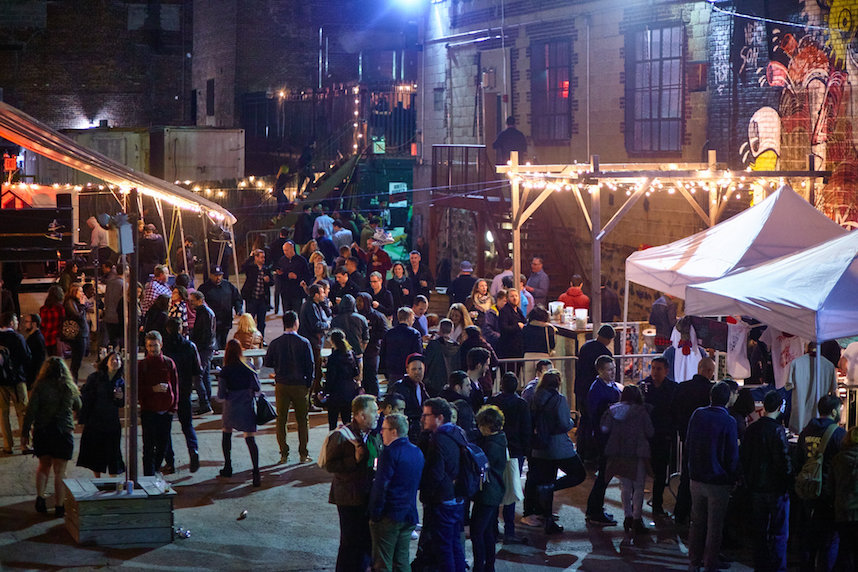 The beer festival format of multiple breweries and tastings in one space is pretty predictable. Brooklyn Brewery’s Beer Mansion takes the same general idea, and blows it up into something much more creative and experiential. This is the second year the Brewery is bringing the concept to its hometown (each year it travels through Europe and the U.S.) and for their second Williamsburg edition this weekend they’ll have six other local craft breweries along for the ride at Weylin, where they’ve transformed the iconic, former bank into multiple rooms, like a Speakeasy and Arcade, and added food and live music and fun partners like Barcade, Rough Trade and Oddfellows ice cream. Beer is not the only adult bev on offer, either —Brooklyn Brewery co-founder Tom Potter of New York Distilling Co. has created some special cocktails for the weekend. Tickets start at $65 and there are three different sessions to choose from: Friday, April 13, 6-10pm, Saturday April 14, 12-4pm or 6-10pm.