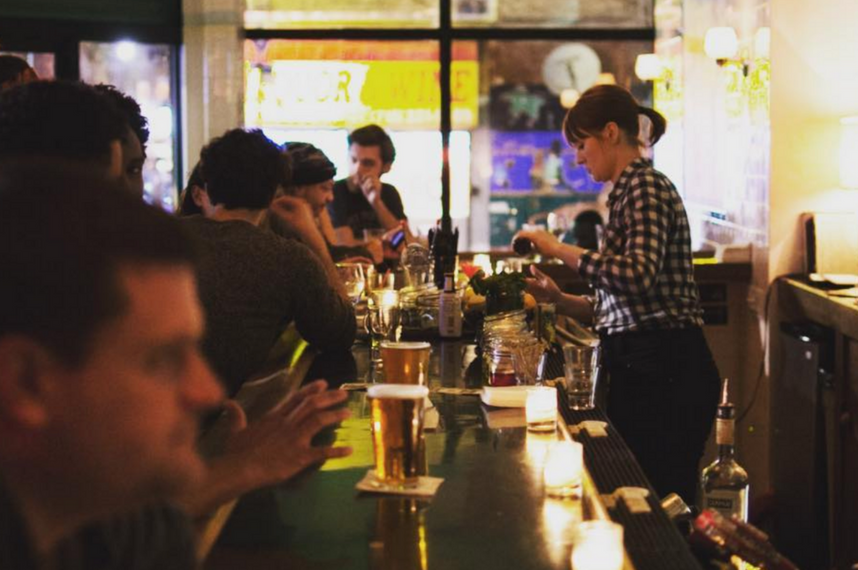 Our first Immersion of the year is this Saturday, May 19, and while the weather could be a tad better, it’s nothing that a few Brooklyn Brewery beers, Mighty Quinn’s BBQ, Crabby Shack tacos and other Crown Heights treats can’t cure. The day-long beer, food and shopping crawl runs from noon to six, and a $15 ticket will give you four Brooklyn Brewery beers (one each at Berg’n, Two Saints, Nostrand Avenue Pub and Super Power) plus tons of deals like free coffee and 35% off a book at Café Con Libros, beer specials at King Tai and Covenhoven, and specially priced lunches at Mighty Quinn’s, The Crabby Shack and Landhaus. You can buy tickets online or day of at Berg’n (899 Bergen St. between Classon and Franklin) between noon and 1pm, where we’ll be handing out envelopes of “Walking Around Money” to spend in the neighborhood and giving away goodies to the early birds.