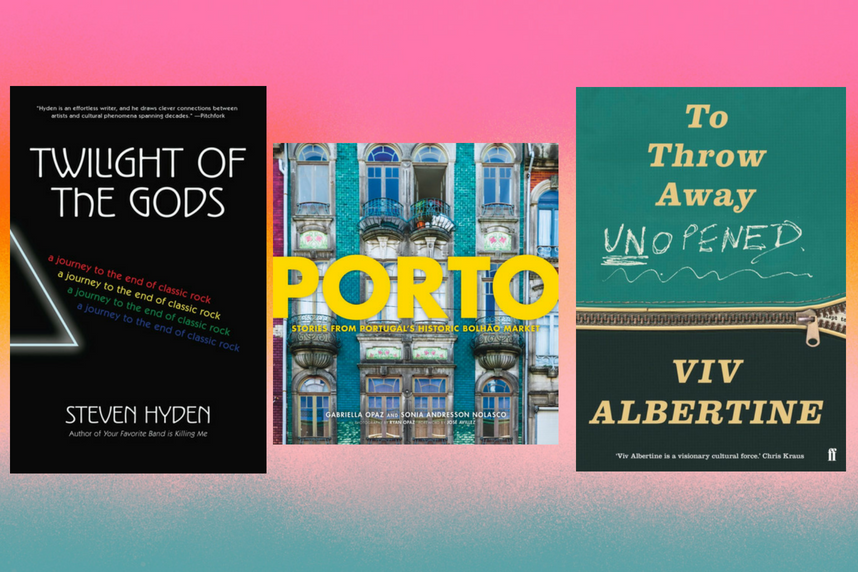 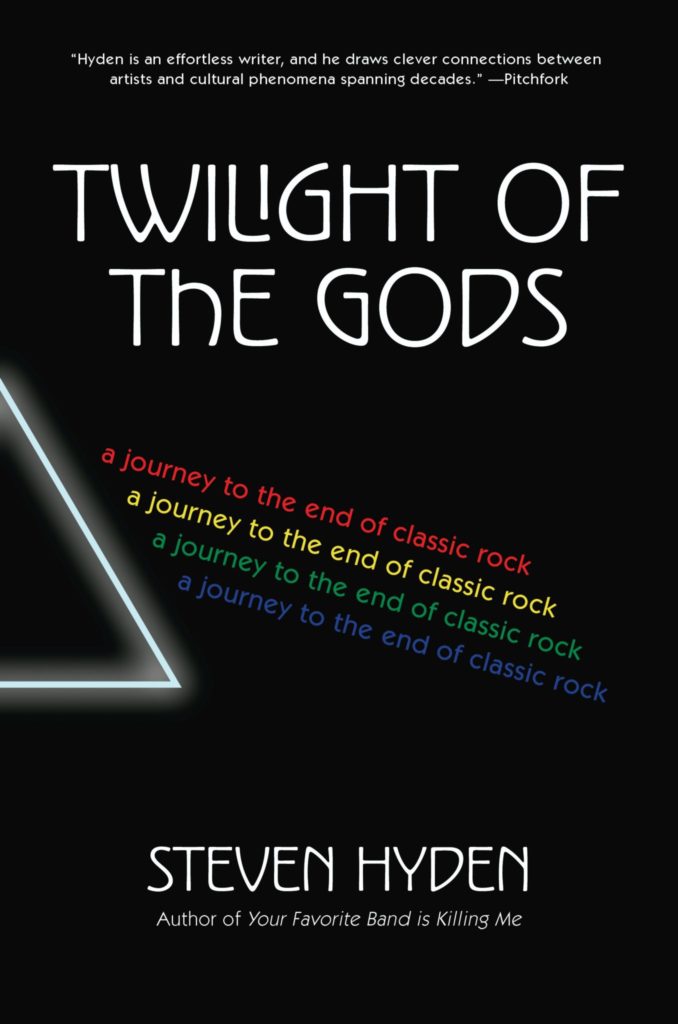 More than just a setting where you can hit the water, work on that much-needed tan, or build sand castles with the kids, the beach is also the perfect place to curl up with a good book. While there is no question most people will be diving into the latest Stephen King thriller or catching on the Fifty Shades and Game of Thrones franchises, there are also some newly-published, under-the-radar titles that deserve a look. Spanning the subjects of music, travel and food, and memoir, these three books will surely keep you entertained as you’re soaking up the sun.

Twilight of the Gods: A Journey to the End of Classic Rock
By Steven Hyden
Published by HarperCollins, $25.99

The last couple of years have been pretty hard for classic rock fans, notably with the number of deaths of beloved musicians that occurred: among them were David Bowie, Prince, the Eagles’ Glenn Frey, Motorhead’s Lemmy, Leonard Cohen, and Tom Petty. Then a number of equally iconic acts such as Elton John, Joan Baez, Neil Diamond, and Lynyrd Skynyrd announced they were retiring from the road. And with the popularity of streaming and downloading music, the record album has taken on less significance for young listeners who can now choose to buy and listen to individual songs and make playlists instead. It’s those factors that makes Twilight of the Gods, a new book by music journalist Steven Hyden (You’re Favorite Band Is Killing Me) so timely. Tackling the historical and mythological aspects of the genre, it’s an enjoyable trip down memory lane for generations of rock fans who grew up to the music of the Beatles, the Rolling Stones, Bob Dylan, Led Zeppelin, Bruce Springsteen, Pink Floyd; for fans including myself, listening to classic rock was a crucial rite of passage during one’s teen-aged years. Yet Twilight of the Gods is also quite sobering as our heroes are either getting older and dying, while others are still hitting the road and making albums with varying degrees of quality. Twilight of the Gods will leave you wondering what’s going to happen to rock and roll music after these veteran artists are gone, and who and what are going to take their place. It partly explains why and many others of my generation or earlier will be seeing artists such Elton John and Steely Dan on stage in the immediate future because we don’t want to miss out when they finally call it a career…or worse. 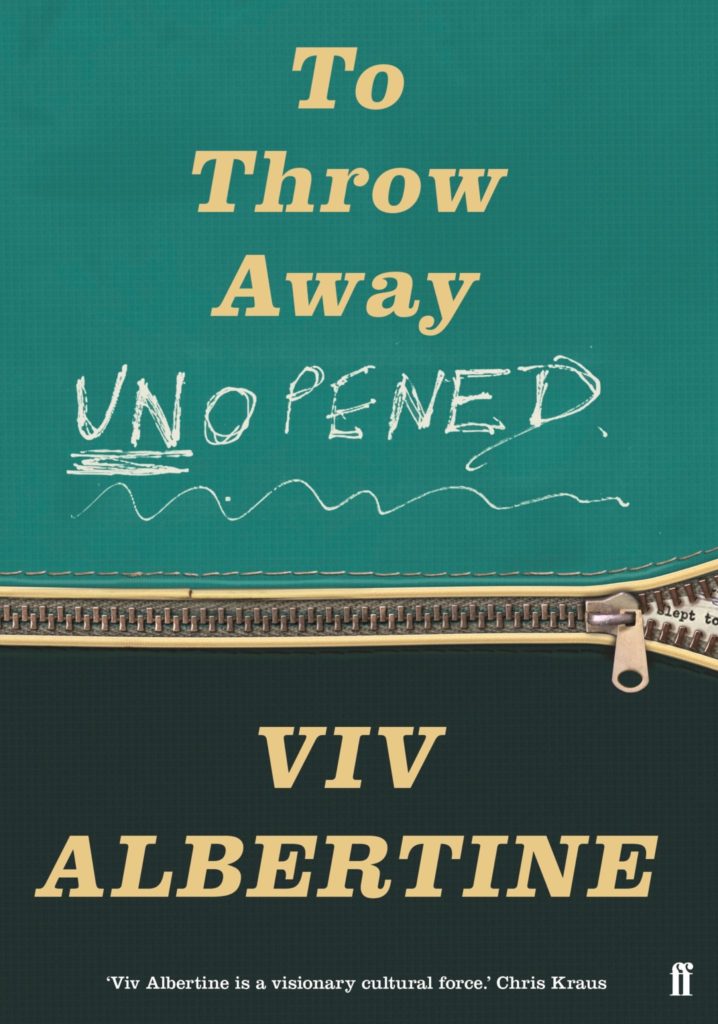 To Throw Away Unopened
By Viv Albertine
Published by Faber & Faber, $24.95

Viv Albertine, the former guitarist for the legendary British female punk group the Slits, made a splash in the literary world in 2014 with her first-ever book, Clothes, Clothes, Clothes. Music, Music, Music. Boys, Boys, Boys, which chronicled her life through ‘70s punk rock; her retirement from music during the ‘80s and ‘90s as she embraced marriage and motherhood; and her comeback as a performer in her 50s. Critics were wowed by her eloquent yet unsentimental writing style. Now Albertine returns again with a second memoir, To Throw Away Unopened, and like its predecessor, it’s is equally brutal and devastatingly frank. The death of her 95-year-old mother Kathleen, which occurred ironically on the night of Albertine’s book launch for Clothes four years ago, serves as the frame for this new book. Less-music focused, To Throw Away Unopened examines dysfunctional family relationships within Albertine’s household during the author’s childhood, particularly involving her cruel and abusive father. In addition to recalling the past, Albertine looks at present-day issues such as feminism, sexism, and the challenges of dating and raising her daughter as a single woman—all of it quite fitting in the era of #MeToo. Memoirs by celebrities often have a tendency to sugarcoat things and have everything wrapped up in a neat little bow; To Throw Away Unopened isn’t one of those. It serves to confront the romanticized myth of the ideal perfect nuclear family, and does so in a way that is unsettling, realistic and honest. 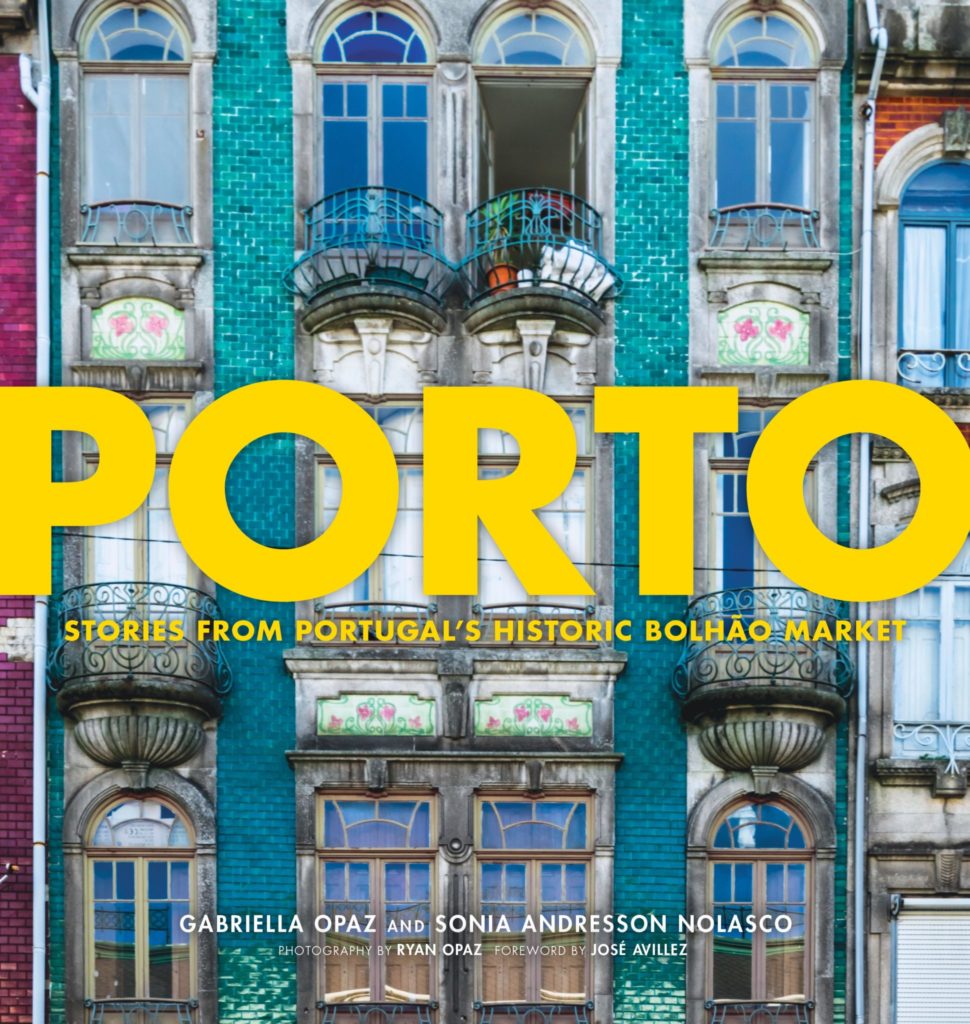 With summer representing the height of travel season, the natural inclination for those interested in visiting Europe is to look at popular cities like London, Paris, Madrid, Rome, and Berlin. But for the more adventurous traveler, the city of Porto in northern Portugal might be a worthy and fascinating discovery. The second largest city in the country after Lisbon, Porto is known for its historic and lively open-air Bolhão Market, which has been around since 1914 and is where vendors sell a rich variety of produce and foods. A new book, Porto, by co-authors Gabriella Opaz (an American now living Portugal) and Sonia Andresson Nolasco (a native of Portugal who grew up in New Jersey’s Ironbound section, which is known for its Portuguese population) tells the story of Bolhão through the eyes of its longtime vendors who spent their lives working in the open air market; the lively and photographs capturing the scenes of daily life at the market, with the proud vendors showcasing their wares. Among the many and interesting food items distinct to Portuguese culture referenced in the book include the paezinhos (a breakfast sweet roll); sardinhas (sardines); frango no churrasco (chargrilled chicken); and leite creme (a custard pudding); recipes are littered inside Porto as well. More than just a market, Bolhão is a vital community that faces an uncertain future with more modern ways of producing and selling food. As the authors write: “For decades, this market was the communal playground for the city, the place where everyone came for fresh fish, juicy gossip, and courting cards for beautiful young vendors. It was a village unto itself, a self-sustaining organism that breathed excitement. It pumped with life, coursed with activity, and drew in people from across the entire region. It was the place to be, a magnet of hope and the heartbeat of Porto.” One definitely feels that sentiment after reading this lively and sumptuous travel and culinary book.