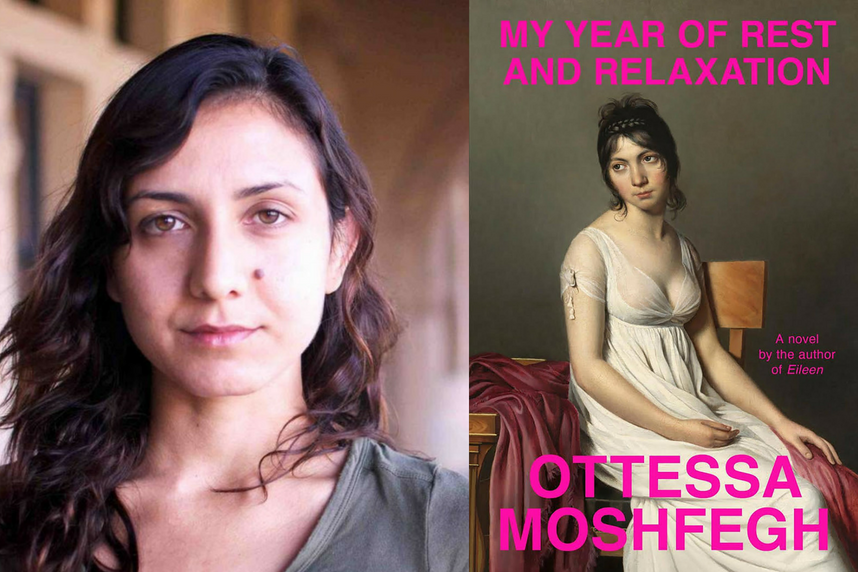 My Year of Rest and Relaxation
By Ottessa Moshfegh
Penguin, 2018

The unnamed narrator of Ottessa Moshfegh’s My Year of Rest and Relaxation might be the only person to consider Rip Van Winkle a role model, and interpret his story as a practical self-help plan for the depressed.

“Oh sleep. Nothing could ever bring me such pleasure, such freedom, the power to feel and move and think and imagine, safe from the miseries of my waking consciousness,” she sighs, a recent college graduate fed up with her art gallery job (which she quits in an inventive, if gross fashion), her jealous college friend Reva, her on again-off again boyfriend Trevor, and her memories of her parents’ deaths. Neglecting the glamor and promise of New York City in the year 2000, she channels all of her ambition, energy, and ample inheritance into a single goal: sleeping for a year.

With the help of a comically terrifying psychiatrist, Dr. Tuttle, she embarks on her journey toward a coma powered by a variety of pills, upwards of a dozen a day. Sure some of these drugs cause blackouts and hallucinations, but as the doctor says, somehow with a straight face, “They’re mostly pleasant visions, ethereal spirits, celestial light patterns, angels, friendly ghosts. Sprites. Nymphs. Glitter. Hallucinating is completely harmless. And it happens mostly to Asians. What, may I ask, is your ethnic background?”

The narrator technically lives in New York City, but she might as well only live in her mind. Her life becomes contained, measured in stretches of sleeping, watching movies on VHS, venturing only as far as her local bodega, breaking only for visits to Dr. Tuttle and once, to Reva’s mother’s funeral. The reader’s only sense of time is in the headlines the narrator reads on her bodega trips, and her unsuccessful search for a VCR once hers breaks, the world having moved on to DVDs while she drugged herself fast sleep.

That routine makes the plot drag in the middle, until the narrator, with her usual array of medications failing her, resorts to a new drug called Infermitrol, which causes activity-filled though quickly forgotten blackouts that help move the plot along.

My Year of Rest and Relaxation is as uncomfortable as it is captivating. Moshfegh’s descriptions of the numbing power of depression are so accurate they’re palpable. I had to put down the book a few times when she described how her muscles weakened, her sheets covered in sweat. She’s scarily good at capturing both the dramatics and monotony of anxiety and depression, and even the moments of odd superiority that poke through the hopelessness, the way she looks at Reva’s workouts, diets, self-help books, and desire to engage with the world with disdain.

Many of us, in dark moments, have longed for the release of sleep. This narrator is the rare person who actually tries.