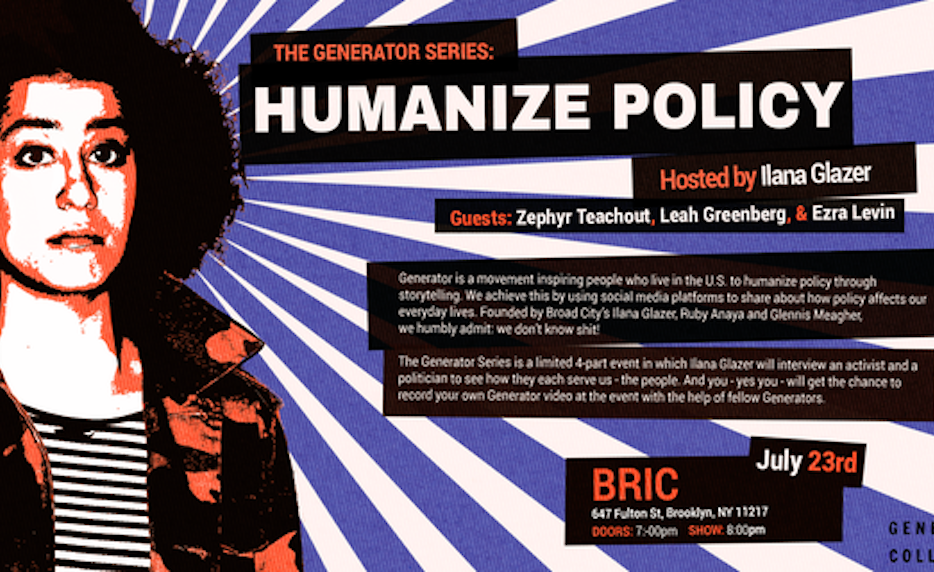 Here’s a tip from someone who spends a lot of time scouring the Internet for goings on about Brooklyn: There is no better indicator that something is going to sell out immediately than the involvement of Broad City’s Ilana Glazer. Just yesterday, The Bell House and BRIC announced that they are teaming up to sponsor The Generator Series, which consists of four politically-focused events hosted by Glazer at the BRIC House Ballroom, and I can’t imagine tickets are going to hang around long. The first installment of the series, which features special guests and Indivisible founders Ezra Levin and Leah Greenberg, is at 8pm this Monday night, and tickets are $25 each; Cynthia Nixon is the main draw for the July 31 event.