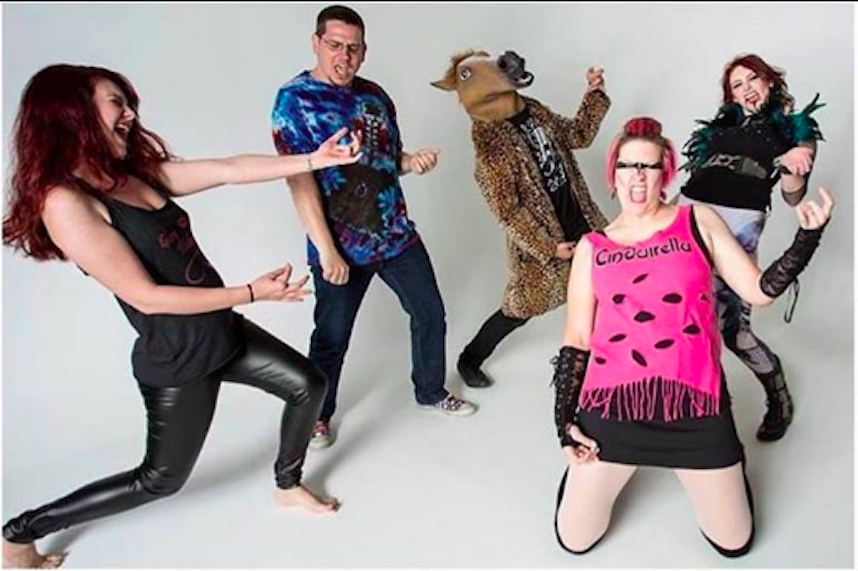 If a trip to the beach is on your radar this weekend, avoid the Belt Parkway and ride the rails instead– this Saturday, August 4, the New York Transit Museum is running a vintage R-1/9 train from the ‘30s from Court Street to Beach 116th Street, complete with live jazz from Cait and the Critters. To The Rockaways by Rail shoves off at 11am and returns at 5pm, giving you plenty of time for fun, sun, tacos, and pina coladas. Tickets start at $25 and are available here. Later on, you can head over to Rough Trade for the 2018 U.S. Air Guitar National Finals, which brings the victorious axe grinders from regional competitions in 20 cities all over the country to battle each other for the chance to represent America in the world championship later this year in Finland. Tickets are $18 each and the show starts at 8pm.

Or take it slow and catch one of two outdoor movie screenings brought to you by Rooftop Films. Black Panther is free at 7:30 at Brooklyn Army Terminal. As it’s one of the few things you can do right off this South Brooklyn Ferry stop, you could even arrive by boat.

Prospect, a sci-fi space travel flick starring Jay Duplass, will be projected at Green-Wood Cemetery at 9pm for $16 per person, which includes live music and an after party. (Both are featured on our free August outdoor movie calendar—have you printed yours out yet?)