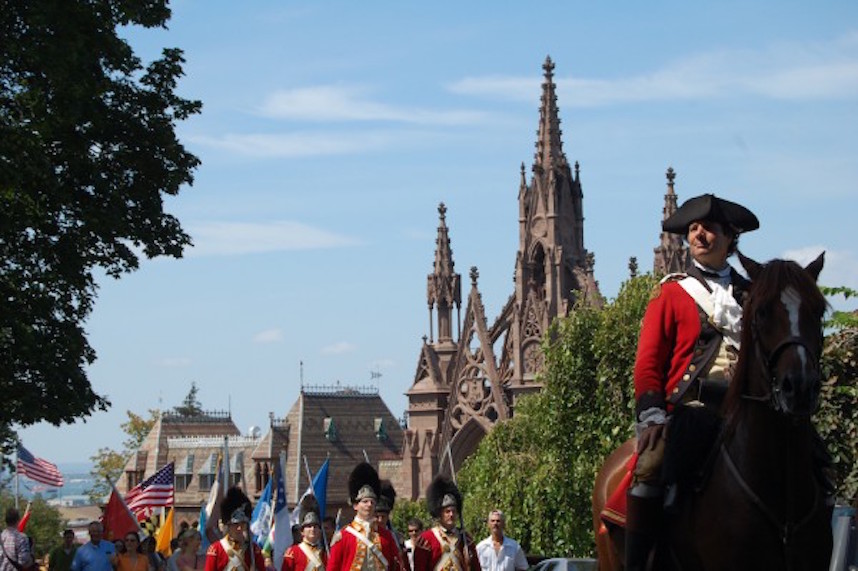 Did you know that the first major battle of the American Revolutionary War after the US declared its independence—which also turned out to be the largest battle of the entire war—happened right here in Brooklyn on August 27, 1776? All it takes is to dig a little bit past the modern-day soccer games at the Old Stone House, hipster bars in Gowanus, or picnics in Green-Wood Cemetery to unearth a wealth of local history, artifacts, and folklore surrounding George Washington and his troops and the beginnings of this nation. This Sunday, August 26, you can get a crash course by heading to Green-Wood’s annual day of commemoration, which includes re-enactments, cannon fire, a march to Battle Hill with the Regimental Band of the US Merchant Marine Academy, and a ceremony honoring the heroes of the battle from the highest point in Brooklyn. All of those events are free and unticketed from 11am-2pm, but unfortunately the one paid component, a trolley tour led by local historians, has already sold out. If the scholar in you still wants to get your info from a source who really knows, though, there is a Battle of Brooklyn Neighborhood Walk led by Hunter College Archaeology Professor William J. Parry happening from 2pm-5pm that afternoon. Tickets to that are $12, and the tour meets at Grand Army Plaza and ends at the Old Stone House.