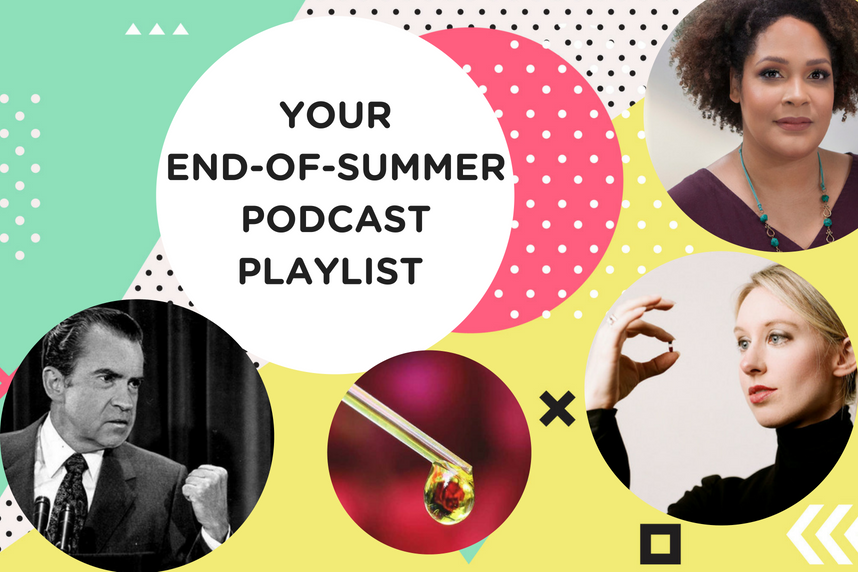 For our latest podcast roundup, I used a few tricks. Wilson FM, a podcast magazine recommended by contributor Meredith Craig de Pietro, curates episodes for you thematically. It’s a gateway to unexpected and obscure shows, and it’s where I found one of the episodes on this list. OwlTail lists the top 10 most downloaded episodes of major podcasts, and while it looks and feels like a slightly more educated game of eeny-meeny-miny-moe, it does give you a place to dive in. (If you use the Apple Podcasts app, it often presents the most popular episodes first, too.) But the best suggestions came from friends and fellow writers. Together with BB contributor Kara Zuaro, we found eight engrossing episodes for your commute. 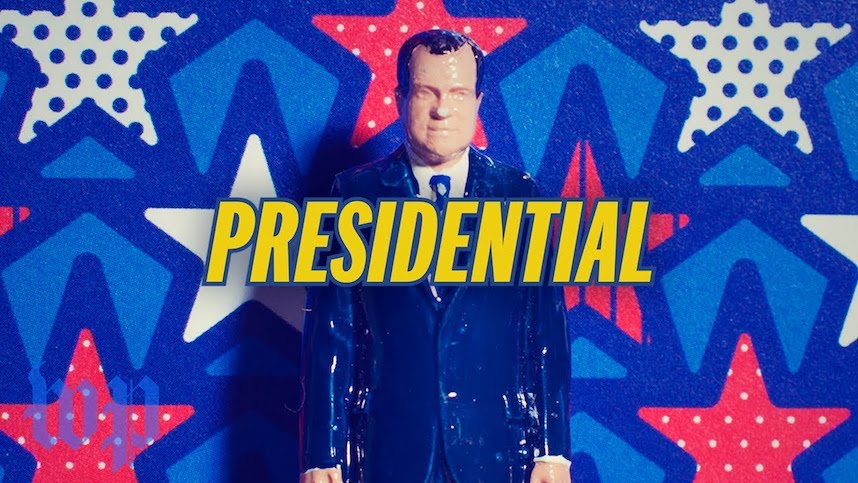 In the leadup to the 2016 election, The Washington Post produced a podcast series called Presidential, which devotes an episode to each president. And what better president to begin with, in our situation, than Nixon? Host Lillian Cunningham interviews none other than Bob Woodward for this one, and while you will not walk away knowing everything about Watergate—Slate has an entire series on the topic if you want a deep dive—you will gain a sense of how Nixon’s hatred of the press and his opponents sabotaged his legacy. It’s easy to forget that this was released prior to the 2016 election, so the comparisons to the current administration will be mostly in your head. One thing stood out, though, as unique to that time: both Republicans and Democrats opposed their lying president.—N.D. [Hear the episode]

There Goes the Neighborhood: The Williamsburg episode

WNYC Special Projects Editor Rebecca Carroll recommended this episode, which she reported and produced two years ago as part of the series, There Goes the Neighborhood. In light of the recent New York Times story about the new high-rent districts of New York, it’s instructive to revisit the story of Williamsburg, one of the first Brooklyn neighborhoods to experience skyrocketing rents after Bloomberg rezoned its waterfront from industrial to residential use. Following a brief segment about gentrification in San Francisco, the episode shifts coasts, and examines one terrible developer’s mission to uproot a rent-stabilized tenant from her home on Bedford Ave., and a harrowing night for a woman of color and her friends in hipsterville. You will be happy the Crown Victoria closed.—N.D. [Hear the episode] 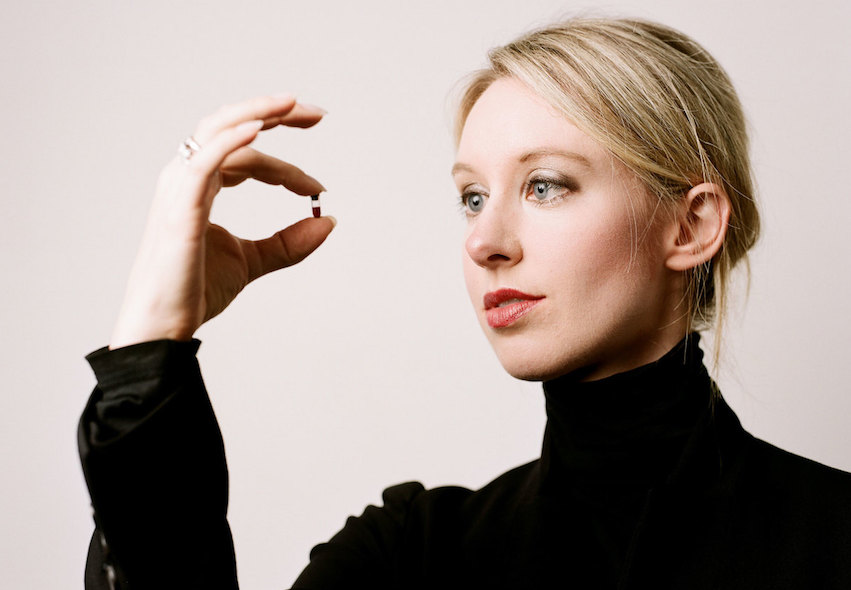 Masters in Business: The Theranos episode

How f*cking crazy was that woman who started Theranos?! In conversation with host Barry Ritholtz, Pulitzer-prize winning reporter John Carreyrou recounts his odyssey in breaking the news that Elizabeth Holmes’ biotech startup was a massive con as part of the Masters in Business series. Not only do you learn how fraudulent and foolish her promise was, to use a pinprick of blood for all blood testing, you discover how aggressively Theranos’s lawyer David Boies harassed anyone who dared speak the truth to the press. It makes Carreyrou’s account, which he detailed in his book Bad Blood, that much more thrilling.—N.D. [Hear the episode]

Listeners deemed this episode from 2012 the best out of the series’ first 10 years. In it, David Sedaris reads and discusses “Roy Spivey,” by Miranda July. For anyone who wants to hear a short story read beautifully and heartbreaking-ly and hilariously, this is episode is the absolute best.—Kara Zuaro [Hear the episode] 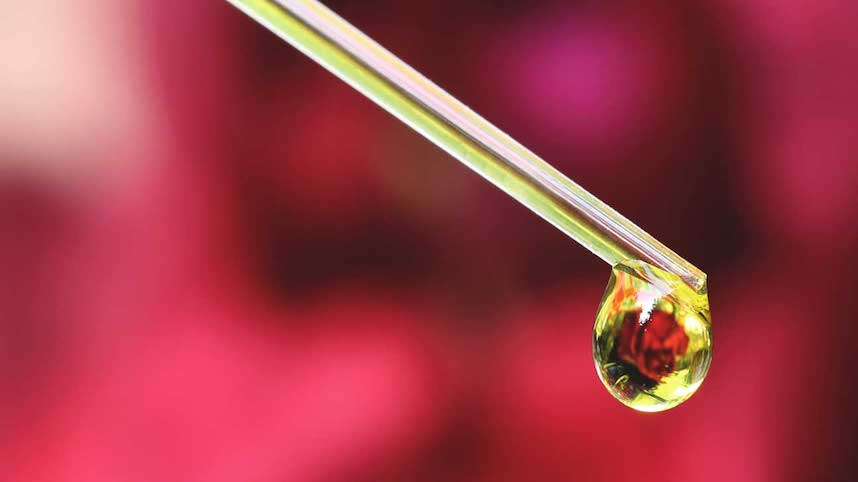 Reply All: The Microdosing episode

Ever since Ayelet Waldman swore that microdosing saved her marriage and her life, it has made even the LSD-averse curious about trying psychedelics. In this episode of Reply All, which came recommended by BB co-founder Chrysanthe Tenentes, co-host PJ Vogt and the show’s senior producer Phia Bennin give it a whirl, at work, without telling anyone. Listening to their experience is sobering.—N.D. [Hear the episode]

If These Ovaries Could Talk: The 5 Parents 2 Kids episode

Typically when I think of fertility issues, I think of them in hetero terms, so this podcast is a refreshing switch up. In it, two lesbian hosts, Robin Hopkins and Jaimie Kelton, talk about the challenges and experiences of gay families having babies and invite guests to discuss their non-traditional families. This particular episode feels incredibly uplifting, like listening in on a lesbian-only edition of The View. They invite a Park Slope couple, two African-American women, onto the show to talk about the many parents in their family, how they fell in love with each other, and how it all magically works. Even though they admit they have raised their kids in the bubble of Park Slope, one of the mom’s frequent mantras to her children is to “expect acceptance,” and you feel happy to hear that their children have mostly experienced that in their lives. It’s a real humanity-affirmer.—N.D. [Hear the episode]

If you need a little boost in your journey toward body positivity (or if you just want a little background on the anti-diet perspective), Christy Harrison’s Food Psych podcast might change your life. Her no-holds-barred conversation with Ijeoma Olui, author of the New York Times Best-Seller So You Want to Talk about Race, goes deep into thin privilege, fatphobia, Health at Every Size, and the issues of food access for low-income people.—K.Z. [Hear the episode]

Getting Curious with Jonathan Van Ness: The bee episode

If you’re a Queer Eye fan who has yet to embrace JVN’s podcast about his insatiable curiosity about all things, welcome home, henny! Definitely start with the fascinating and very funny bee episode with Professor James Nieh.—K.Z. [Hear the episode]