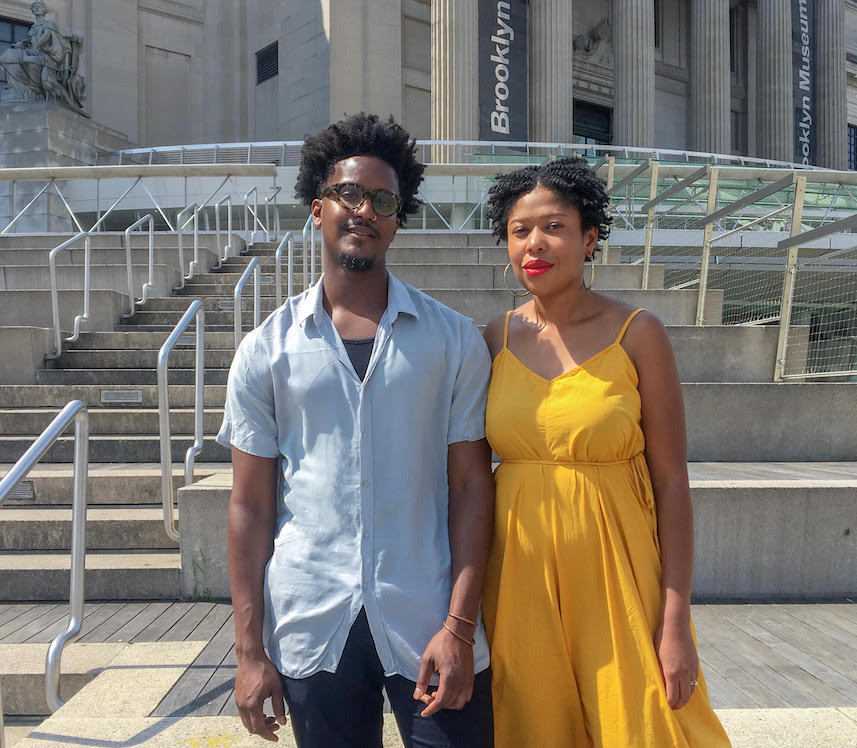 What we buy and where we buy it matters. The success of online protest campaigns like #GrabYourWallet proves that people care about where their money is going, and how it will do the most good. The buy local movement taps into the same gratifying feeling. Small businesses help to grow a neighborhood into a community by bringing people together, and buying from independent shops strengthens a neighborhood’s economy.

Six months ago, another kind of shop local campaign began on Instagram, dedicated to the many small businesses in Brooklyn run by African-American entrepreneurs. Founded by Philly native Cynthia Gordy Giwa and New Yorker Glenn Alan, their Black-Owned Brooklyn account is a virtual Green Book for the 21st century, documenting Black business owners from Bed-Stuy to Flatbush through lush, detailed Instagram photos. I chatted with them about their inspiration and the impact of their Black-owned vision.

Whose idea was this?

Cynthia: I came up with the idea after noticing a concentration of Black-owned businesses in Bed-Stuy in particular where I live. I was trying to find more information about these creative beautiful businesses that I was seeing around me and discovered that a lot of them were not being written about. I was looking for information on the people who owned them and the inspiration behind certain concepts. Instead of saying, someone should be writing about this, I decided to take it on as a project and invited Glenn, a good friend of mine, to do it with me.

How many places have you profiled so far?

Glenn: About fifty. And except for one, they are all still in business.

What was the inspiration behind the portraits of the business owners? They’re so intriguing, the way they look into the camera with this steady gaze.

Glenn: Thank you! From the beginning, I wanted to make sure that anyone that I was photographing was being seen in the way that they wanted to be seen. I wanted the subject to be comfortable in front of the camera. The only direction I give them is to be comfortable. Stand how you want to stand, look how you want to look. And generally, they’re gazing into the camera in that way.

It’s so simple and straightforward.

Glenn: Yes, the straightforward shot. We want to show them in their best light, doing the work that they’re doing—either starting work or finishing the thing that they do every single day. So I just wanted it to be as real as possible. We try to edit the photos as little as possible, too. I brighten up the photos sometimes but I try to capture the moment as it is so people can see the business owners for who they really are.

I can really see and feel a difference when we photograph ourselves. It is so empowering—and it made me more curious about each business.

Cynthia: The pictures of the business owners are typically posted in threes—person, place and product—and the person post is almost always the most popular post in terms of likes and engagements, so that’s definitely resonating with our readers as well.

Do you get a lot of feedback?

Cynthia: We’ve had great responses from the businesses. It’s always really rewarding when they tell us that we captured them exactly right. I speak often about the culture that we’re documenting. We’re not discovering something new. We’re celebrating something that’s always been here in Brooklyn. It’s really about the business telling their story on their terms—something that we really try to be careful about. We’ve only had a positive response as to how the stories come out. I’ve definitely heard from business owners that say there has been an increase in foot traffic and more followers on their social media platforms. I think that the part of this project that’s designed to be local service-oriented is definitely working, that people are going to these businesses.

How do you manage this with your day jobs?

Glenn: We just do it. We typically dedicate one day of the week, either a Saturday and a Sunday, to go see two or three businesses at a time. We line them up and shoot the businesses one by one on one of the days and then the night before we post, we’re working after work—after our day jobs—to put together the posts that we typically put out on Tuesdays and Thursdays. So we’ve built a routine over the last few months and I think we’ve found our stride as to how to make it work for both of us.

What neighborhoods are your primary focus?

Cynthia: It’s our goal to be comprehensive of all of Brooklyn. For a few months, we were concentrating on business in Crown Heights and Bed-Stuy because that’s where we live. We were writing about places we knew and places we frequented but we also wanted to make sure we were reaching other places. We’ve also had a lot of businesses based in Flatbush, Fort Greene, Prospect Heights. Just trying to spread out as much as we can. There’s certainly no set neighborhood. We’ve done Park Slope, Williamsburg. There’s a place in Canarsie that I want to hit up pretty soon.

What do you think is the effect of portraying Black business owners for the Black community in NYC and beyond?

Cynthia: At its heart, Black-Owned Brooklyn is about elevating and giving reverence to the communities where we live. We strive to tell every story with care and integrity, whether it’s an upscale home design store or a chicken takeout spot. We feature people from different cultures and identities to show the diversity of Blackness, and we also highlight the spaces and celebrations we have cultivated for ourselves (such as Soul Summit or Curl Fest). Especially when our culture, contributions and everyday life are sometimes overlooked in mainstream media, I think Black folks just appreciate having our world documented in this way. Our focus on entrepreneurs also illuminates possibilities and hopefully encourages other people to know that they can do it too.

What do you think is the impact upon your white audience?

Cynthia: For white readers, I think Black-Owned Brooklyn helps them participate more in their community through supporting local, Black-owned businesses. It takes some effort to find these businesses, and our goal is to make it easier for everybody.

Glenn: For me, it’s Breukelen Coffee House. It’s a coffee shop and a workspace that’s only a few blocks away from me. They also have ample space to work which is rare. In a lot of coffee shops, you’re fighting for tables and outlets. They have plenty of space to work and it’s just a really cool environment.

Cynthia: One of my favorite places for coffee is actually a Haitian bakery called Kafe L’Ouverture. In addition to really good coffee, they have amazing patties and homemade soups, and the space is designed with Haitian art, books and artisanal products.

Note: This story was updated with the correct research and posting schedule for Black-Owned Brooklyn; we’d initially published the wrong days.