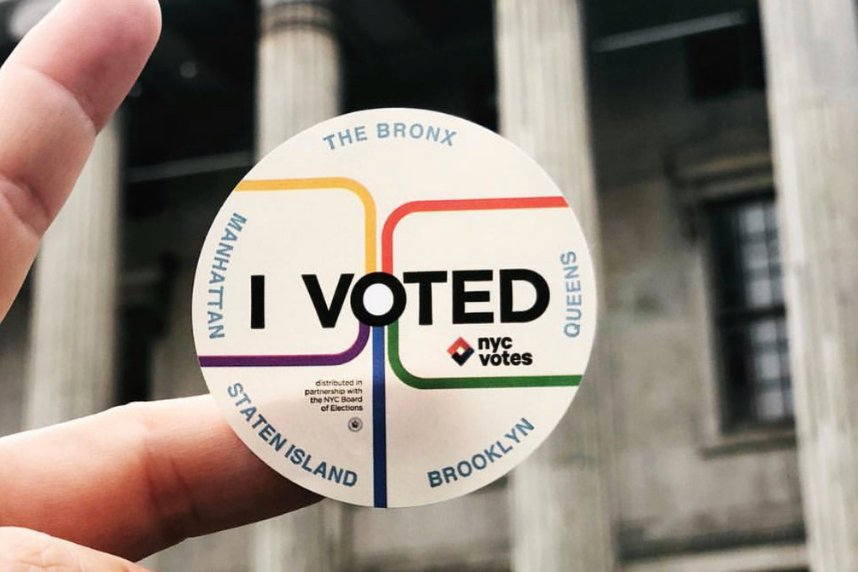 Primary Day in New York is here, the penultimate moment for those of us who, in the wake of Trump, are dead set on voting in progressives—or just voting period—in every election until the blue wave is complete.

Patch published an exhaustive, unbiased primary guide to every candidate in Brooklyn, except for judicial candidates. For those, the NYC Bar Association has a very basic approved/not approved list, and for a deeper dive, The Brooklyn Eagle reported on a recent town hall with the candidates.

This is our very brief, biased voting guide.

The band of Democratic senators who went rogue beginning in 2011, and voted with Republicans as an independent bloc known as the Independent Democratic Conference, or IDC, in exchange for perks like better leadership positions on committees, disbanded in April. But over the past seven years, they have voted against these 25 progressive acts that the New York State Assembly passed—and gave Cuomo cover, since these bills never reached his desk.

After years of not voting as true Democrats, it is foolish to trust IDC members’ commitment to their own party or to reward them for defecting. Even MoveOn.org is supporting four of the 8 IDC challengers in this election. Those representing districts in Brooklyn include Zellnor Myrie, Jasmine Robinson and Blake Morris (who, if he wins, would oust the incumbent and lone wolf “Democrat,” Simcha Felder, who has also been voting against party lines, and give Democrats a true majority in the Senate.)

2. Support candidates who will protect you, not corporate interests

The most independent, qualified and well-endorsed candidates for Attorney General and Lieutenant Governor are, respectively, Zephyr Teachout and Jumaane Williams.

For the gubernatorial primary race, Cynthia Nixon is the most independent candidate, but she comes with the fewest qualifications and the least support of party leaders and the city’s major papers. Still, her intentions are clear. She has promised to fix the subways, protect affordable housing, channel more funding to public schools, legalize marijuana, pass single payer, “Medicare for all” healthcare, and codify Roe v. Wade into NY state law. Yet her grasp of the budget is frightening, and her experience is flimsy. But by the logic of the New York Times endorsement of Andrew Cuomo, which called him a flawed candidate whose good governance can only be guaranteed if we elect enough progressives to hold his feet to the fire, I would argue that you can apply that same script to Nixon. Electing the same capable, experienced, “reform-minded candidates”  could have the same effect, only instead of keeping Cuomo’s worst impulses in check, they would ensure that Nixon doesn’t double the budget. A vote for her may only be symbolic given the odds of Cuomo winning. But as the only progressive on the ballot who has not accepted corporate contributions, she is the only real choice to end the culture of corruption in Albany, and prioritize the things that Cuomo has stalled on for years, like repairing the world’s largest rapid transit system so that the country’s largest economy can function.

No matter who you support or your bagel preferences, though, the most important thing you can do  in New York today is to vote. We all need some warming up before the Midterms anyway.