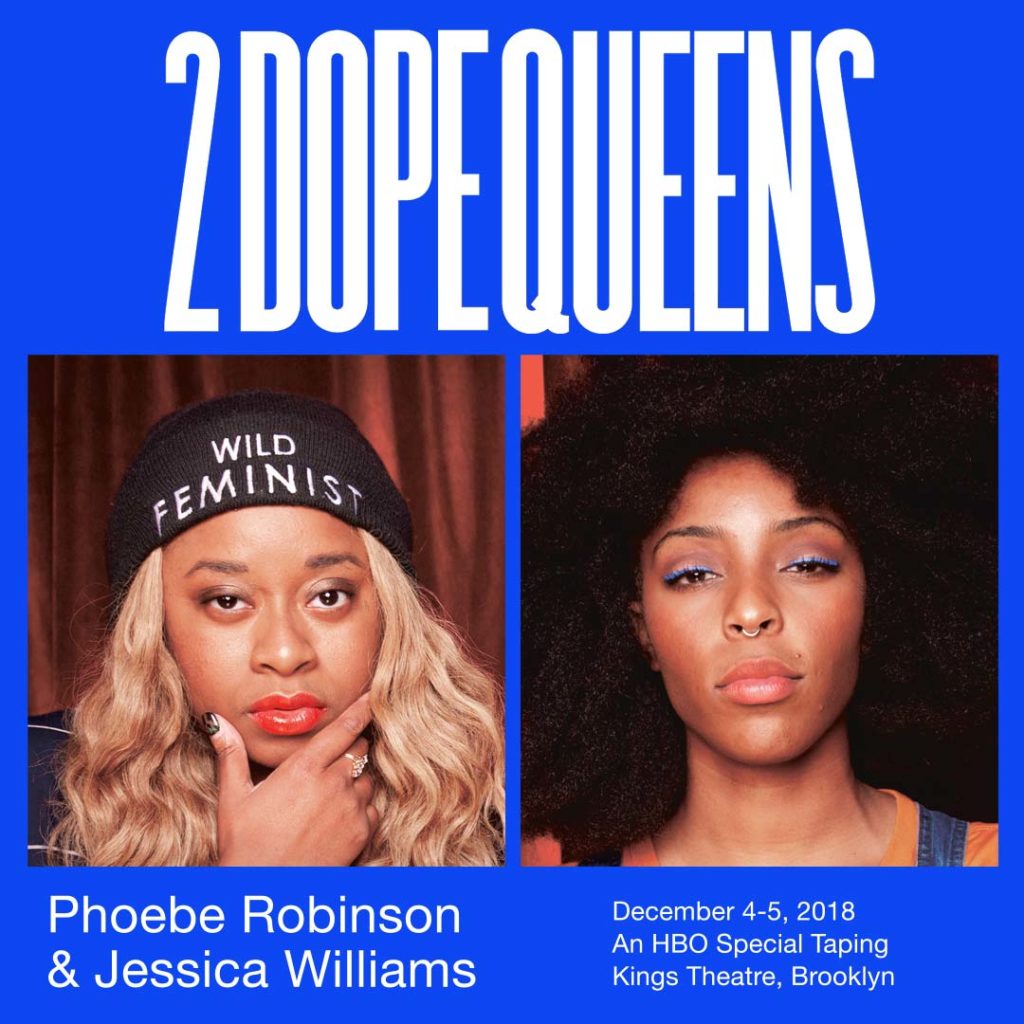 Last year 2 Dope Queens took the leap from podcast to TV, and the HBO episodes were such a hit, they’re recording a second season December 4 and 5. Hosts Phoebe Robinson and Jessica Williams were as laid back and hilarious as ever on camera last year, even in front of packed audiences at Kings Theatre. You could be one of the lucky ones to see them live this year: tickets for their December shows are now on sale.