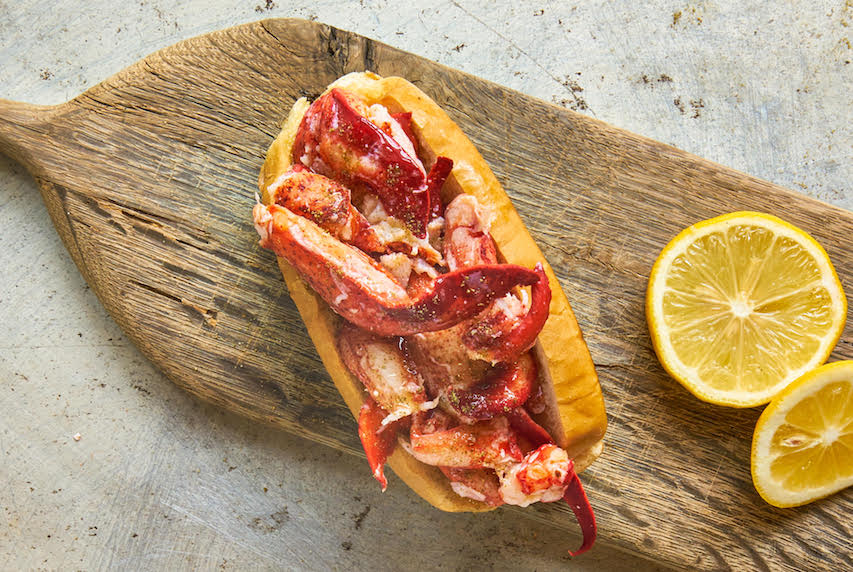 Luke’s Lobster is celebrating National Lobster Day with $14 rolls from Sept. 25-Oct. 1, a throwback to their 2009 pricing when they opened their first shack. New Yorkers can them delivered by ordering through their app. Photo: Luke’s Lobster.

National Lobster Day falls on September 25 this year and two of the city’s most popular lobster joints are celebrating by making it cheaper than ever to indulge in the buttery meat. Red Hook Lobster Pound is offering a $25 lobster dinner special through Sept. 30 during its second annual “Lobster Week,” and Luke’s Lobster is lowering the price of its lobster rolls to $14, its original price when it opened its first East Village outpost in 2009.

Luke’s is sweetening the deal beyond this week, though. Once its $14 special ends on Oct. 1, its ninth anniversary, it will go back to selling lobster rolls for $16, one dollar off its current price, for the foreseeable future. And not just in New York City.

You might not have realized—I certainly didn’t—that Luke’s is now a global business, with 29 locations in 10 states as well as franchises in Japan and Taiwan. 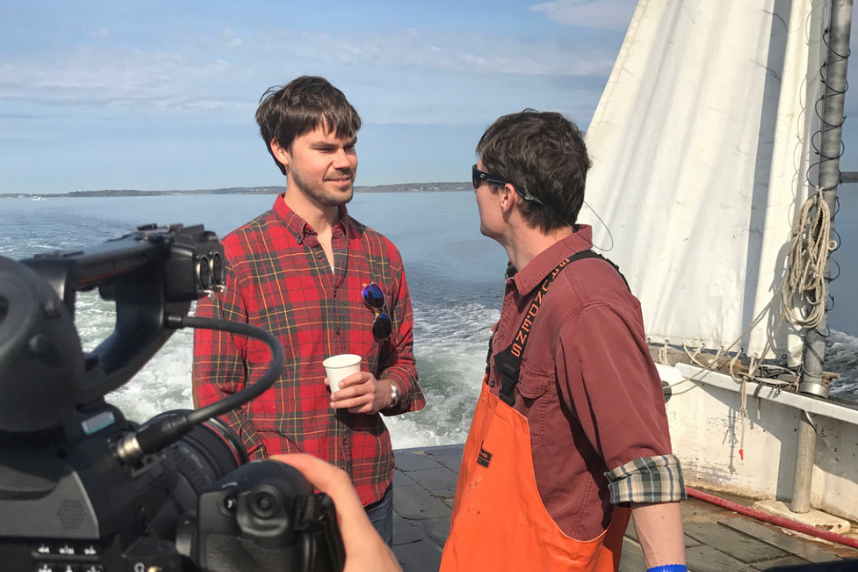 Ben Conniff, left, and Luke Holden, during the taping of CNBC’s show, “Make It,” which profiled Luke’s Lobster this summer. Photo: Luke’s Lobster.

A large part of Luke’s growth comes down to the ownership of its seafood supply. “We are the only vertically integrated lobster company that controls their supply chain from the dock to their guest’s plate (except for those that exist entirely within one dock),” explained co-founder Ben Conniff. This means that they avoid “shrinkage,” the industry term for the poorly packed and processed lobsters that die in transit and costs millions of dollars in losses each year from Maine’s $1 billion dollar lobster industry.

Luke’s—whose other co-founder, Luke Holden, is a third-generation Maine lobsterman—also cares deeply about the people in their employ and the health of the industry as a whole. In addition to certification from the Maine Stewardship Council, becoming a certified B Corp and partnering with The Ocean Foundation, it now supports a fisherman’s cooperative in Maine, buying 100% of its catch and donating 50% of the profits from a nearby Luke’s Lobster to the co-cop as well.

The company is just as conscientious about its price point. Since it opened, Luke’s has never climbed into the $20-plus range that every other lobster roll in NYC fetches.

“We exist as a company for the benefit of all our stakeholders. That means our lobstermen, our pickers in Saco, Maine, our teammates in every shack, and most importantly, our guests. We believe every time a guest pays more than they have to, we’ve failed our mission,’ Conniff wrote by email. And with a trade war currently engulfing China and the U.S., Luke’s is using this moment to treat its guests to a price adjustment.

Out of the nearly 111 million pounds of Maine’s overall lobster haul last year, roughly 18 million pounds were sold to China. This July, though, China responded to Trump’s trade war by slapping a retaliatory 25% tariff on goods including Maine lobster. Now Maine lobster exports to China are down by 30%, though some companies have suffered even bigger losses. One lobster dealer reported that in 2017 it sold 300,000 pounds of lobster in July and August to China. This year during those same months, it sold just 30,000, a 90% shortfall. (Cheaper Canadian lobster is filling China’s demand instead.)

The press release announcing the discount tied it to the trade war. “To support lobstermen and grow domestic demand, Luke’s is making the exceedingly rare decision to lower their long term-menu price…,” it read. But Conniff demurred from calling it a political statement.

“Honestly, our ability to lower our price is not just based on the tariffs or the boat price; it’s our ownership of the supply chain that allows us to improve our quality and be more efficient,” he explained by email. “Speeding up the time it takes to load lobster at the dock and get it stunned and cooked; asking our lobstermen to pack fewer lobsters per crate when the summer heat spikes—things you can’t accomplish if you don’t know lobstermen personally—means we get stronger lobsters in the door, which means we get more, better meat from every pound of lobster, which means our cost goes down. This obsession with improving how we do things, combined with the effects we think tariffs will ultimately have, is what led to this decision.”

The $16 rolls will be on the menu at all of Luke’s U.S. shacks and will hopefully encourage more sales; if not, the company could lose up to $1.5 million on this dollar off deal. Conniff doesn’t think that will be the case. “This campaign is fundamentally about more people paying less money to eat better lobster than they’ve ever eaten.”