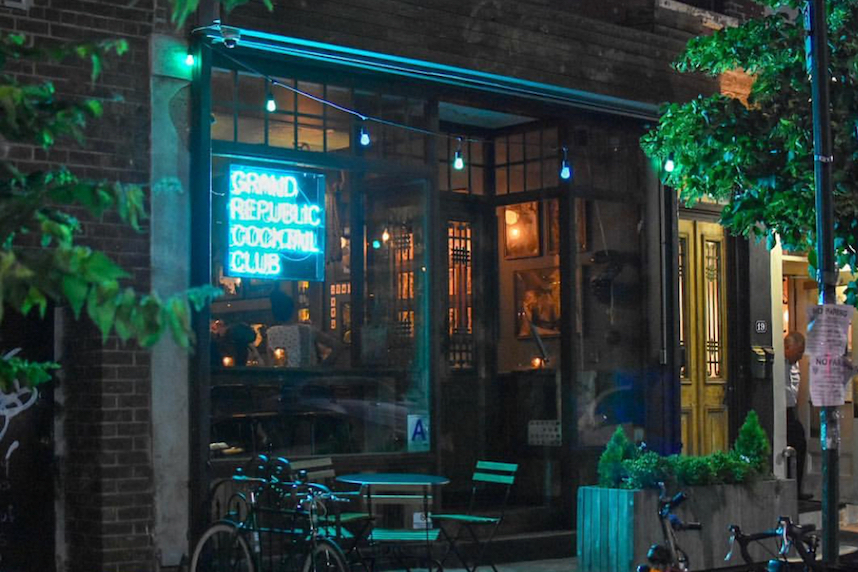 Anyone who thinks the craft cocktail scene in Brooklyn has grown tired would be wise to sail on over to the Grand Republic Cocktail Club in Greenpoint, a nautically themed fancypants gin joint that feels like anything but a watering hole.

On the waterfront edge of Greenpoint Avenue, the Grand Republic is helmed by veteran mixologist Johnny Swet (Oscar Wilde, JIMMY at The James), who spent seven years in the Navy. Neon signage that feels like a beacon leads you a dimly lit interior with wooden beams and throwback maritime references in the just-on-the edge of kitschy design. The cocktail bar, which opened nine months ago, is a homage to its namesake, a wooden ship destroyed by fire sometime in the 1800s and rebuilt in the East River just a stone’s throw away. Rumor has it that some of the shipbuilders lived in the space that is now home to a warm and welcoming spot to drink your $13 cocktail very slowly, the better to keep your wits about you and savor every last sip. (A rotating $10 cocktail is available during the daily happy hour from 5 to 7pm.)

Friendly, attentive and knowledgeable bartenders serve up stiff, sophisticated drinks steeped in a classic style but with unexpected twists that manage to feel innovative even for those among us who feel we’ve seen it all before. We were sad to see the last drop of our Sarsaparilla go; bourbon, bitters, and a root-beer flavored elixir was the perfect blend of smoky and sweet ($13). And the Navy Grog ($14) is a Caribbean style rum-based cocktail with Falernum and pineapple bitters that goes down just a little too easy; gorgeous to taste and to look at with a pineapple garnish and a sturdy wooden straw. Also recommended is the G.R.C.C. Collins ($13), the Grand Republic’s sophisticated signature cocktail: Vodka, elderflower, muddled grapes and cucumbers, mixed with seltzer, lemon and a whiff of rosemary. 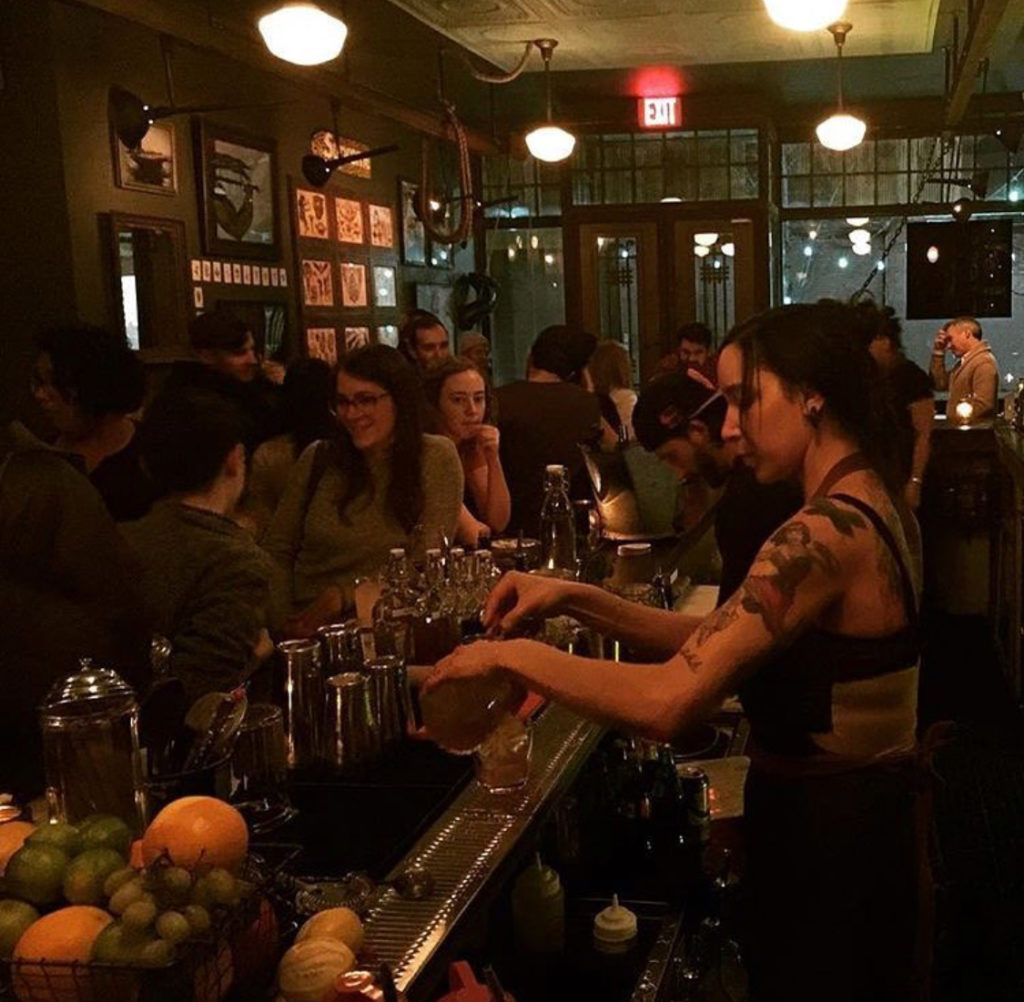 We regret to inform that you we were not brave enough to try the Truffle Martini, which is exactly what it sounds like: Truffle-infused Tito’s vodka, vermouth, and a touch of truffle mushrooms. It comes with a rosemary garnish you can watch the bartender set aflame with a blowtorch.

The cocktails are stiff enough that you’ll probably want a bite to eat, and The Grand Republic Cocktail Bar offers a limited menu of tasty snacks. The complimentary popcorn is seasoned with Old Bay, and the Taramasalata is an absolute delight; perfectly salty and fishy, with a generous side of toast and olives.

If fancy cocktails are not in your appetite or budget, the Grand Republic offers a selection of shots and chasers a tad more adult than your Jim Beam and High Life. And there’s also some low-alcohol cocktails to choose from, like the Michelada ($13): Mezcal and beer with Bloody Mary mix , lime, cilantro, and chili salt. 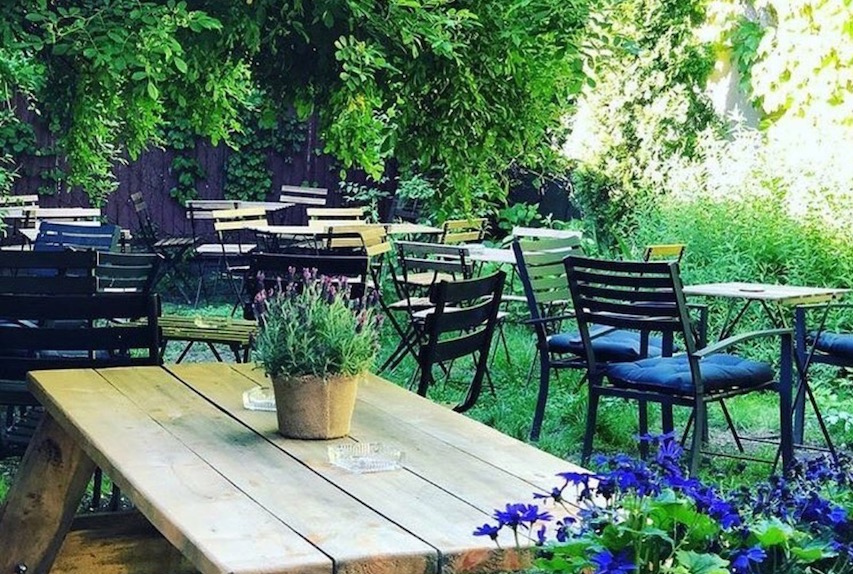 Get there while it’s still warm enough to sit outside in the Grand Republic’s ample, ivy-filled back garden. And once the weather turns cold, count on us to keep the barstools warm with a cocktail in our hand.