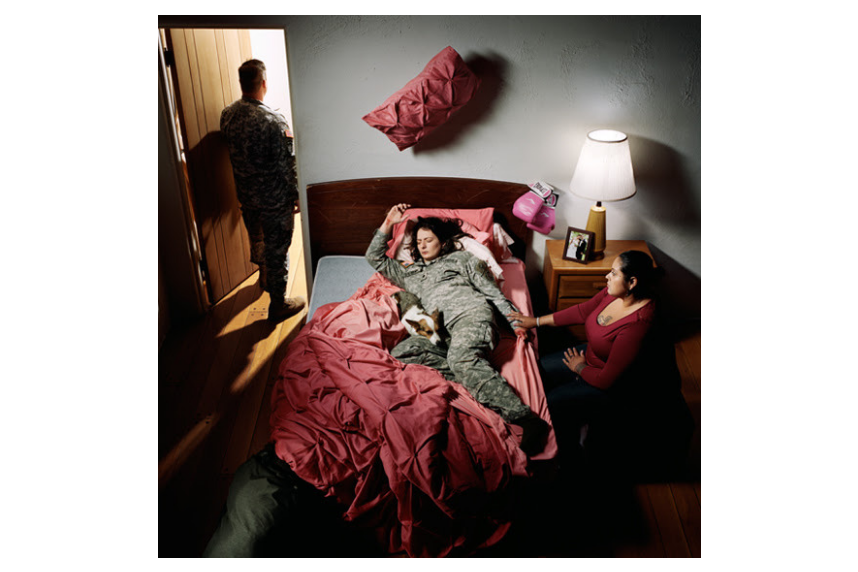 As the stories of sexual harassment and violence against women keep surfacing, Tuesday, Oct. 3 is an opportunity to learn how this trauma and reckoning plays out in contemporary art. The exhibit, “THE UN-HEROIC ACT: Representations of Rape in Contemporary Women’s Art in the U.S.” is on view at John Jay College’s The Anya and Andrew Shiva Gallery, and features work by photographer Jennifer Karady, who took a series of film-like portraits of women who were sexually assaulted in the military, photographer Ada Trillo, who documents sexual violence against women on the U.S.-Mexican border, as well as major artists like Yoko Ono and Kara Walker. There is a special symposium on Tuesday, between 5 and 9pm, including a curator’s tour of the group show, discussions with the artists, an introduction to the iconography of rape. Find details of the night here.

Afterward, you will be in need of decompressing over drinks or a meal, and The Infatuation has a list of go-to Hell’s Kitchen restaurants. The cantina confusingly called Hell’s Kitchen is actually quite good.