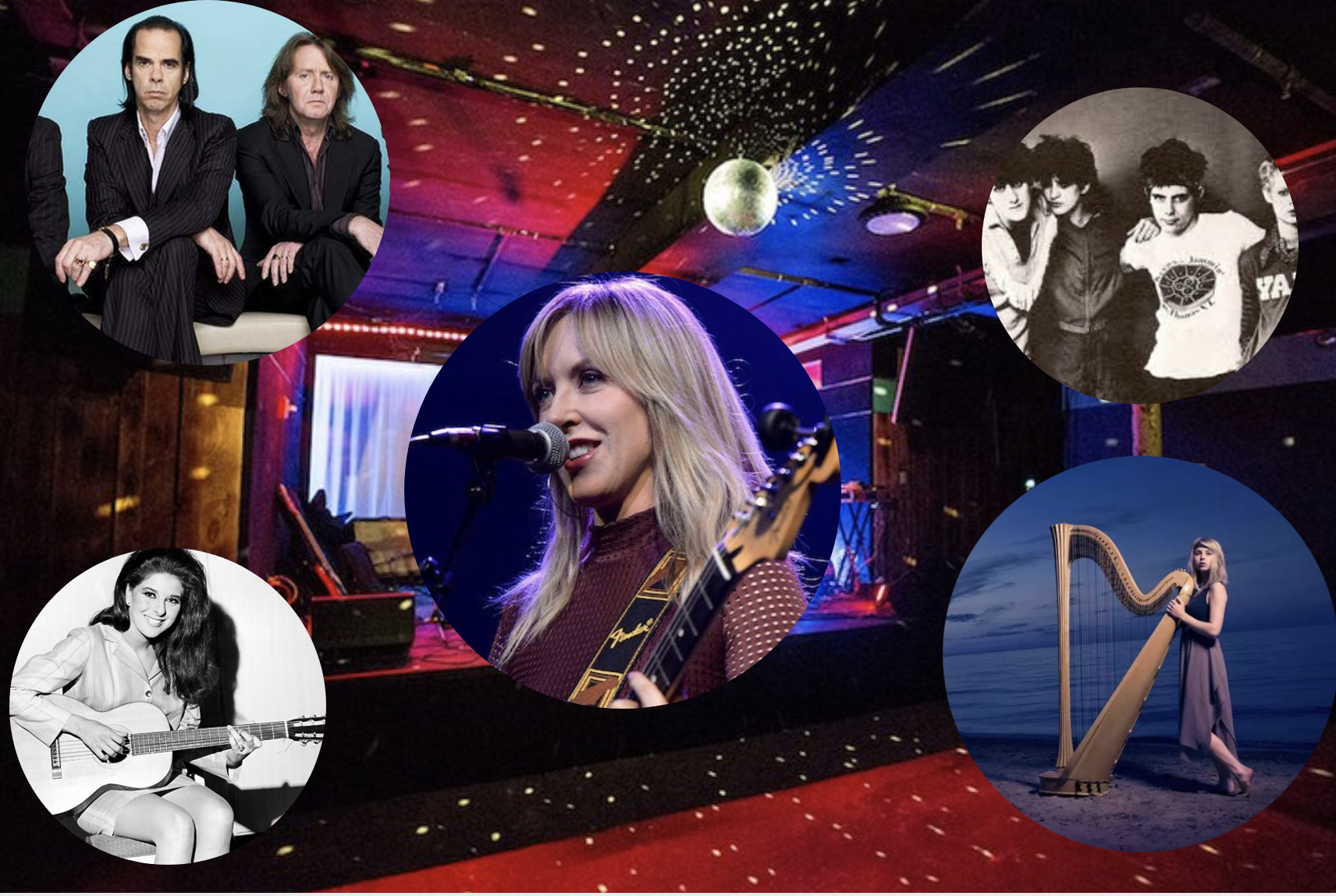 Usually around this time of the year, music fans would be flocking to shows and attending panels in the city as part of the annual CMJ Music Marathon. Back then, it was a great opportunity for music lovers to nerd out and discover emerging talent (I’ll never forget seeing Courtney Barnett at one of those CMJ showcases in 2013). Unfortunately, the festival has been defunct for a while now, but it doesn’t mean October is short on can’t-miss shows. Here are a few of them:

Kicking off Rocktober is the legendary Liz Phair, who’ll be playing at Brooklyn Steel on October 6 as part of her Amps on the Lawn tour (this show’s sold out, but check in with Stubhub close to the show date for available seats). Earlier this year Phair celebrated a milestone with the 25th anniversary of her extraordinary indie rock debut Exile in Guyville, whose meditations on feminism, sex, and gender inequality earned her critical raves and shook up the rock patriarchy. More than two decades later, Guyville’s themes are sadly still relevant when it comes to the current war on women.  Expect Phair to perform cuts from that seminal recording and subsequent albums, plus a few new songs.

Bush Tetras are not a new band, but when you hear their music, it feels timeless. They were part of the late ‘70s downtown New York music scene called No Wave, which sprouted such acts as Teenage Jesus and the Jerks (featuring Lydia Lunch), James Chance and the Contortions, and DNA. The female-dominated Bush Tetras (a rarity of sorts in the world of punk at the time) performed what could be described as danceable punk: brash in one sense, and very experimental in the other.  Nearly 40 years after their formation, Bush Tetras are still active, playing at Elsewhere on October 9. One could hear their music decades earlier and you can trace their influence on many indie rock bands today.

Adron is not the moniker of a British electronic pop band, but a variation of the first name of Adrienne McCann, a singer-songwriter from Atlanta. Her sound is a very unique blend of ‘70s pop/folk and tropicalia–the latter being a musical and artistic movement that was popular in Brazil during the late 1960s. Her latest and exquisite album, Water Music, is full of sophisticated Latin sounds like bossa nova and samba but also reminiscent of the 1970s Laurel Canyon scene that propelled artists like Joni Mitchell and Linda Ronstadt to fame. Adron is playing at the Glove on October 11, so if you’re seeking something different from the norm, this show is for you.

With the exception of Joanna Newsom, there are not than many well-known indie artists who play the harp. Newcomer Mikaela Davis is in that minority as she’s both an excellent singer and harpist, as evident on her Rounder debut album Delivery. Appearing at the Bowery Electric on October 12 as part of the Underwater Sunshine Fest, Davis performs sophisticated pop is both unabashedly infectious and melodic, evoking such artists as Aimee Mann and Michael Penn; highlights from Delivery include the soulful title song and “In My Groove”; the electric fuzzy-sounding folk tune “A Letter That I’ll Never Send”; and particularly the sublime “Do You Wanna Be Mine,” which sounds something straight out of Fleetwood Mac.

The always-magnetic Nick Cave and the Bad Seeds are playing at the Barclays on October 26. If you have never seen them perform live, than you need to get moving because the group is guaranteed to deliver a compelling performance (I should know, having seen them at Celebrate Brooklyn in Prospect Park a few years ago). Darkness, anguish, and catharsis have been the hallmarks Cave’s body of work–the band’s last album, 2016’s Skeleton Tree, released a year after the tragic accidental death of Cave’s young son Arthur, certainly reflect those themes.  Seeing the Bad Seeds live is not so much attending a rock show but a spiritual revival meeting.

In any survey of the greatest songs in the rock and roll era, Mississippi singer Bobbie Gentry’s iconic 1967 smash “Ode to Billie Joe” is a no-brainer for inclusion. It has all the ingredients of a classic hit: a great vocal performance, a killer melody, and of course those unforgettable narrative lyrics centering on Billie Joe McAllister jumping off the Tallahatchie Bridge. Composed by Gentry, the song went to number one and even inspired a 1976 film of the same name starring Robby Benson. These days, Gentry has stayed away from the public eye, which only adds to her legend. More than 50 years later since that hit, the reclusive artist is being paid tribute at a concert, Ode to Bobbie Gentry, at the Bell House on October 30. The cast of scheduled performers is quite impressive, including Jill Sobule, Laura Cantrell, Tammy Faye Starlite, Ted Leo and special guests. If there is any artists these days who deserve a comeback, it’s Bobbie Gentry.

Lastly, while not a concert per se, Persisticon II: The Rockening–a night of comedy and art in support of feminism that includes appearances by comedians Janeane Garofalo, Murray Hill, and Abbi Crutchfield and others–has a music component. The occasion also celebrates the publication of Women Who Rock, a new anthology of essays about influential female musicians throughout the history of rock, from Bessie Smith to Lady Gaga. The collection was edited by veteran music writer Evelyn McDonnell, who was also the first female music editor at the now-defunct Village Voice. At a time when the #MeToo movement has galvanized women to take political action, the book has taken on a greater resonance.  Proceeds from the event on October 21 at the Bell House will go support Emily’s List, a political action committee to get pro-choice Democratic women elected to public office.