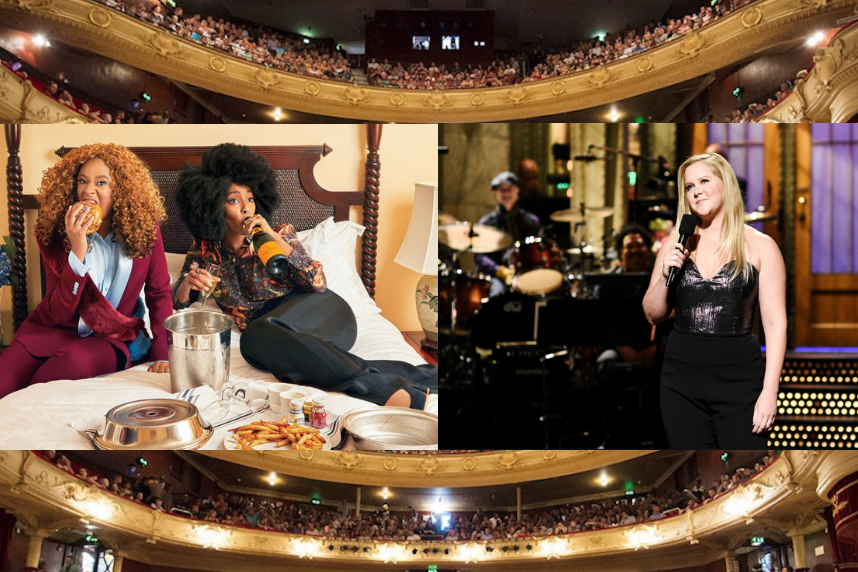 When the hilarious Phoebe Robinson and Jessica Williams of 2 Dope Queens made the leap from podcast to TV last year, they performed a series of sold-out shows at Kings Theatre with guests like Jon Stewart. Now HBO is bringing the ladies back for a new season, and you have four chances to see them live (with equally funny guests). Tickets for their December 4 through December 7 shows are now on sale—go to one or all four. You can use all the laughter you can get during the holidays!

Speaking of early holiday treats, tickets to see the one and only Amy Schumer at Kings Theatre are on sale now! The actress and comedian added a Brooklyn stop to her comedy tour on November 21 featuring all new material, and we can’t think of a better way to roll into Thanksgiving.

Tickets to see these legends won’t last. Get yours for 2 Dope Queens and Amy Schumer stat!