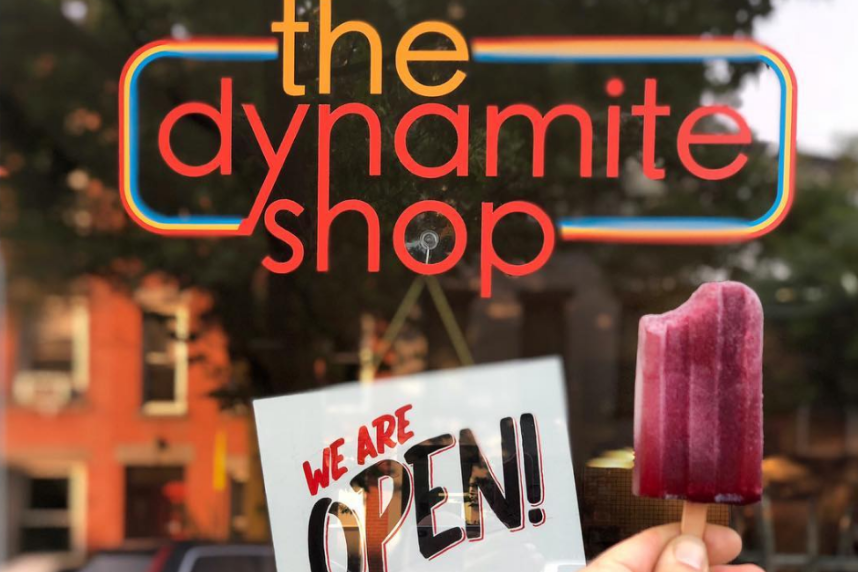 The Dynamite Shop might just be the only community space specifically for tween and teen foodies. Photo: @thedynamiteshop

Considering how many kids there are in New York City, particularly in Brooklyn neighborhoods like Park Slope, it’s surprising how few places have popped up especially for tweens and teens. There is a real lack of spaces for older kids to congregate and assert their independence while still being safe, but The Dynamite Shop in South Slope has stepped up to fill this desert, through food.

The cafe and cooking school, which opened this summer, is both a culinary social club where kids learn to cook dinner to bring home for the whole family, and a community space for young adults. 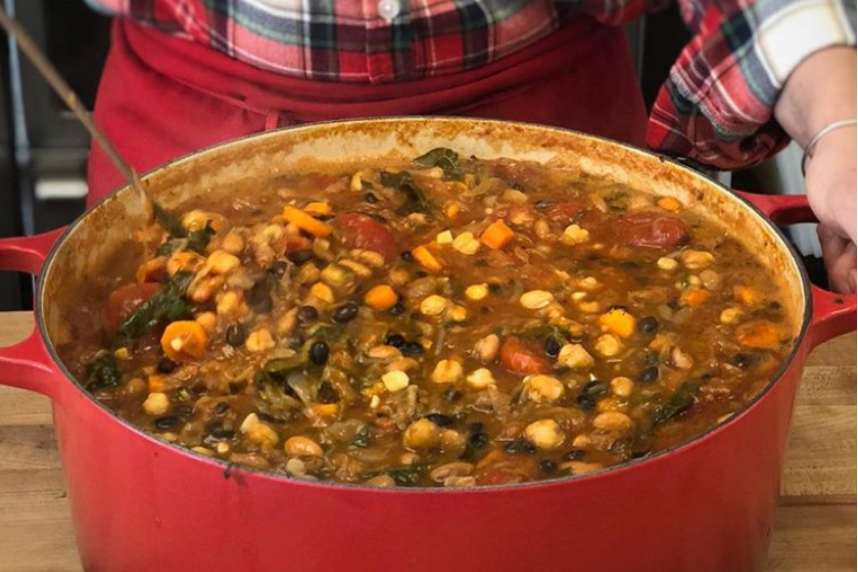 This cooking class space doubles as a cafe. Photo: @thedynamiteshop

Co-owners Dana Bowen and Sarah Kate Gillingham designed the space with their own tweens in mind, as they both have kids ages 13 and 11 respectively.

“When we first came up with the idea, I was thinking a lot about, ‘What did I do when I was my son’s age?” says Bowen. “At 13, I hung out at the mall, I went roller skating. We don’t have those things to do here [in Brooklyn].”

They saw a gap in the market that The Dynamite Shop could fill. “We wanted a place where kids could come and be social around food,” says Bowen. “We really wanted it to be a place that they could feel was their own.” 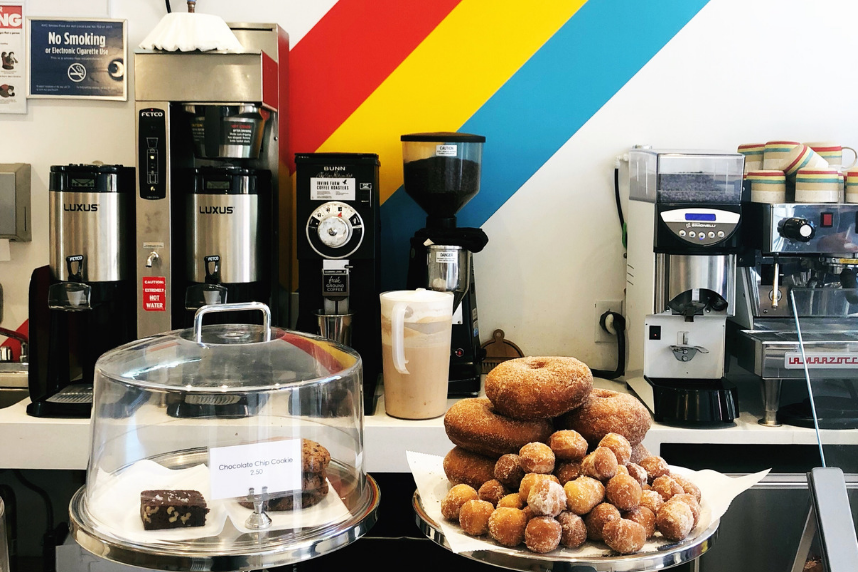 The full-scale cafe serves coffee and pastries to a steady stream of patrons in between classes. During classes, there is a coffee window open to the public. Photo: later_nyc

They recognized that programming for budding foodies in Brooklyn was not as “robust” as they thought it could be, particularly, says Bowen, because “kids have never been more obsessed with cooking with all of the cooking shows [on television].”

Connecting to food was a priority for them, as both women have deep backgrounds in food journalism. Bowen was a restaurant reviewer for the New York Times, and Executive Editor for Food & Wine, Saveur, Rachel Ray Every Day and Martha Stewart Living. Gillingham is a James Beard Award-winning food writer, and founder of TheKitchn.com. Their experience in test kitchens and their passion for fresh ingredients segued seamlessly into creating menus and a curriculum for classes. 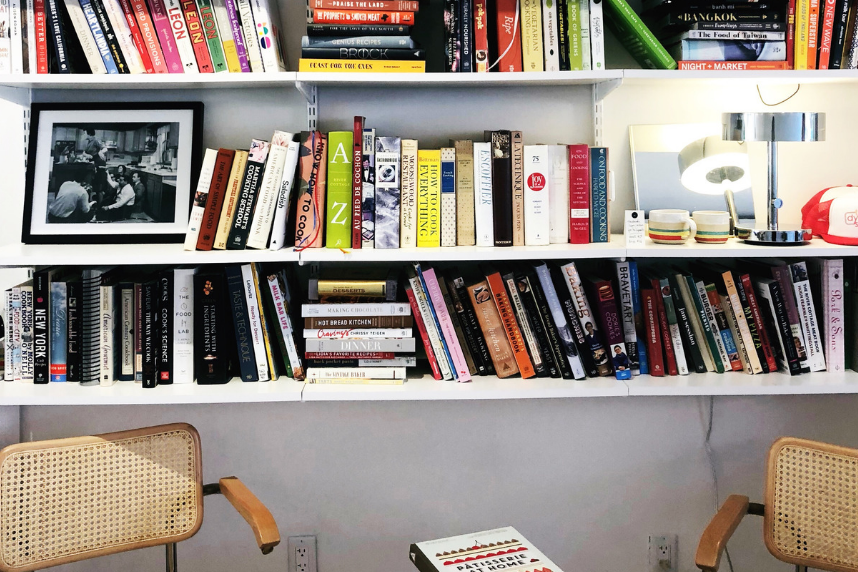 A cookbook library is available for browsing and inspiration. Photo: @later_nyc

They signed a lease in South Slope, around the corner from where Bowen lived. One of the hardest parts was finding the right name. “Everything was either too literal or not fun enough,” says Bowen. “We also wanted something that felt a little retro because we know that were appealing to the parents as much as to the kids.” One night over dinner, Gillingham’s partner blurted out ‘The Dynamite Shop’, partly inspired by the beloved 70’s kids’ magazine. They all instantly agreed it had the energy they had been looking for. “We really don’t feel like kids should be talked down to in the kitchen, or in any way. And the name could so do that,” says Bowen.

In June 2018, they opened their doors as a neighborhood cafe and culinary kitchen space for camp and classes. In the mornings, there is a steady stream of locals swinging by for a cold brew coffee or donut holes, but in the afternoons, it’s all about the kids. 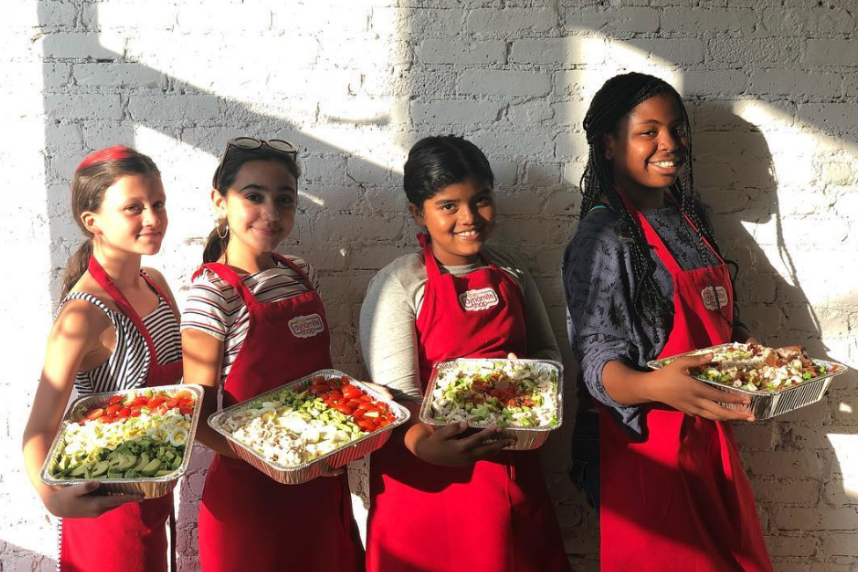 The kids come home with dinner for the whole family. What other after-school class does that? Photo: @thedynamiteshop

The concept of the afterschool classes is to teach kids (8-and-up) how to really cook. They don’t dumb down lessons for the kids. Instead, they impart the importance of cooking as a life skill that will help them become adults. Kids practice concepts like “mise-en-place,” use professional equipment like Cuisinarts and Vitamix blenders and chop with actual knives (with protective gloves for their hands). So far, around 200 kids have come through their program, without a single injury, so they must be doing something right. 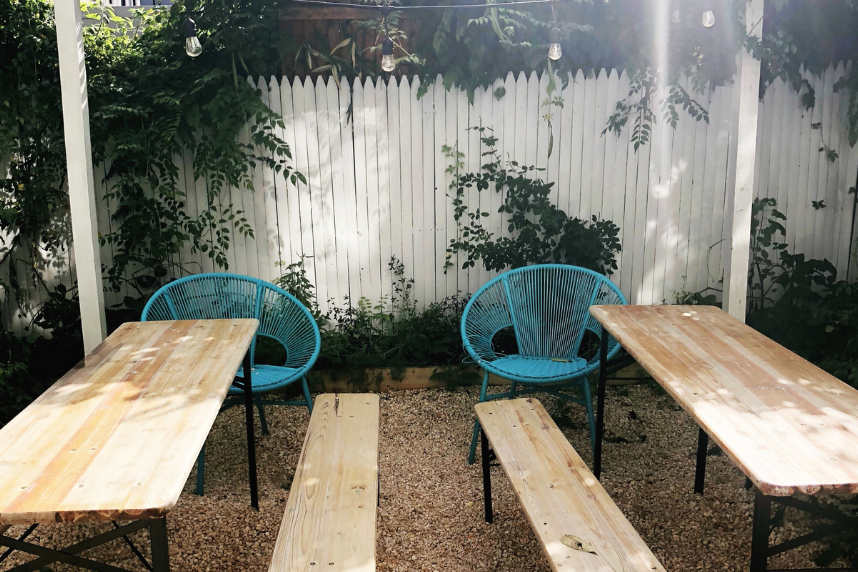 In nice weather, there is a beautiful backyard, perfect for chatting with friends, tasting new flavors or discussing recipes. Photo: @later_nyc

Each two-hour class contains a lesson where kids learn about the culture or ingredients they will be focused on. “For the taco lesson we talked about the American co-opting of Mexican cuisine and what real Mexican cuisine is like and what it isn’t,” says Gillingham. For a lesson on Thai ingredients, Gillingham gave a secret source for the best place to buy Thai ingredients in New York. Eventually, the hope is also to start an online magazine, to help bridge their space from the classroom to home. Unlike the Dynamite Magazine of the 70s, which focused on pop culture, theirs will be more of a community space with videos of lessons for kids who want to try practicing skills at home, recipe sharing and general marketing for the company. 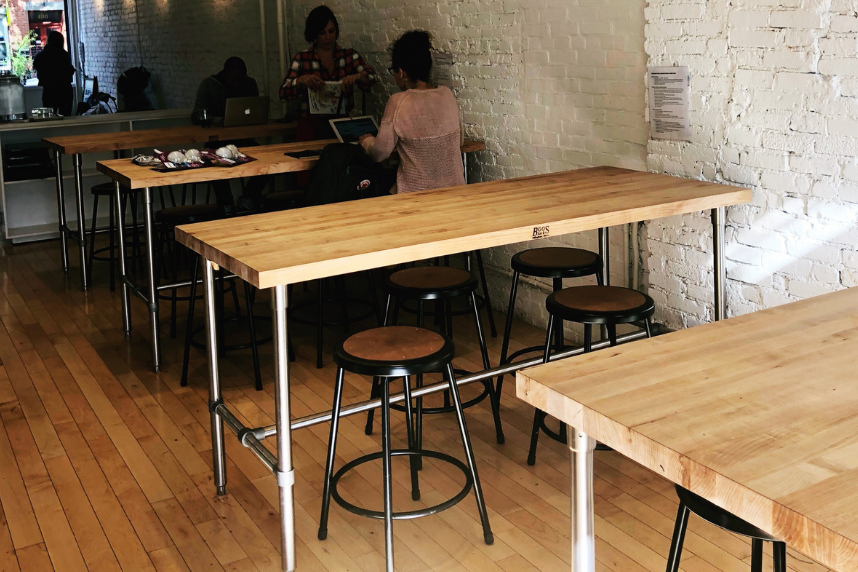 Each table/ workspace seats four budding chefs, and there is usually a teacher per table. Photo: @later_nyc

After the cultural lesson, the child will prepare dinner for his or her family. Let me repeat that. Your child (yes, even yours!) will prepare and cook an entire meal for four to bring home that same night. The most surprising part? You’ll actually want to eat it. The teachers will help by prepping an enormous amount of food for each class, but the actual cooking is done solely by the kids. Each participant takes home an insulated bag, like the kind that comes with a Blue Apron delivery, containing things like a large ziplock bag filled with salad: pumpkin seeds, apples, romaine lettuce, and onions, plus a pasta with squash, goat cheese, and kale. Or maybe you’ll find everything necessary to have a taco party, including homemade tortillas made by your child on a tortilla press. Next week, possibly, a variety of dumplings. 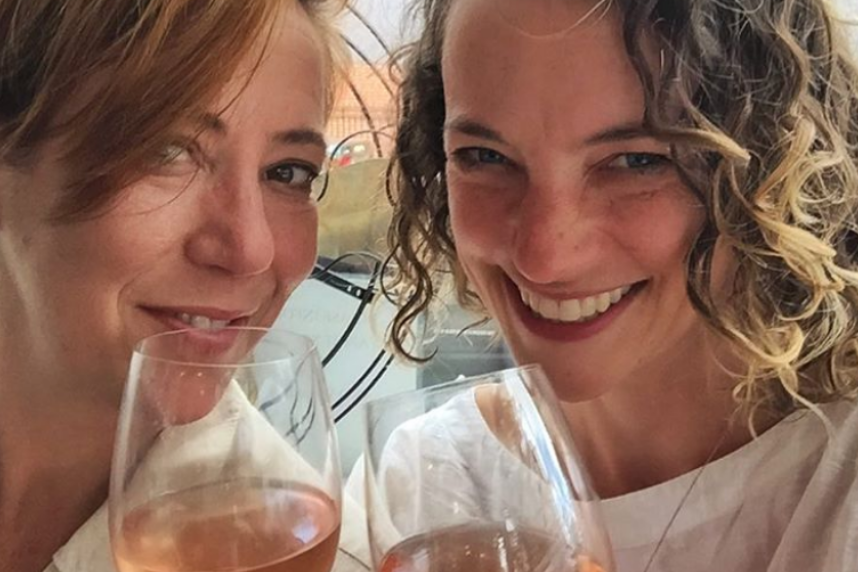 Dana Bowen (left) and Sarah Kate Gillingham (right) seem to know what kids (and their parents) want most: a community space with a culinary focus. Photo: @thedynamiteshop

On the day of my visit this fall, the kitchen is busy prepping vats of vegan chili for the nearby school’s “Lunch Release Program.” This is when 5th graders are allowed to leave school property by themselves during their lunch break. Following the cafe’s brisk sales in the morning, the clock keeps ticking, counting down the minutes before the lunch rush of 5th graders filters in. Bowen and Gillingham still need to make the little muffins that will accompany the chili and set out an entire toppings bar. Why not? The Dynamite Shop is acting as a home away from home, serving up some old world culinary magic to kids in a city that does a lot of take-out. The location is gleaming and non-age-specific with an inviting backyard and long communal tables, the perfect space for the timeless tradition of cooking and eating together.

“What’s beautiful is seeing [the kids] bond over the table, like little grandmas,” says Bowen.

“That’s the whole idea,” interjects Gillingham. “Each of these tables is one little kitchen.”

The door is open and the chili is bubbling, just waiting for the tweens and teens to pull up a chair.

The Dynamite Shop, 487 7th Avenue, South Park Slope. Sign up for the spring semester will start in November. Sign up for single day camp here. Note, The Dynamite Shop will also be hosting two adult classes in November. Thanksgiving Bootcamp, Saturday, November 10 from 10am-1pm with Dana & Sara Kate features three hours of trade secrets and is $125 per person (children 8+ up are welcome to attend with the adult). On November 18, 10am-12:30pm, make two galettes during Beyond Pumpkin Pie: Sweet & Savory Galettes with Laura Scheck. The price is $100 per person, and children 8+ up are welcome to attend with the adult. Buy a seat at both workshops and get 20% off with code THANKSALOT.