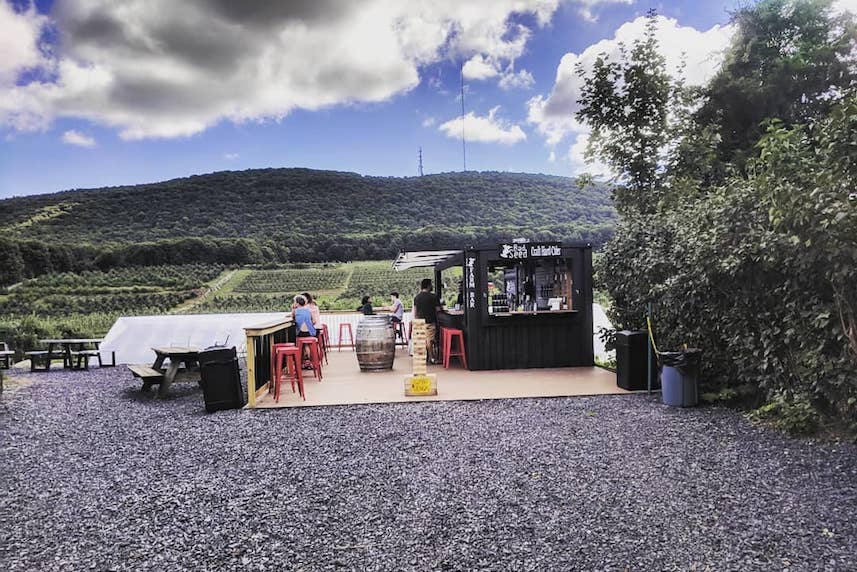 When Bram Kincheloe and his band were touring, they always looked forward to the beer — Bell’s in the Midwest, Sierra Nevada in California, Founders in Michigan.

But when he decided to get off the road four years ago, his wife was working for one of the guys behind Bad Seed Cider Company at a local farmers market. Cider had never been Kincheloe’s thing. Too sweet. Still, he gave it a shot.

He was stunned. It was dry and crisp and nothing like the sugary concoctions he’d tried before. Soon, he was dropping off four-packs with bar staff he knew through his music career, which turned into handling sales and marketing. Now, he’s one of the owners of the Hudson Valley company, which opened a taproom in Crown Heights last year.

“It’s the same thing as when I was a kid and tried Sierra Nevada. I was like, ‘Oh, beer can taste like this?’” Kincheloe said. “I wish our motto could be, ‘Bad Seed — oh, shit, I really like this!’”

Kincheloe isn’t the only relatively new cider convert. The industry has been booming in recent years, particularly in the Empire State, according to Jenn Smith, executive director of the New York Cider Association.

The state now has close to 100 cideries, up from just a handful as recently as 2012, and attendance at Cider Week New York events increases year over year, she said. Even the number of Cider Weeks is growing — there are now four festivals: Hudson Valley, Finger Lakes, Western New York and New York City, which features events all over the city from Nov. 2 to 11 this year.

New York is a great spot for the beverage, Smith said, explaining that the state has a “strong tradition of growing apples that make good cider,” enjoying the right climate, soil and weather. 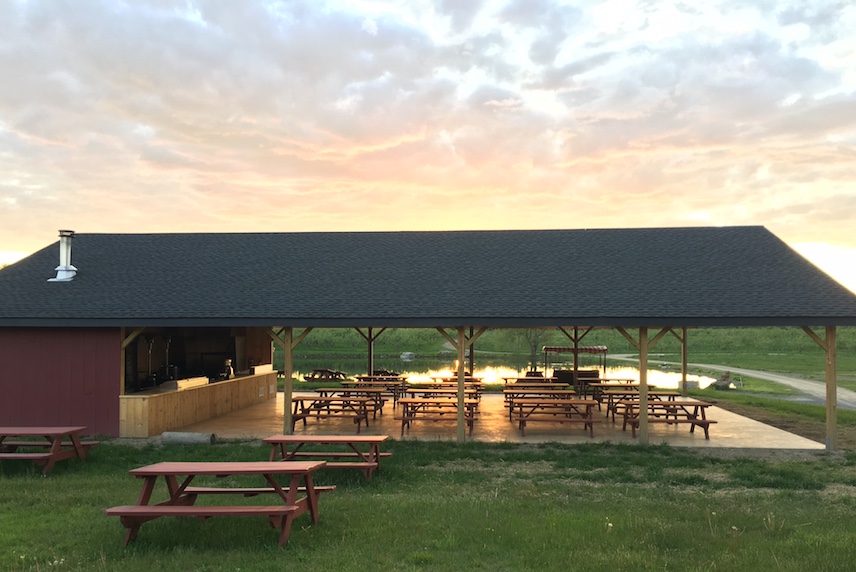 And its crown jewel is the Hudson Valley, Kincheloe noted, saying the region is becoming “the Napa Valley of the northeast, but for apples.”

However, cider makers say the reasons for the growing appeal are far from state-specific.

A big driver of interest has been the shift from thinking of cider as a sugary, artificial beverage to recognizing it as a natural, fruit-focused drink, said Susan Yi, half of the brother-sister team that created Brooklyn Cider House, which also has a restaurant, bar and cidery in Bushwick.

Of course, the fact that cider is naturally gluten-free makes it a great option for people with celiac disease and other gluten sensitivities, which is a strong selling point, she said. But more broadly than that, Yi said, “It’s riding on the wave of people who are interested in local things, natural things, things that emphasize process.”

Smith agreed, saying culinary shifts “that have led to a celebration of farm-to-fork (and glass), a drive to know your farmers and makers, and a wish to purchase locally made food and drink has helped increase the awareness and availability of cider.”

The change has been palpable, Yi said. When they released their first batch of cider in 2015, she remembers feeling a definite difference in the public’s perception, saying, “Back then, way more people were like, ‘I don’t try cider.’”

Now, the company is growing exponentially every year. 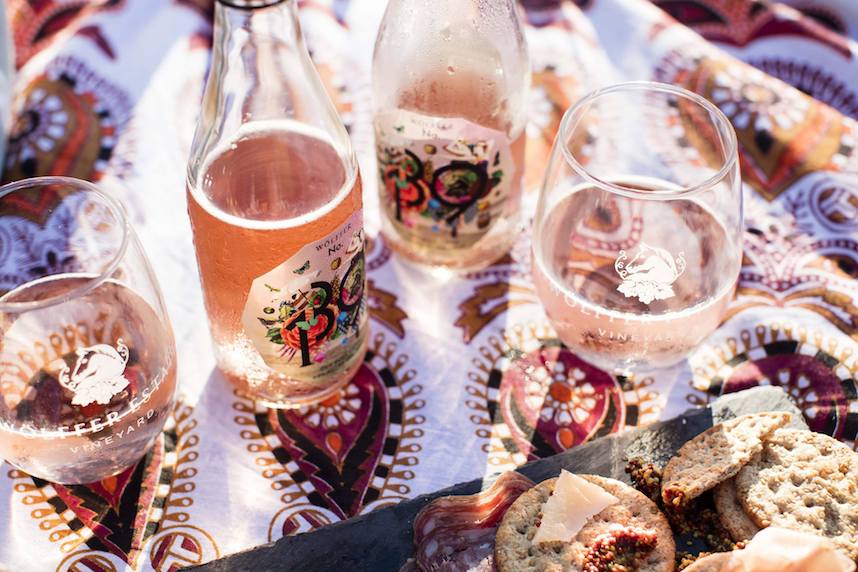 Wölffer debuted the first-ever rosé cider in 2013. Its crossover appeal has led to new flavors like its red wine cider that they released this fall.  Photo: Wölffer Estate Vineyard

Wölffer Estate marketing director Ali Tuthill said this increased openness is a hallmark of younger consumers, who are helping drive the cider industry’s growth with their interest in discovery when it comes to what they eat and drink.

“Rather than identify[ing] as a ‘beer’ or ‘wine’ drinker, they are looking for a range of beverage options that meet their needs,” she said.

The Long Island vineyard and cidery has leaned into that desire for inventive offerings, launching what it says was the first rosé cider in 2013 after recognizing that wine trends had crossover appeal. Wölffer’s No. 139 Dry Rosé was a hit and the company’s winemaking roots continue to drive new flavors like a red-wine inspired cider that was released this fall. 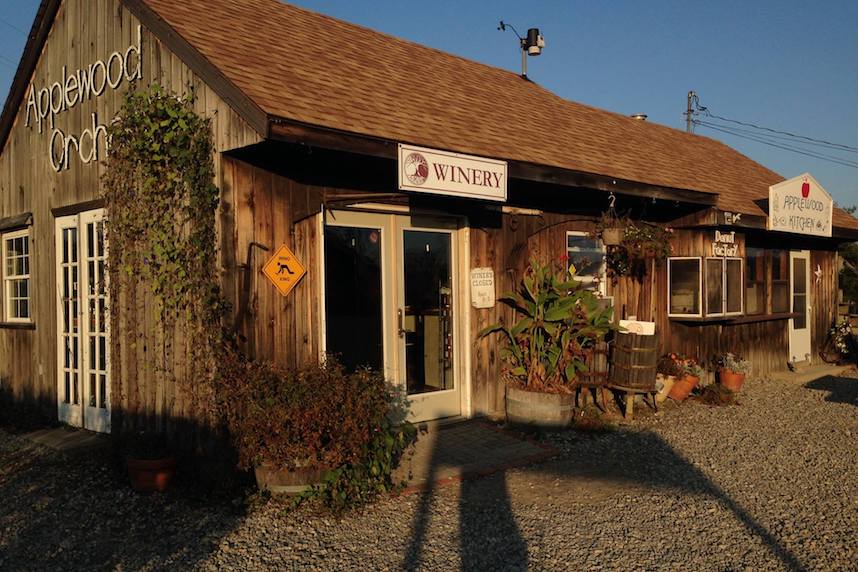 Millennials aren’t the only ones seeking to branch out, though, said Jonathan Hull, who heads production at the Hudson Valley’s Naked Flock. The craft beer market, with its endless thirst for innovation, is also driving the cider revolution, he said.

“Consumers are more interested in different flavors and exploring and trying new things,” he said.

For Naked Flock, Hull said, that has meant experimenting with yeasts and coming out with seasonal varieties, like a lemon ginger in the summer and a pumpkin cider for the fall. They are also expanding into other beverages like mead, a fermented honey drink, and cyser, a blend of mead and cider.

Hull said it’s a fun challenge from a production standpoint, but also a necessity in an industry that has changed dramatically from when he first started making cider at his Applewood Winery in 1995.

But there are also far more players and competition, Hull noted.

Tom Beiner has noticed the steady increase in options during his time as beer and cider buyer for Crown Heights’ Covenhoven. Years ago, cider was definitely a consideration, but there were only a handful of cideries people knew about, places like Angry Orchard in Walden, NY, and California’s Ace, he said.

Now, there are far more ciders to choose from and the beer shop and bar features about twice as many as it did two years ago, with two on draft and close to 30 bottles from all over the world, Beiner said.

The varieties themselves have gotten more mature and complex, too, he explained, saying ciders are becoming more well-rounded and flavorful, while showcasing different additives and techniques. That stigmatized, super-sweet style has been ditched for trends like sour ciders that play to the sour beer crowd and modern takes on classic European dry ciders, Beiner said.

“Just like the beer game, everyone is pushing each other to make a better product and craft,” Beiner said.

And the growth shows no signs of slowing down, industry players say.

Austin Flowers, a bartender at Clinton Hill’s Hops Hill, said they’ve had cider on the menu since he started at the bar four years ago, but the list has grown extensively to keep up with the increasing demand.

“We move a lot of cider, every day, every shift,” he said. 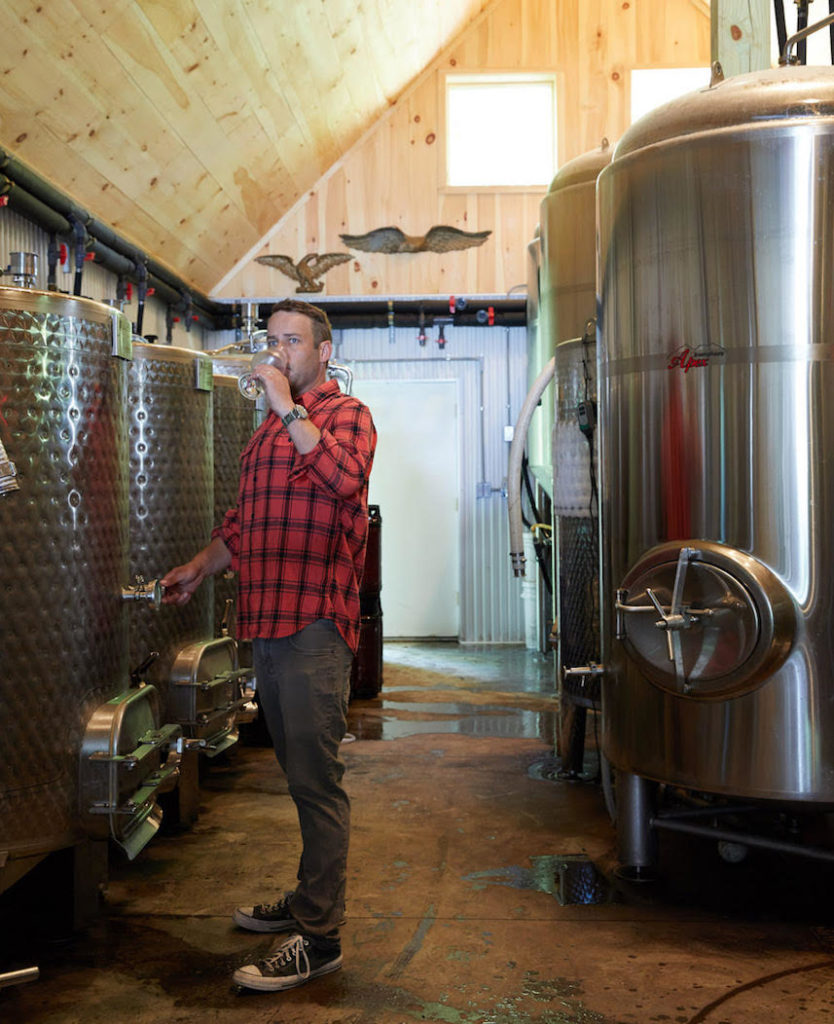 Tyler Graham started making dry cider out of his Park Slope brownstone about four years ago and did his first canning run of Kings Highway Fine Cider in April after notching a slew of wins on the competition circuit.

Already, the company has outgrown the Millerton, NY spot it moved into in mid-2016 and is relocating to Amenia in December or January, he said.

This comes as no surprise to Kincheloe, who says cider is “woven into the fabric of our country.” It’s the same drink that was massively popular before Prohibition made hard liquors the more practical choice for those trying to booze on the sly, and now that it’s back in a big way, it’s here to stay, he said.

“Who knows what spiked seltzer is going to be doing in five years,” Kincheloe said. “But cider? It’s not a fad.”

Related: 6 ciders to fall for this autumn