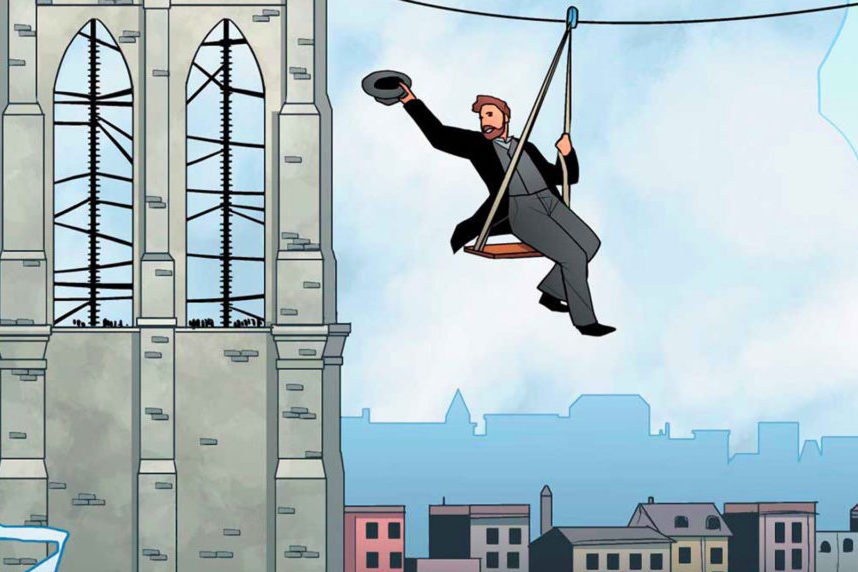 Illustration from “The Bridge: How the Roeblings Connected Brooklyn to New York”  by Sara DuVall

As Brooklyn’s reputation has risen in the public eye in recent years, so has the production of the graphic novel and thus, perhaps unsurprisingly, graphic novels set in Brooklyn. The following five books prominently feature the borough and range from visual histories to more traditional comic books. In most of the titles Brooklyn is not just the backdrop, but the real protagonist of all. 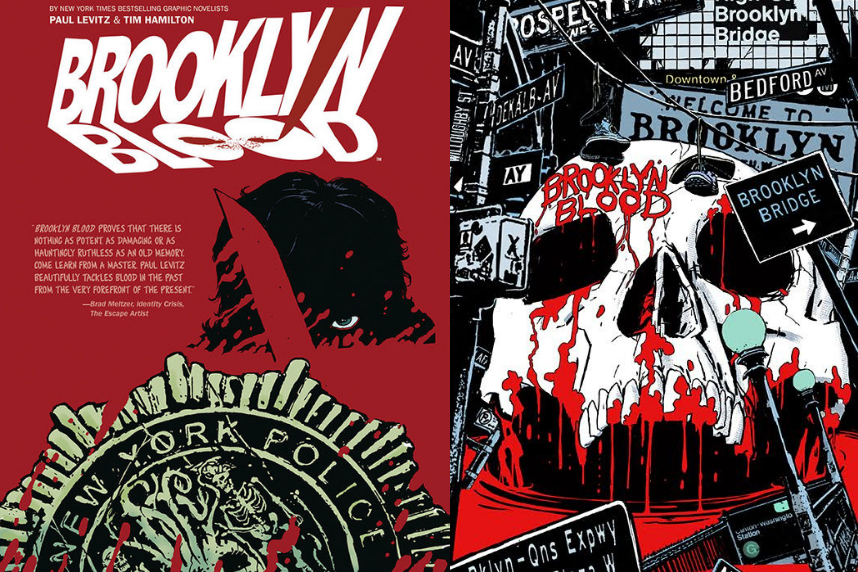 Images from ‘Brooklyn Blood’ by Paul Levitz and Tim Hamilton

This gritty story pays homage to the borough’s most tragic incidents, from the Malbone Street wreck to the Park Slope plane crash, through a bloody story of modern law enforcement. Adhering to a traditional comic book arch and thriller mentality, Brooklyn Blood manages to mash a lot of local references into a quick read. The classic comic illustrations are most striking when they’re focused on fictionalizing very real Kings County infrastructure, and the color is bright throughout. A better pick for those seeking a scary story and real crime tale told through pictures, the book makes up for its lack of graphic novel-nuance with its aggressive pace and intense story.

2. The Bridge: How the Roeblings Connected Brooklyn to New York by Peter J. Tomasi and Sarah DuVall (2018) 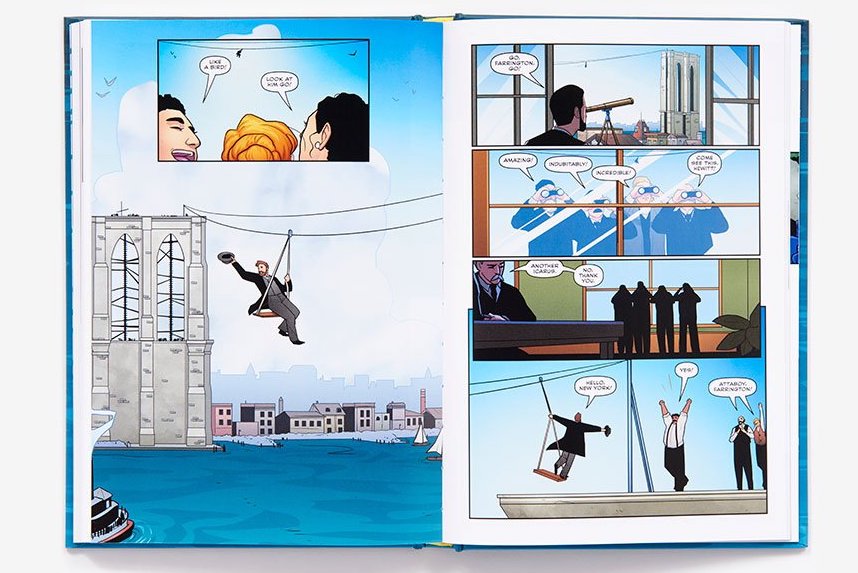 A much more thorough history than Brooklyn Blood, The Bridge focuses on one specific, if epic, borough undertaking: the construction of the Brooklyn Bridge. It’s an excellent read for a younger set, as the authors chose to summarize the entire feat rather than zero in on more specific moments. The book thus packs a lot of history, but there are sections that read more as historical fiction. The color throughout is stunning, and the panels move seamlessly from one to another, making it a quick read despite its significant length. 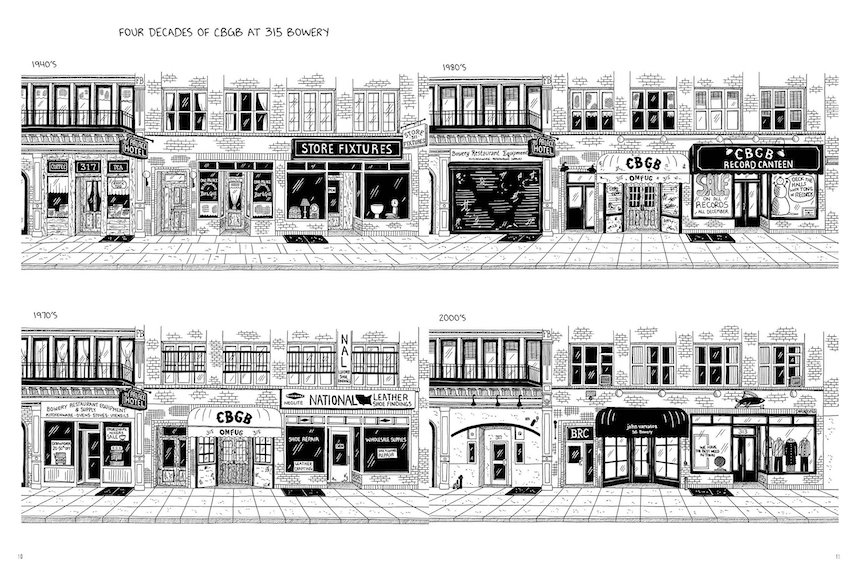 Image from ‘Tenements, Towers and Trash’ by Julia Wertz

This coffee table book-sized compilation of comics is a beautiful if bittersweet ode to the city as a whole and Manhattan and Brooklyn in particular’s quirkiest corners. Presented as an illustrated history, Tenements, Towers and Trash is a personal picking of NYC’s most worthwhile moments and stories, most quite specific, and a few well known, from the changing shop facades in Greenpoint to the mellifluous sound of the broken glass at Dead Horse Bay. There’s a mix of real photos in addition to Wertz’s cleanly drawn images, many depicting before and after scenes, and all tangibly done with the kind of love which comes from no longer being able to be in one’s favorite place, as Wertz, who now lives in the San Francisco Bay Area, is.

4. Tales of the Night Watchman by Dave Kelly and Molly Ostertag (2011 – present) 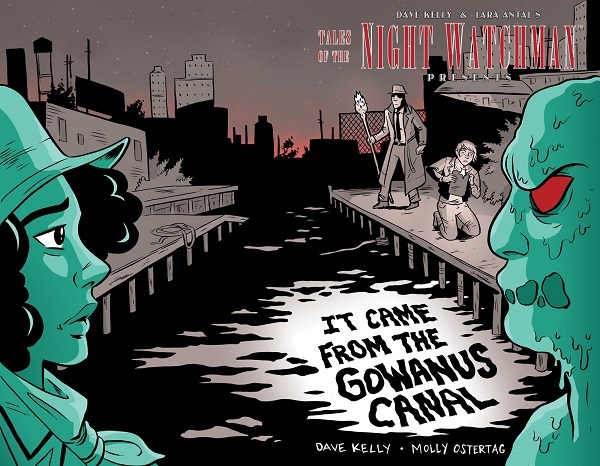 Though not a graphic novel, this ongoing series tells a tale of horror set in a Gowanus even more mysteriously disgusting than the real one. Watching the characters and plot deepen over the years is a nostalgic pleasure, as the series began in 2011 and author Dave Kelly continues publishing new installments with artwork by Molly Ostertag. The comics are very much set in a Brooklyn of the mind, one which fuses real historic incidents and borough dynamics with very unreal fantasy twists. It’s a fun one, and it captures a creative but urban Brooklyn which has largely come to define this place in the world’s eyes. 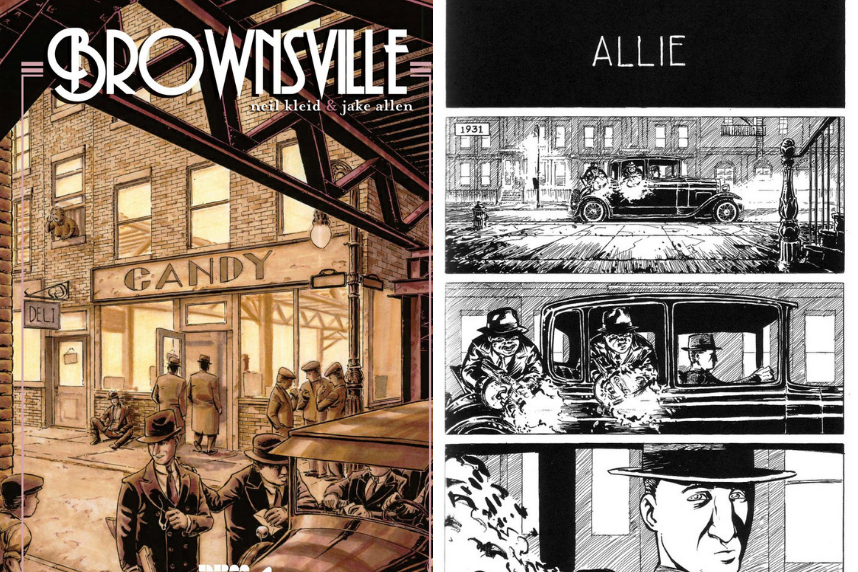 This lesser-known early 2000s publication is about Murder, Inc., the notorious 1930s and ’40s organized crime syndicate composed of largely Italian and Jewish gangsters. Brownsville follows the life of Allie Tannenbaum and other mafioso as they’re made, marry and murder. It’s a touching and true portrayal of a Jewish Brooklyn many aren’t aware existed, and a pleasant format for such a brutal story. The book shows captures a long-gone Brownsville, but a still present Brooklyn, in essence anyway. The fabric of the city doesn’t forget its history, and certainly culture at large has not forgotten Murder, Inc., what with all its cinematic reach.

Editor’s Note: We originally, incorrectly listed Neil Kleid as the sole author of Brownsville. It was co-authored and illustrated by Jake Allen. We added all the illustrator co-authors throughout as well.