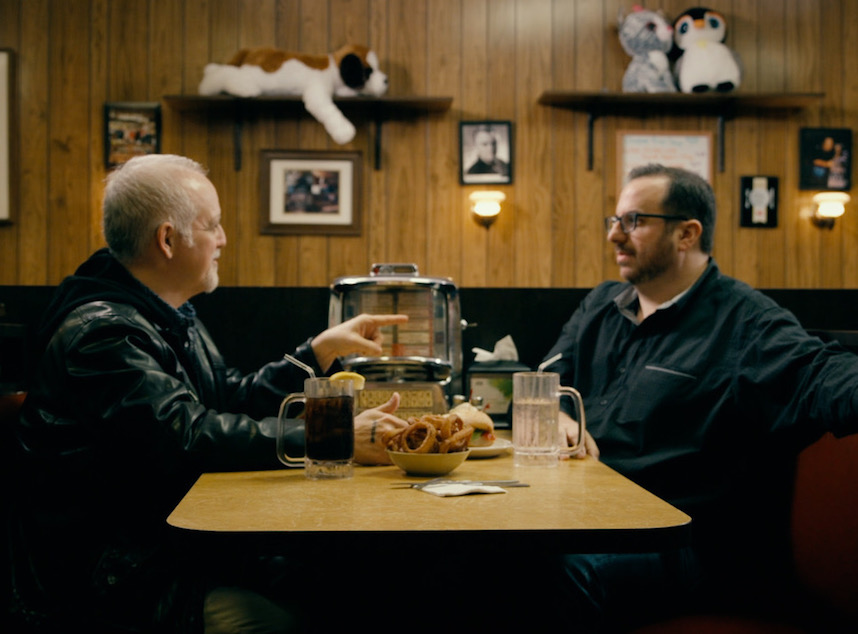 My sister obsessively rewatched The Sopranos this past fall, and she’s been hardcore pushing it on everyone she talks to since then. I have to admit that it’s tempting—like everyone else, I loved the show the first time around (yes, the ending too!), but I’ve forgotten lots of the details and I’d be interested to see if my reactions have changed in the two decades since it premiered and changed television forever. Of course, the issue is always time, but let’s face it, it’s January—what else am I doing? Also, the current hoopla surrounding the 20th anniversary is a good impetus, including events like the screening of My Dinner With Alan at Nitehawk’s Williamsburg location on Monday night at 7pm. The movie captures a conversation between longtime friends and TV critics Alan Sepinwall and Matt Zoller Seitz over dinner at Holsten’s, which is where the controversial final scene of The Sopranos was filmed, about the show, its legacy, New Jersey, gangsterism, and the duo’s new co-authored book, The Sopranos Sessions. Afterward, there will be a Q&A with the critics and director Kristian Faga and a book signing. Tickets are $18.