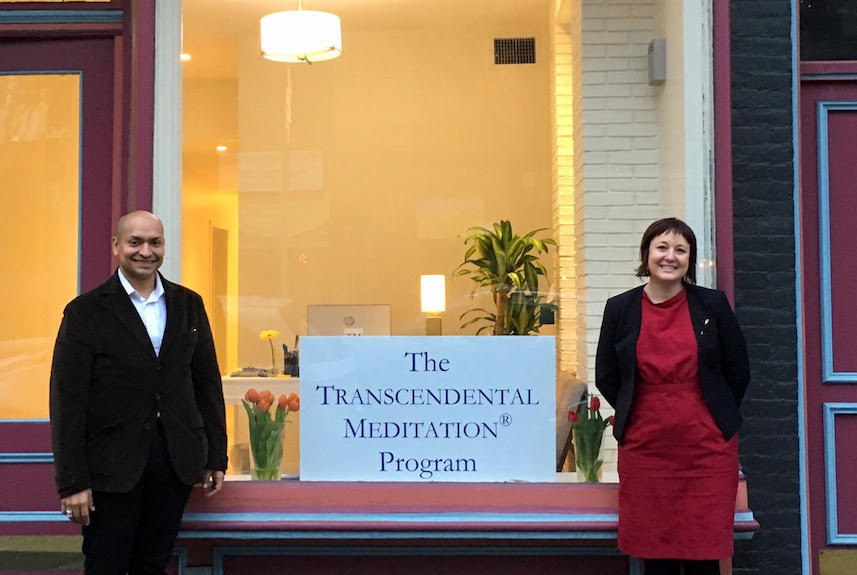 It’s indisputable that Brooklyn residents and others in urban areas are more stressed out than others. Earlier this week, when I was picking up my son from school, we had to run from an active shooter who opened fire in the Fulton Mall. The suspect was a 15-year-old boy. “Studies show that just being exposed to sounds of urban environments create higher levels of anxiety and depression, says Kelly McKay, a certified instructor of Transcendental Meditation. “Nature sounds actually correlate directly with reduction of anxiety and depression. So just by living here, we are putting ourselves in a really high-stress environment which can negatively contribute to our mental health.” Lucky for us, the Brooklyn Transcendental Meditation Center is opening this weekend on Atlantic Avenue in Boerum Hill. Between this week’s gun violence and watching Surviving R. Kelly, my opinion is it can’t open fast enough.

Maybe you’ve heard of transcendental meditation because of all the celebrities who swoon about it. David Lynch, Howard Stern, Amy Schumer, Jennifer Aniston, Lo Bosworth, Gisele Bundchen, Ellen DeGeneres, Laura Dern, Cameron Diaz, Lena Dunham, Tom Hanks, Hugh Jackman, Miranda Kerr, Lindsay Lohan, Eva Mendes, Katy Perry, Rick Rubin, Santigold, and Jerry Seinfeld are all practitioners. Should I go on? The list is longer than an Academy Award acceptance speech. Even Oprah Winfrey is a TM advocate. Yet, unlike an Oscar statuette, TM is not just something for A-listers. The effects are wide-ranging and millions of people sit for twenty minutes in the morning and twenty minutes in the evening for the benefits of relieving stress, anxiety, depression, PTSD, and insomnia. 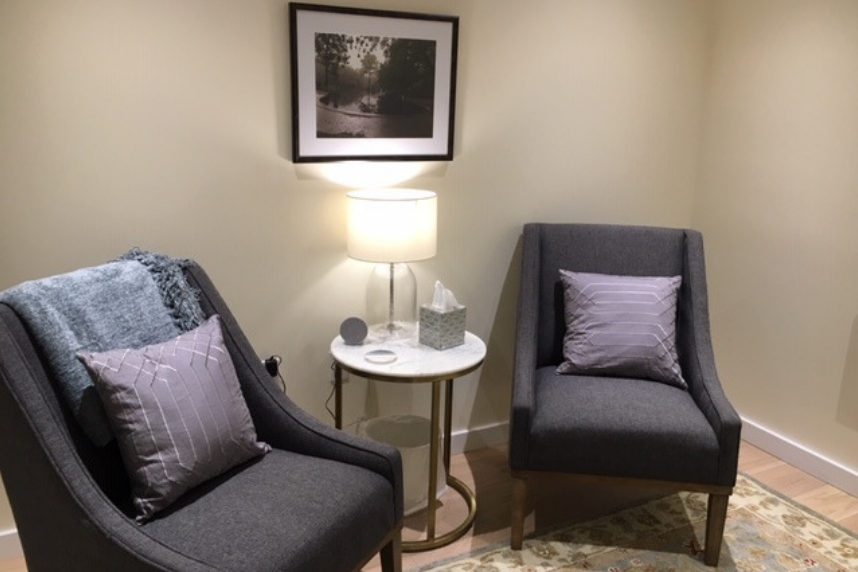 TM is an ancient form of meditation which started in India and was brought to America by Maharishi Mahesh Yogi in the ‘60s and ‘70s (he taught the technique to The Beatles, and became famous for being their guru). Kelly McKay, Director of the new Brooklyn Transcendental Meditation Center, is second generation TM; her parents were teachers in a time when meditation was less common. Her friend’s parents forbade their daughter from playing with her once they found out what her parents did. Times have changed, and meditation classes are a dime a dozen across Brooklyn, in yoga centers to standalone mindfulness centers. What sets TM apart from other forms of meditation, according to McKay, is that it has the science to back it up. “We see very dramatic benefits with TM that are definitely not like sitting with your eyes closed,” she says. There have been studies, including at UCLA, Harvard, the National Institute of Health which all point to the differentiation between regular rest and this kind of meditation, and also help demystify the practice. “You can actually walk into TM believing that it is complete BS, and you’re going to prove so, and it will still work for you—because it works automatically.”

The practice includes two things: a mantra that is given to you by a teacher and the proper meditation technique. Students engage in a four-day training at the meditation center (the first day is one-on-one instruction) where they are given the tools to practice on their own for the rest of their lives. “A lot of people wonder about the secrecy of the mantras and [wonder] why are we so secretive. It’s not because we’re trying to be mysterious,” she explains. “Once you start using your mantra you don’t even want to say it out loud because it becomes such a precious subtle thing that takes you inward that you don’t want to bring it back out.” The mantra helps to keep the mind occupied while you access the inner peace deep inside, dipping into the “timeless ocean” that Maharishi Mahesh Yogi spoke of. Students can’t change their mantra, (I asked!), and there would be no need to replace it. McKay has had the same mantra since she was ten, and she says it still works like a charm. “It’s like the mantra is your car and the technique is how to drive. So you need both,” she says. “We give you the car on the first day and then we teach you how to drive it the next three days, and longer if you need extra help. It’s a good analogy because our mantra is just the vehicle that takes the mind from the active conscious thinking level to the most abstract refined subtle levels of awareness.” This is a car that will never break down or need replacement parts. It will be your reliable vehicle for accessing inner peace and creative thought.

Bob Roth, Transcendental Meditation teacher and author, will be speaking at the grand opening of the Brooklyn TM Center on Saturday, Jan. 12.

Sound good? Before you sign up, you’ll need to know that unlike other meditation classes, this is a firm commitment. “In the old days when this practice originated in the Himalayas with yogis, if you wanted to learn these techniques, you would have to go sit at the feet of the master for maybe years, sweeping the floor, and demonstrate your commitment that way,” McKay says. “In this ancient tradition, people might spend years serving their master before they actually learn any techniques.” These days, in our consumerist culture, we show our commitment in a different way: through money. After a free introductory course (which happens every week), a sliding scale determines your payment. The full cost is $960, but people making under $50K can pay $125/month for four months. Additionally, for those in need, there are also scholarships and grants available. McKay notes that people often get sticker shock from the course fee, but this is for a lifetime of classes, refresher course, lectures and group meditations. Even the full cost is likely to be less than a year of gym memberships or yoga classes that we do without blinking an eye—and this is for life. Additionally, they partner with the David Lynch Foundation to bring TM to at-risk populations: refugees, trauma survivors, veterans, those incarcerated, and NYC public schools entirely free of cost.

Transcendental Meditation is over 5,000 years old, and Maharishi hoped it would be a tool for accessing inner peace. “[Maharishi’s] goal was to create world peace, which might seem like a laughable goal, but we are really earnest about it and we are working on it one by one,” McKay says.

It’s a beautiful concept. We may not be able to control other’s anger, anxiety or violence, but individually we can do our part.  “Maharishi said, ‘A forest is green because individual trees are green,'” she adds. “So if we as individuals become peaceful, we contribute to peaceful families, communities, societies, and the world”—including a more peaceful borough.