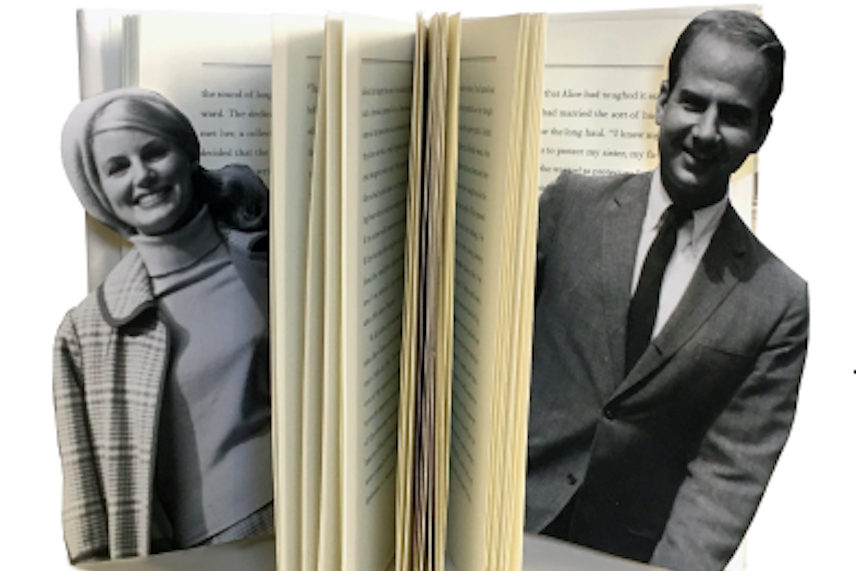 On Thanksgiving Day, I took a New Jersey Transit train from Penn Station to see family in Princeton and had the pleasure of sitting next to a delightful woman in her late 80s wearing gray pigtails and hiking gear who cheerfully shared reading and theater tips and a ton of great stories about her life and world travels when I wasn’t helping her update her daughter-in-law on our train’s progress via her Jitterbug phone. When I mentioned to my new friend that I lived in Brooklyn, she was thrilled to tell me that she would be taking the train in this month to see the world premiere of About Alice, a play based on Calvin Trillin’s memoir (which she had of course read, along with seemingly every other book ever published) about his remarkable marriage to his beloved wife and muse, who died in 2001 after losing a 25-year battle with lung cancer. I took note of this tidbit, among many others from our chat that day, and was happy to see that the play is being staged at the Polonsky Shakespeare Center and that tickets are still available. The run started on January 8 and closes on February 3, but if you go to the 2pm show this Sunday you can see Mr. Trillin himself in a post-performance talk-back with the audience. Personally, I’m hoping to run into my buddy. Tickets are $90.