Well we’re a few days into March, and though the snowfall this weekend didn’t exactly create a Spring-like vibe, it does feel like the bleak shroud of winter is at least starting to fall away. It’s amazing how much of a difference it makes when it’s still light out when you leave work. Suddenly, getting home and into sweatpants ASAP doesn’t seem quite as urgent, and I’m way more interested in being out and about and exploring the endless cultural opportunities that are always present around here but often taken for granted.

A great movie I saw last weekend, Never Look Away, is about one person’s experience creating art over a lifetime spent in Nazi Germany, Communist East Germany, and West Germany in the 1960s, and it was striking to see how profoundly an environment’s attitudes towards self-expression can affect the morale, perspective, and experience of those who inhabit it. The degree of artistic and creative freedom that we enjoy in this country, and especially in this city, is a truly lucky thing, and one that we should embrace as frequently and fiercely as possible, especially during trying times like right now, when access to a cacophony of different opinions and lenses through which to view and interpret our collective existence seems more critical than ever.

To that end, we’ve put together a list of events, exhibits, screenings, and performances in the month ahead that stood out to us as particularly compelling opportunities to get out of your own head and into someone else’s for an hour or two. Read on, buy tickets, invite friends, and start blocking out time in the next few weeks for some cultural exploration to get you through this last bit of cold before more seasonable weather is upon us. 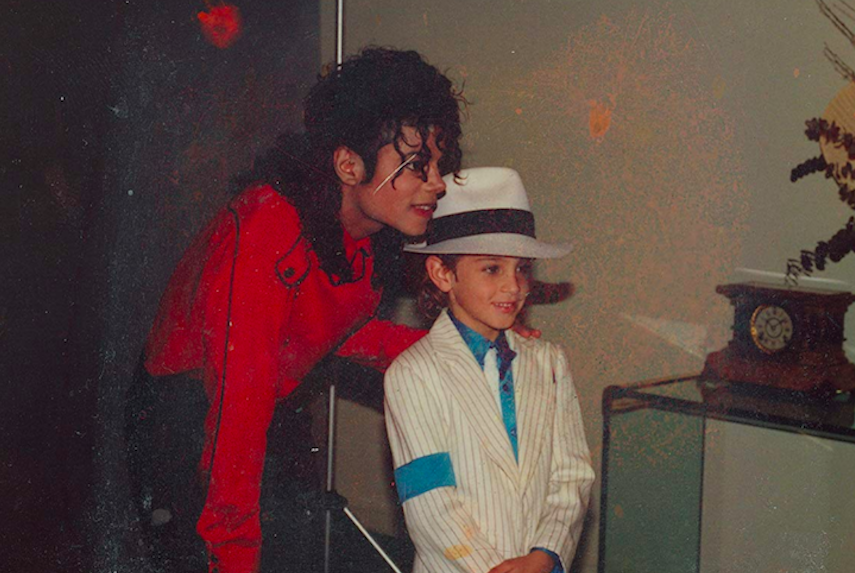 As a person whose sentient childhood years spanned the 80s, it’s virtually impossible for me to overstate the outsized influence of Bill Cosby and Michael Jackson on the pop culture landscape of my formative years. That they have both been exposed in recent years as longtime, predatory abusers is deeply disturbing, and the new documentary about two of MJ’s child victims (now in their 30s), Leaving Neverland, doesn’t sound like it’s going to paint a picture that’s any prettier. The first two hours of the two-part film aired on HBO last night, and I’m guessing that everyone in your office is talking about it today—find it on HBO GO and watch it and Part 2 tonight so you can join in the conversation. 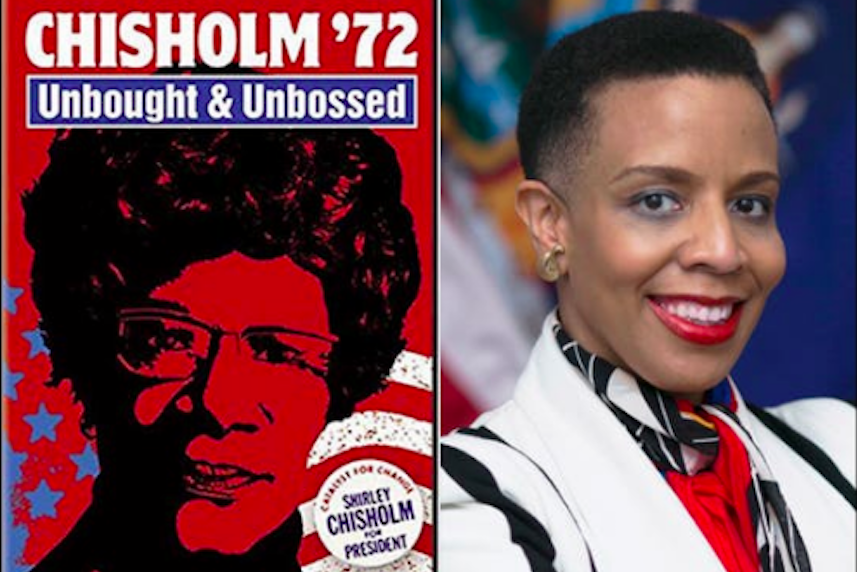 It’s Women’s History Month, and Brooklyn Historical Society is celebrating with The Feature Is Female, a film screening series that honors a collection of eminently inspiring, badass ladies all throughout the month of March. Groundbreaking Brooklyn politician and presidential candidate Shirley Chisholm is the subject of the first film, Chisholm ‘72: Unbought and Unbossed, which will be presented at 6:30pm on March 7 by City Council Majority Leader Laurie Cumbo. Later in the month, there will be free screenings of RBG (March 12); Joan Rivers: A Piece of Work (March 19), and Citizen Jane: Battle for the City, about urban activist Jane Jacobs (March 26). 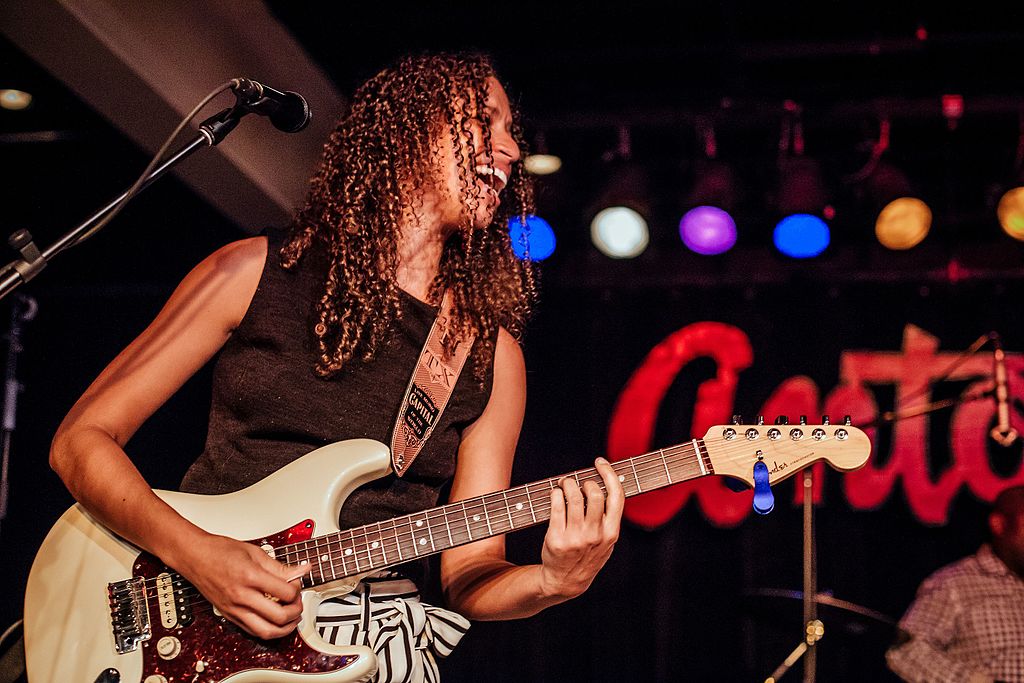 Austin’s Jackie Venson plays at The Delancey March 9 as part of The New Colossus Festival this week. Photo: Jackie Venson

A brand-new music festival is looking to fill the void left by the now-defunct CMJ Music Marathon when it comes to showcasing up-and-coming acts. The New Colossus Festival will make its debut from March 7 through 10 at several venues on the Lower East Side and East Village, including Arlene’s Grocery, Coney Island Baby, and the Bowery Electric (Registration and a kickoff party will take place on March 6 at Pianos). The event boasts over 100 handpicked emerging artists from the around the world as well as music industry panels. For the musical acts, this new festival will serve as a stopover before they head down to Austin, Texas for SXSW that starts on March 8.—David Chiu 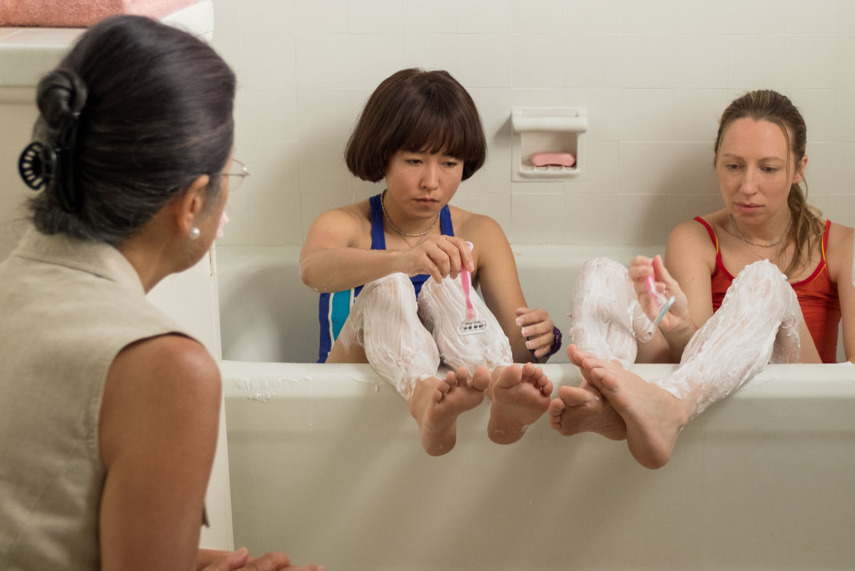 Last week, my sister texted me that I needed to watch PEN15 immediately, and then refused to answer any of my follow up questions about it, so it was with no context or expectation that I fired up Hulu and settled in to one of the most entertaining shows I’ve seen in recent memory, not to mention the truest depiction of what it’s like to be a 13-year-old girl—with all the cringing you’d expect that to entail and then some. The 10-episode series, which stars 30-something co-creators Maya Erskine and Anna Konkle playing themselves as 7th graders in the year 2000, is funny and deeply nostalgic for the early days of AIM and The Spice Girls, but it dives right in to heavier topics like racism and female sexuality with a restrained and thoughtful yet highly resonant touch. If you ever spent sleepovers with your middle school besties choreographing dance routines to pop songs that you then performed for the captive audience of unsuspecting parents who were trying to have a normal night, you owe it to yourself to watch this. 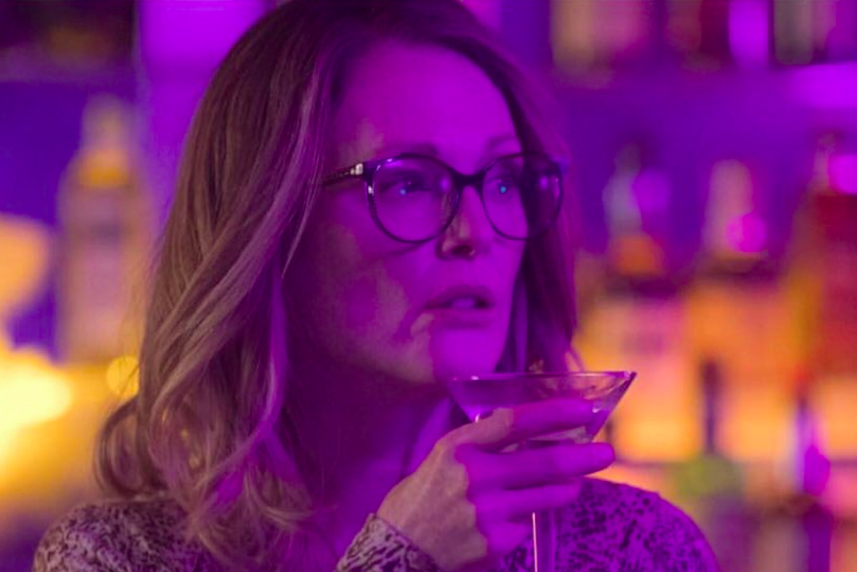 One of the most anticipated movies coming out this month is Gloria Bell, which stars the always amazing Julianne Moore as a middle-aged divorcee who meets a new love interest, played by John Turturro, one night when she’s out dancing. I’ve seen the trailer twice at the theater, and it (well, really, Moore herself, if I’m being honest) totally won me over. She’ll be interviewed live alongside director Sebastian Lelio, at the 92 St Y on March 5, following a preview screening of the film, which doesn’t officially open in theaters until March 8. Otherwise, I’m steeling up my chickenshit nerves to get through Jordan Peele’s Us, which opens in wide release on March 15, and whose terrifying trailer may have ruined I’ve Got Five On It for me permanently a la American Girl in Silence of the Lambs. 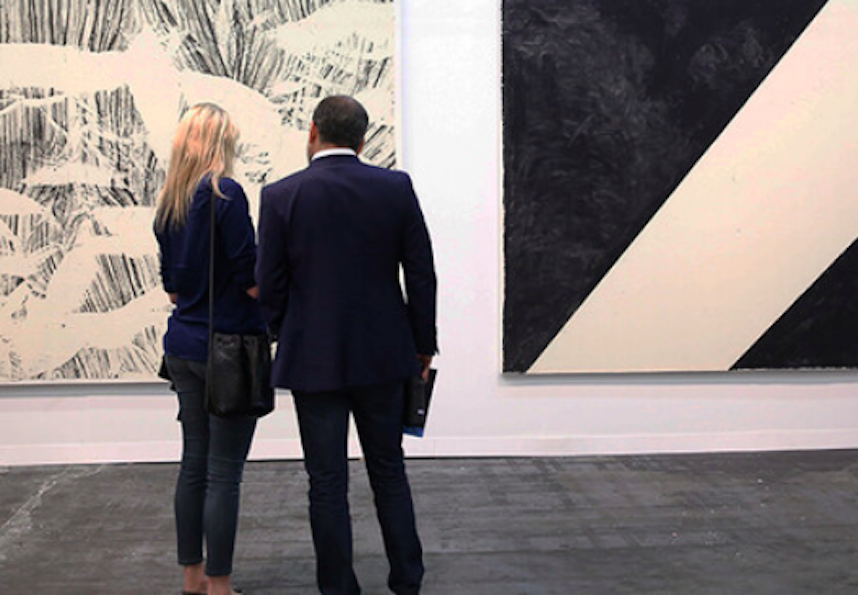 Fans of contemporary art will want to trek out to Pier 90, 92, and 94 for the annual Armory Show, which opens on March 7 and runs through that weekend. Thousands of works will be on display by some of the world’s most preeminent galleries, and it’s a great way to see stunning, museum-quality collections while at the same time rubbing elbows with the tycoons, celebs, and other assorted fancypants who go to this show with the intent of buying multiple pieces. Last time I went, I overheard a guy who was at least 5 years younger than me telling a gallerist that his wife would be calling about the two Calder mobiles that were on display because “she’s been on the hunt for a Calder,” so yeaahhhhh. . . Anyway, if you’re in the market for some art but that kind of exchange is not a natural look for your income bracket, you should also consider checking out the Affordable Art Fair, which is at the Metropolitan Pavilion on March 28-31. 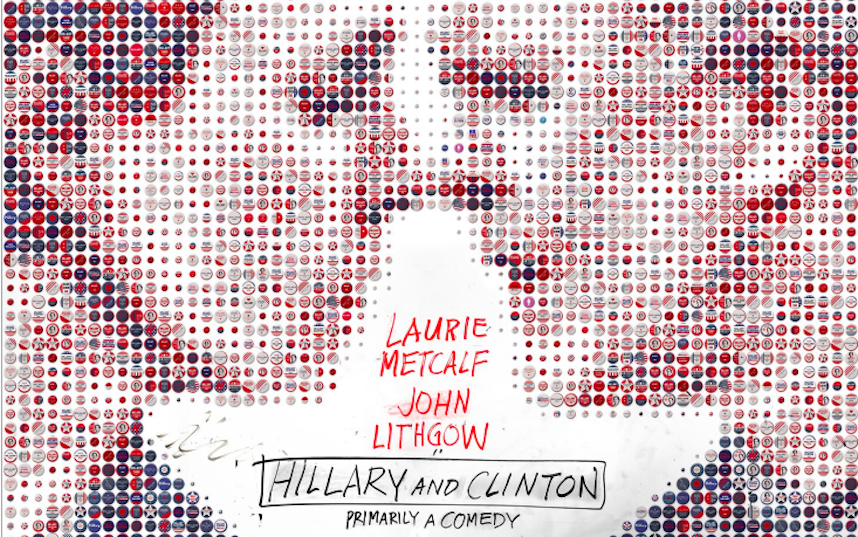 One of my favorite actresses, Laurie Metcalf, is back on Broadway this month, in a new play about Hillary Clinton and the 2008 presidential campaign, marriage, and gender roles (John Lithgow is playing Bill). Previews for Hillary and Clinton begin at the John Golden Theater on March 16. Meanwhile, a new live record album interpretation called The B Side: Negro Folklore from Texas State Prisons started its nearly month-long run at St. Ann’s Warehouse over the weekend. And months ago, at the suggestion of a friend of hers who is in the biz, my mom bought us tickets to see The Lehman Trilogy, an epic play about the downfall of Lehman Brothers directed by Sam Mendes which opens at The Park Avenue Armory at March 22. 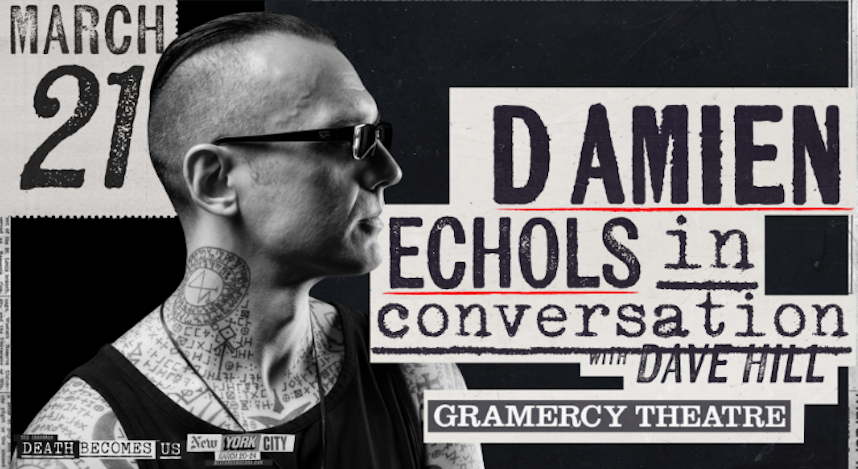 This might be highly specific to me, but when I first heard that Damien Echols, whose story I’ve been basically obsessed with since I watched Paradise Lost on HBO decades ago, would be appearing in conversation with Dave Hill at a true crime festival coming to New York in March, I knew that I had to be there. Echols was a teenager when he was wrongly convicted and sentenced to death for the murder of three 8-year-old boys in West Memphis, Arkansas in the mid-90s. Now free after serving 18 years on death row, Echols is an artist, writer, and activist with an incredibly compelling story to tell, and he’ll be speaking at Gramercy Theater on March 21 with his friend Dave Hill, a comedian/journalist/musician/actor whose work always interests me. The larger festival, Death Becomes Us, also includes appearances by people like Sarah Koenig and Julie Snyder, who produce Serial, and Amanda Knox. 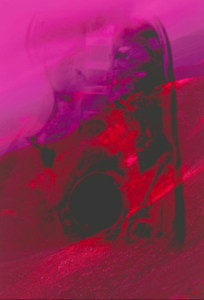 MoMA is set to close down temporarily this summer before a grand reopening scheduled for October, but before that all happens it is presenting a new exhibition of works created since 2000 that feature innovative uses of material and focus on the relationship between technology and real life.  New Order: Art and Technology in the Twenty-First Century opens on March 17, and includes several of the museum’s new and previously unshown acquisitions.

Is a whiskey festival really a cultural event? In Brooklyn in 2019, I’ve gotta say hell yeah– have you guys seen how obsessed people are with this stuff? This celebration, which will include samplings of over 100 whiskeys and other spirits, is of particular interest to me because it is happening at the Brooklyn Navy Yard, which is home to Kings County Distillery and several other local producers of small-batch booze. Tickets are on sale now for the March 30 party, which will include live music and food available for purchase.