Did you see this? Spontaneous #Robyn afterparty following her show at MSG last night, on the E Train platform! #OnlyinNYC thanks to the @subwaydj —thx @jennyvinyc for explaining how it came to be 📹 by @triszhermogenes

A subway sing-along after the Robyn concert last week captured the hearts of so many New Yorkers. It gave us hope seeing strangers come together, waiting for the subway on a crowded platform, busting a move and bursting into song. It was a scene straight out of a movie, and in fact, it turns out there was a director orchestrating the whole thing. Naveh Halperin, aka @subwaydj, was behind the curtain (or more accurately, the speaker) making it all happen. He spends his days finding moments just like this to bring people together with a spontaneous pop-up party. You can find him all over New York, lugging his equipment and his incredibly good vibes to public places like subways, parks, and streets. We tracked him down to talk about his work. 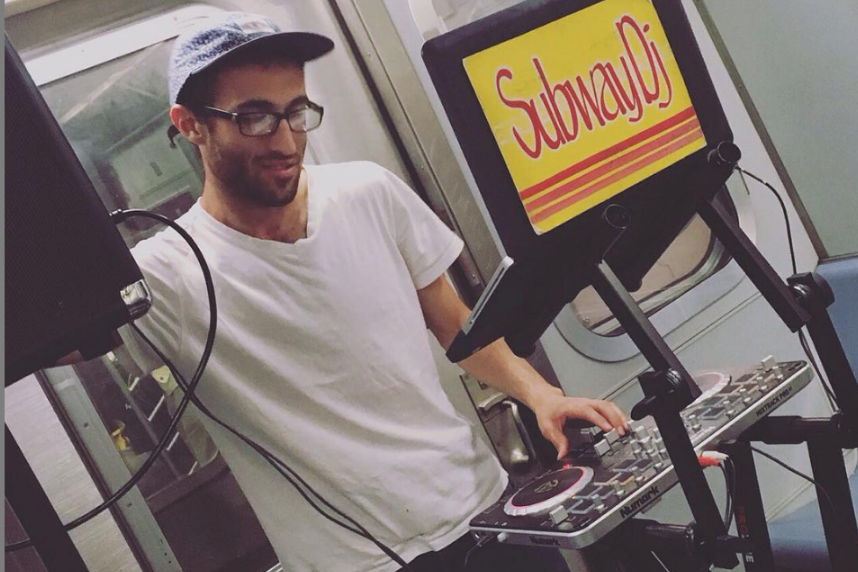 This DJ brings the party wherever he goes. Photo: @subwaydj

BB: The Robyn subway sing along really seemed to catch the imagination of New Yorkers. How did it feel in the moment?

NH: It was pretty blissful. I’m always trying to do these things. In the winter it’s a lot harder. It just really worked.

What do you think of the reaction that people had to the footage?

It’s really cool to see what happened in the subway to affect people to want to wide-spread share it. They got joy from watching the videos. It was heartwarming.

Why do you think it resonated with people so much?

Would you call these “flash dance parties” or…?

I’d say Spontaneous Pop Up Party. It’s more than people dancing, it’s a party. I’m not like, “let’s start a pop-up party”— it’s more like I’m trying to meet people where they’re at.

Where are you based? 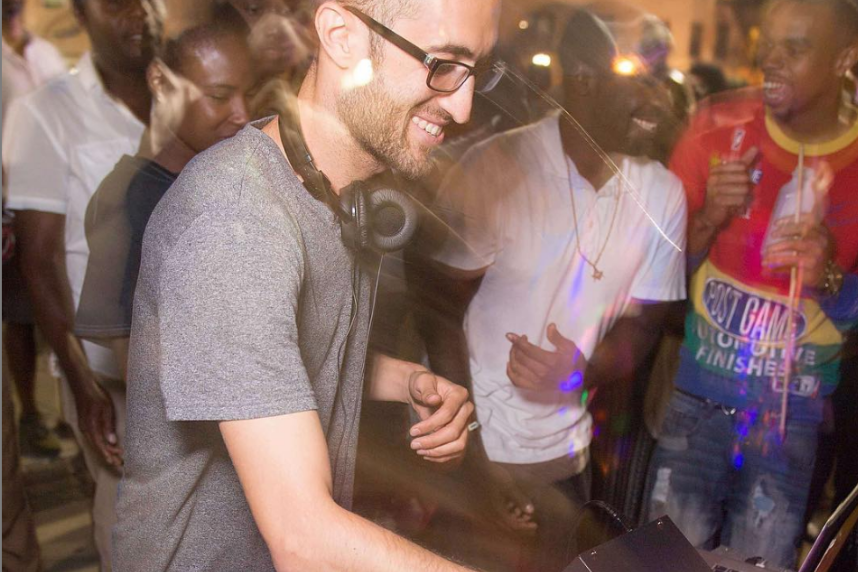 Naveh Halperin’s goal is to throw a party somewhere every day. He brings the music, and the strangers bring their energy. Photo: @subwaydj

How long have you been doing these and when did you start?

It’s been a gradual process. I’ve been at it for about four years. At first, I didn’t know what I was doing, but I had a vision. Sometimes I’d be playing music in public and a dance party would break out and I would feel rejuvenated. I’ve been trying to make this happen more often.

What was your first one? What was the response?

I went to college in Boston and there was a street festival that was ending. I went up to a PA [speaker] that was being packed up after a concert and asked if I could plug in my iPhone. I started playing jams and a small dance party broke out. I was like, “Damn, there’s something special there.” I started doing this in Boston, in Harvard Square. Eventually, I felt like it was time to go back to New York, so I’d say two years here.

What kind of equipment do you bring with you?

When I started, I had all this stuff—big PAs and I had to find outlets. And generators. It was monumental. In the DJ world, you’re judged by the equipment you use. But then I realized, if I could eliminate the setup, I could be more spontaneous. Soundboks changed things for me. I walk around with it connected by Bluetooth, and then I have a DJ app on my phone. If I’m in the subway where there’s no wi-fi, I’ll be in offline Spotify mode.

How do you decide where/ what events to bring your talent?

I’m trying to push myself to get out there every day. Yesterday I went back to that same spot [where the Robyn after party was] because there was a Weezer concert. I’m not always in the mood for a dance party, but in New York, there is always something. The main thing I try to look out for is I get in touch with my feelings. The things I feel the most resistant to, I’ll go to—I usually feel more resistant to the more offbeat places. I used to be scared of doing it in the subway car, but that ended up leading to more unique experiences. I knew Robyn’s music and I knew I would be tapping into that vibe.

For me even though I’ve been doing it for some time, there’s no guarantee something is going to happen. When something happens, the joyous reactions from strangers or real excitement in the public space makes me feel alive. The first time I didn’t even know it was possible and now it just never gets old.

What’s the best way for readers to find out about a pop-up party before it happens?

That’s been a conundrum. A lot of people want to support but a lot of it is the complete non-planning. Right now it’s if you just run into it. But there are public spaces that I frequent. When it’s warmer I’m in parks. I’m in parks quite often—I have dance parties in Union Square. I try not to make it a scheduled thing. But Fridays or Saturdays people are out, so I’m out.

Do you DJ outside of this? Or what is your day job?

I used to DJ gigs but I realized it wasn’t for me. Another passion of mine is Music Improv. Music Improv is making up songs for strangers. Maybe they get on the mic or I sing about their day. [You can see videos of this work at @musicimprov.] I’m trying to make a living from street performing.

Where can people find out more about you?

I’m trying to put up videos on a consistent basis. It’s hard because I don’t travel with a videographer, but strangers will usually record. I mean they will always record without permission, but then they’ll also record if I ask them.