The potter’s wheel was invented in Mesopotamia between 6,000 and 4,000 B.C., but recently it seems to have become the hottest new trend in Brooklyn. Perhaps it is an obvious outgrowth of the handcrafts that have swept the borough over the last decade: knitting, embroidered pillows, hand-lettered signs, and now organically shaped ceramics. These are utilitarian works of art that would be stunning in the aspirational open shelving of a tidy kitchen or heaven for your Instagramable reading nook next to your cacti collection. They photograph well, but they also feel good in your hand. At The Wing I’ve coveted small, earthy, limited-edition ceramics mugs ($45) by the Brooklyn artist, Helen Levi. She works out of a massive studio in Red Hook, which I know because I watched this Apartment Therapy video tour of her studio. The sunny, spacious area looks like a fictionized version of an artist’s 70’s Soho loft; which begs the question: who can afford to be a potter in Brooklyn? 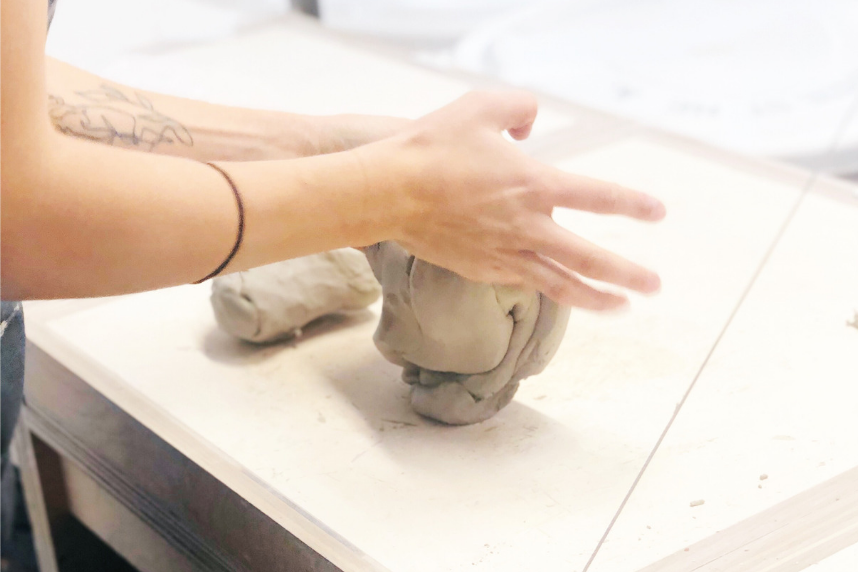 Ceramics is a hard thing to learn, but in fact, it is all about the practice. Photo: Meredith Craig de Pietro

This is probably the real reason why it has taken Brooklyn so long to find ceramics as a craft-turned-business. Rents are at an all-time high, and to become a ceramicist means having space to do it all in. The wheel, the kiln, and the storage space require square footage that most artists just don’t have to spare. Also, landlords might be wary of letting artists install a kiln. Jennifer Waverek set out to solve that problem with a 5,000-square-foot studio in Prospect Heights that she opened in January. Called Bklyn Clay, it’s the largest ceramics studio in Brooklyn, on par with Greenwich House Pottery in Manhattan.

“The initial idea started from looking for a studio space and realizing that other people really needed it as well,” says Waverek, Owner and Director of Bklyn Clay. “I couldn’t find a place to put just an electric kiln into and if I was having trouble doing that, I knew that other people were too. When landlords hear kiln, they think open fire. But it’s actually like an oven, and safer because it shuts off on its own.” 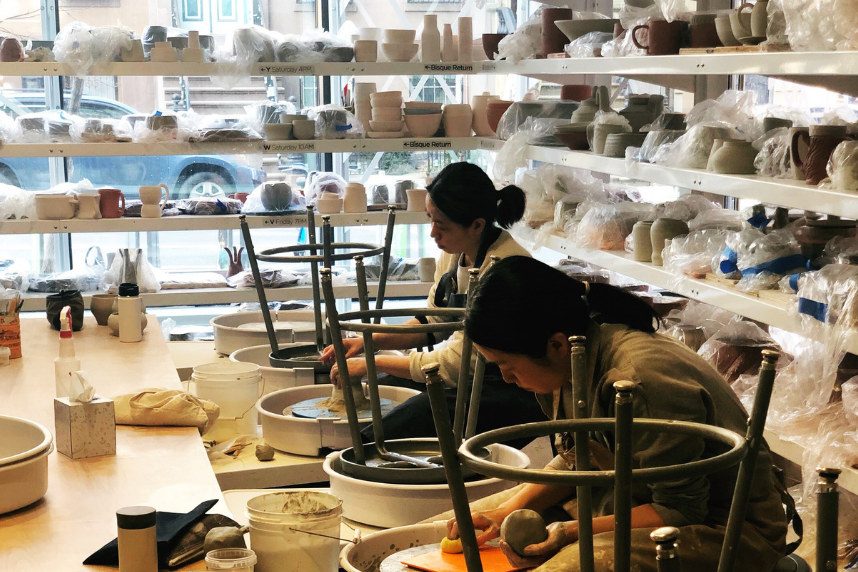 At its heart, Bklyn Clay is a community space, and they offer classes most nights of the week. There are beginner classes, kids classes, private lessons, and special event spaces. A “TryDay Night” class is a fun way to give ceramics a whirl, though one thing to know before signing up is that you won’t be making a beautiful vase on your first day. In fact, at a TryDay class you won’t be making anything at all—you’ll just be getting the feel for the equipment and the materials. There are quite a few steps in the making, finishing, and glazing of the object, and each part takes time for drying. It’s a lot of hand-eye coordination and can end up being frustrating the first time. Viviana Florez, a designer, who has taken classes at various Brooklyn studios, says she loves the experience, even though it’s not so easy. “It’s like a sport: You have to keep practicing.” 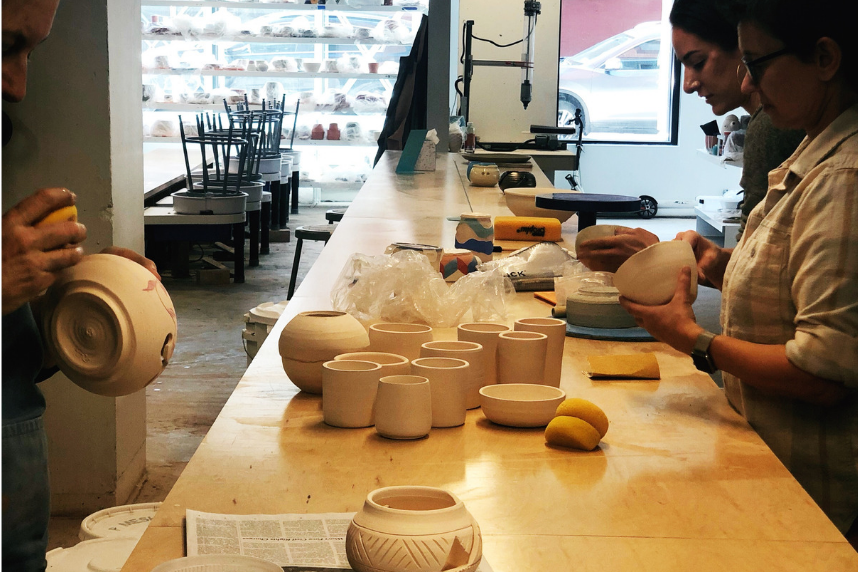 Ceramicists can glaze their bowls with 24/7, 365-day access to the space. Photo: Meredith Craig de Pietro

A community ceramics studio allows potters to share the resources and have space to learn the trade. In Brooklyn, there are other studios like Gasworks in the South Slope (which Jennifer Waverek also helped start), Choplet in Williamsburg and Brooklyn Clay Industries in the Navy Yard. Most offer studio space to members as well as classes, but often members cannot use the space during class time. “Having an open member space dedicated to members is helpful because there will be classes most nights of the week,” says Waverek. Ceramics is time-based, and there is only a certain amount of time before the clay gets too dry, to trim it and get it in the oven. “It could be two weeks before you finish a piece from start to finish. And so, [we make it possible] to have the resources more available so you don’t have to figure out how to do that with a busy life. That’s the whole idea.” Members at Bklyn Clay have access to the studio 24 hours a day, 365 days of the year. 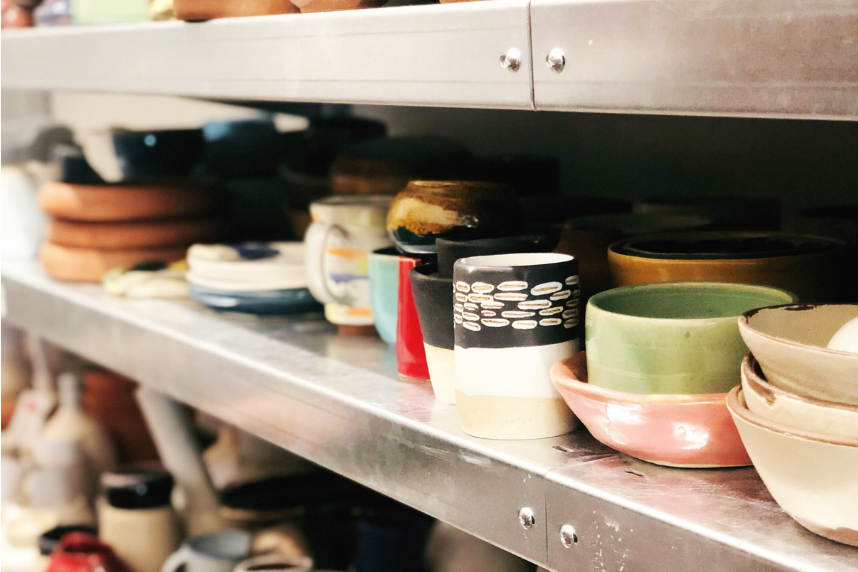 The amount of work produced at the studio is staggering. Photo: Meredith Craig de Pietro

The idea is something that is resonating with the potter community in Brooklyn. They already have 205 members (and an additional 300 students between TryDay, classes and private lessons.) To become a member, you must be able to work ceramics from start to finish without any assistance. “If you make something that has an air hole in it, it’ll blow up in the kiln,” Waverek says. “You have to know what you’re doing.” Many of the members are artists preparing for gallery shows, while many sell their work on Etsy or other sites. One member drives in from Long Island to use the space, others come from Manhattan or live in the neighborhood. 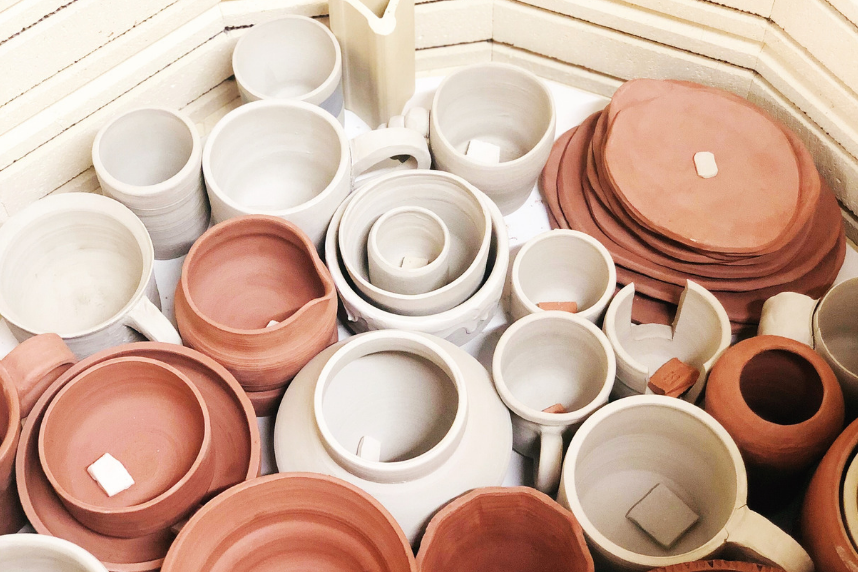 The indoor kiln hardens the work into something that can last for centuries. Photo: Meredith Craig de Pietro

Not all members are artists or entrepreneurs. There’s something about the craft that lends itself to grounding oneself. Some people are just coming in and using it as a meditative practice, explains Laura Vogel, Assistant Director of Bklyn Clay. “There are people that are here easily a few times a week for months who don’t make anything.” It’s tactile and centering in the same way that gardening can be. One woman came in after a divorce and was practicing the meditative act as therapy. Carolina Rubio-Macwright, a teacher at the space, is also an immigration attorney and offers a free class for recent immigrant mothers, where she relays information about their rights while the women learn to work with the clay. Even though ceramics might be hard to learn, it’s not about the results as much as it is about the process of getting there. It’s as much a skill as it is a grounding practice and a working meditation. 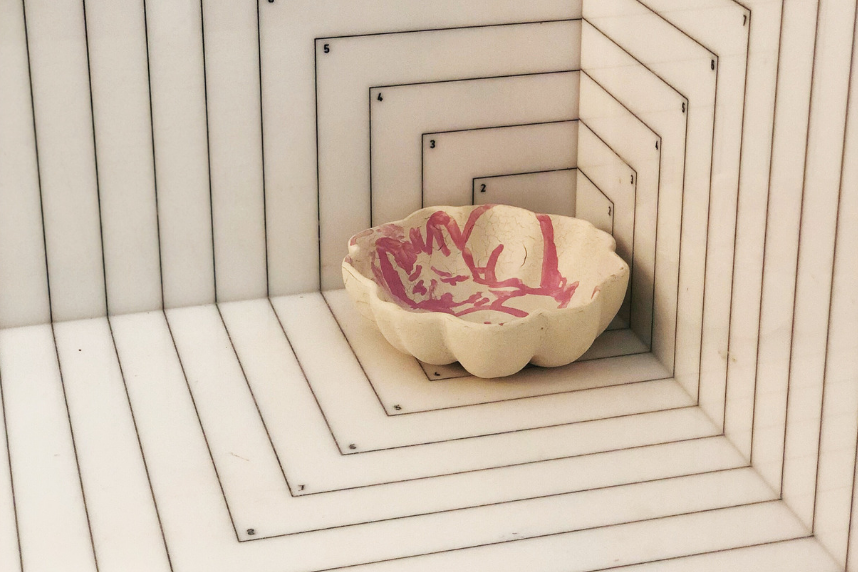 From kids classes to special events to 24-hour memberships, Bklyn Clay has an option for everyone. Photo: Meredith Craig de Pietro

“There’s something about touching Earth. I know it sounds super lame, but at the same time, we walk on it, we lived in connection to mud for hundreds and thousands of years. It is the most ancient art form,” says Vogel, right after cave drawings.