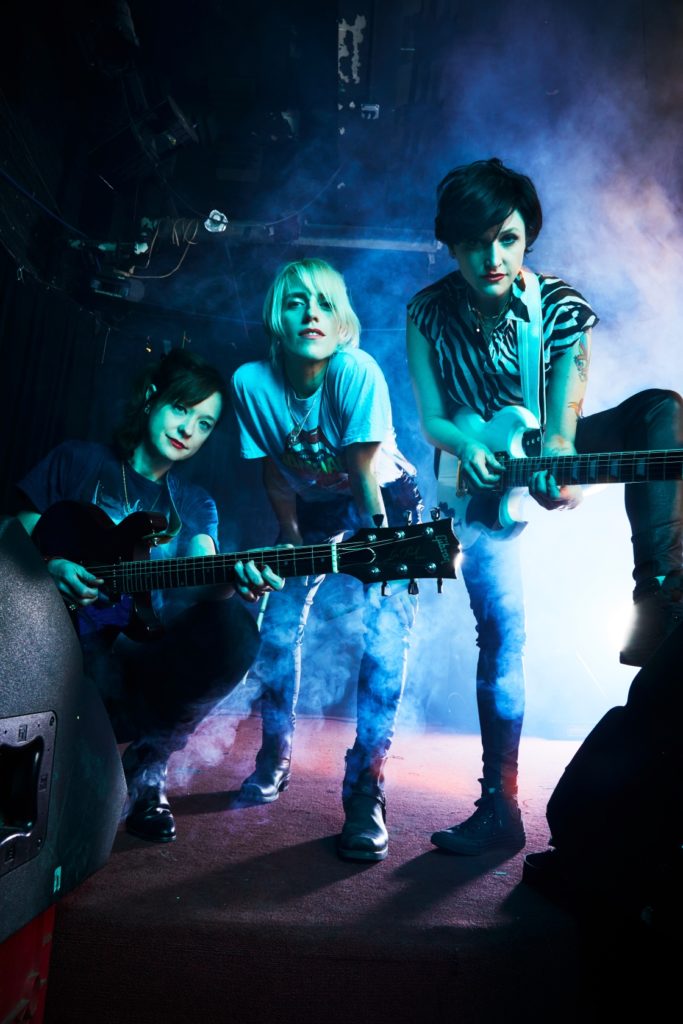 Certainly one of the most anticipated albums of this year is Ex Hex’s It’s Real (Merge Records), the follow-up to the all-female indie rock’s trio 2014 debut Rips. If you loved Rips‘ runchy guitar riffs, catchy hooks, and references to ’70s glam rock and ’80s pop metal, then you won’t be disappointed with It’s Real. All killer and no filler while turning up the volume level to 11, the new record delivers many outstanding rockers: from the metallic-like arena rocker “Tough Enough ,” to the very British-influenced “Rainbow Shiner,” to the New Wave-ish “Good Times” (which sounds like something out of the Cars’ first two albums). As heard on It’s Real, Ex Hex’s music brilliantly mimics the arena rock/punk sound that had traditionally been the domain of male bands, but it also cleverly subverts the formula with a feminist bent. Mary Timony continues to burnish her credentials as an alt-rock guitar goddess with her dazzling playing, backed by Betsy Wright’s melodic melodic bass lines, and Laura Harris’ muscular drumming. They are also a dynamic live act , so you have two chances to see them this year for some rip-roaring fun in the Big Apple: Thursday (April 4) at the Bowery Ballroom, and May 9 at Elsewhere.