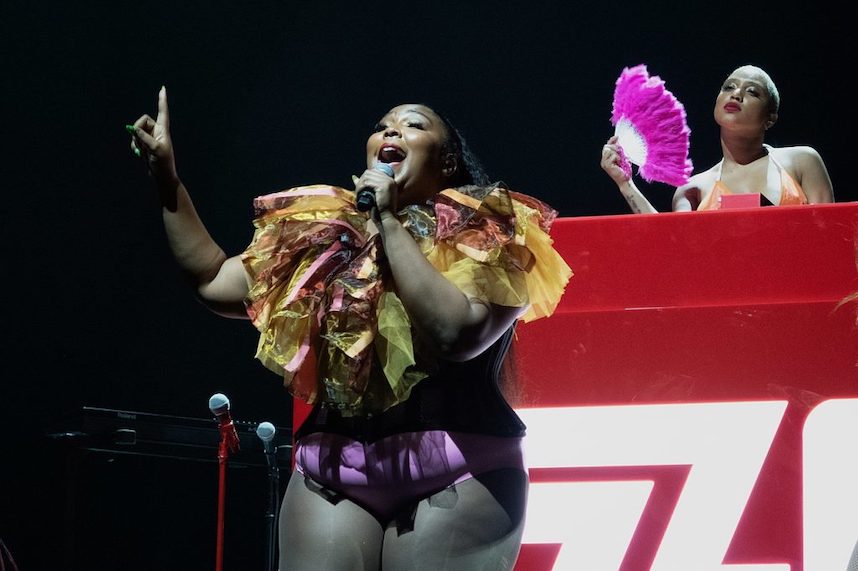 You can thank Lizzo this year for providing the soundtrack of this summer, ‘Juice.’ Photo: David Lee from Redmond, WA, via Wikimedia Commons

In the history of pop music, newcomers who are heavily-hyped in the press usually as the next big thing end up on one of two paths—they either go on to have a long and successful career or fizzle out. Fortunately R&B/hip-hop singer Lizzo (the stage name of Melissa Jefferson) will likely to fall in the former.

The combination of her powerhouse voice, brassy attitude, and feminist message has catapulted Lizzo as one of the most talked about new artists in music today (she already has been featured in such major outlets as The New York Times, CNN, The Guardian and The Washington Post). After releasing two albums and sharing the same stage with Haim and Florence + the Machine, Lizzo has truly arrived with her excellent new album Cuz I Love You.

A shoo-in to appear on most critics’ best-of-2019 albums lists, Cuz I Love You is a dazzling and stylistically diverse record: the title cut and “Jerome” recall of  vintage R&B torch ballads that echo James Brown and Etta James, while “Like a Girl” hearkens classic Missy Elliott (who coincidentally duets with Lizzo on the sexy and scintillating track “Tempo”). Other noteworthy cuts among many include the gospel-inflected “Heaven Help Me”; the infectious Prince-influenced dance funk of “Juice”; and the burning slow jam “Better in Color.”

Much has been made in the press about Lizzo’s image as a body-positive artist, but as Frida Garza astutely writes in The Muse: “That critics specifically focus on body empowerment is at odds with the way Lizzo portrays her work. More accurately, she occupies a space that’s common in pop: her body as sexual and covetable.” Audiences will experience Lizzo’s sexy and cathartic songs first-hand when she plays Brooklyn Steel on May 12 and 13. No doubt about it—her time is now.