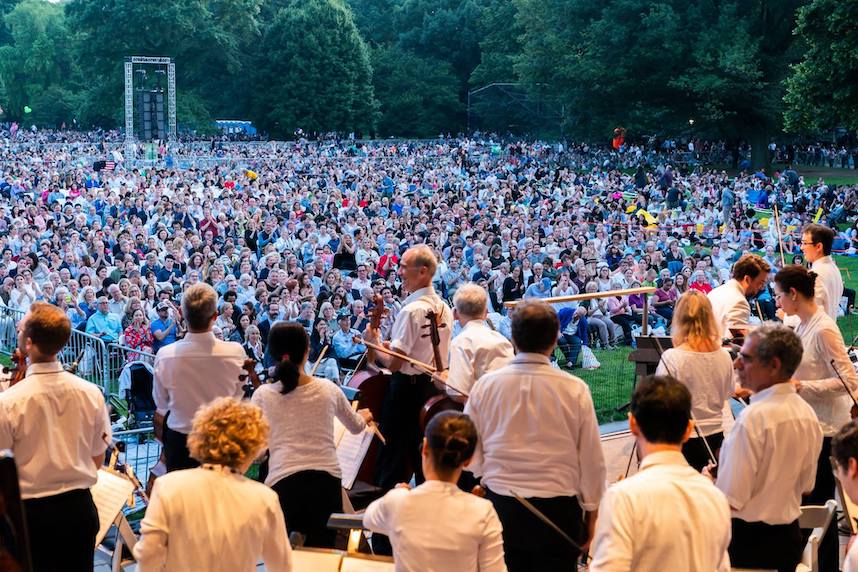 My first few summers in Brooklyn were full of new discoveries in a city that I thought I’d known my whole life—tacos in Sunset Park; beers in the on the roof of Rocky Sullivan’s in Red Hook; taking my dog to swim at the dog beach in Prospect Park; the Sakura Matsuri Festival; beach days at Coney Island, Celebrate Brooklyn shows, and so on and so on. Those activities and many others have become annual traditions for me during the summer—my favorite time to live here—but one of my early faves, the free New York Philharmonic show in Prospect Park, has been off the table for the last few years due to other commitments. This year’s concert is slated for June 14 at 8pm, features works by Rossini, Copland, and Rachmaninoff, and no matter what, I’m gonna be planted on a blanket with a bottle of rose and selection of stinky cheese to see a world-class orchestra performing classical music under the stars surrounded by thousands for my fellow Brooklynites. Oh, and the evening concludes with fireworks above the ballfields, which is an awesome coda to a lovely Friday night. The concert starts at 8pm at the Longmeadow Ballfields, and you can call (212) 875-5709 for weather and other updates.