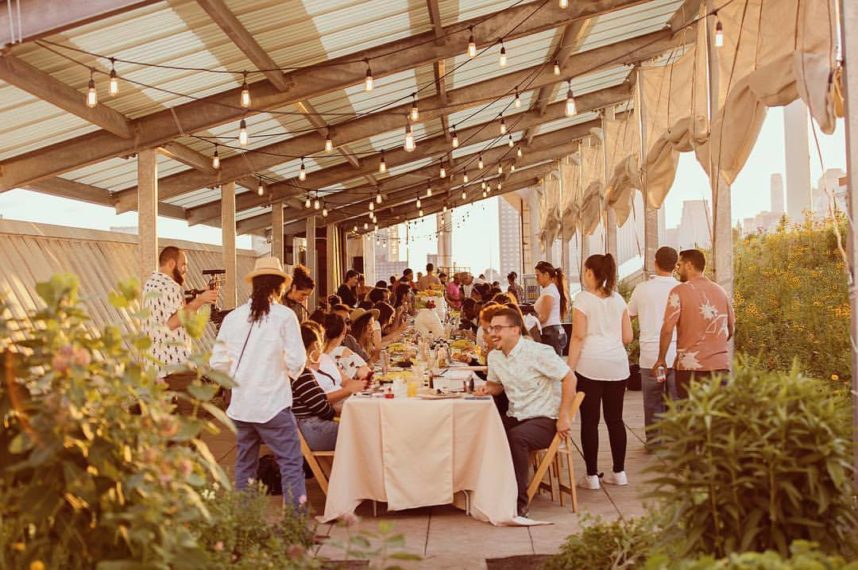 This could be you, if you plan ahead. Photo: Brooklyn Grange

At a delicious dumpling making class at Brooklyn Grange this winter, I met a pair of regulars who clued me in on a secret to Brooklyn Grange’s rooftop farm dinners: You need to be on their email list if you want any chance of scoring a seat. And just like they promised, the first few summer dinners sold out within 10 minutes of Brooklyn Grange’s mid-May email. The next round will be announced mid-June, so go ahead and get on their list now if you want a shot at the Veggiepalooza (August 14) or Tomato Dinner (August 28) at their Brooklyn Navy Yard farm or the Crab Boil (August 11), one of four dinners at their Long Island City perch.

There’s also one more opportunity to drink and feast at their urban farms this season: July 4. This is the first summer in four years that the Macy’s fireworks show will be centered around Brooklyn Bridge, and Brooklyn Grange is hosting a party on their Navy Yard rooftop, a prime viewing spot. (There’s also a family-friendly version at their LIC locale.) Tickets for both these parties are still available now, no waiting or email subscription needed.