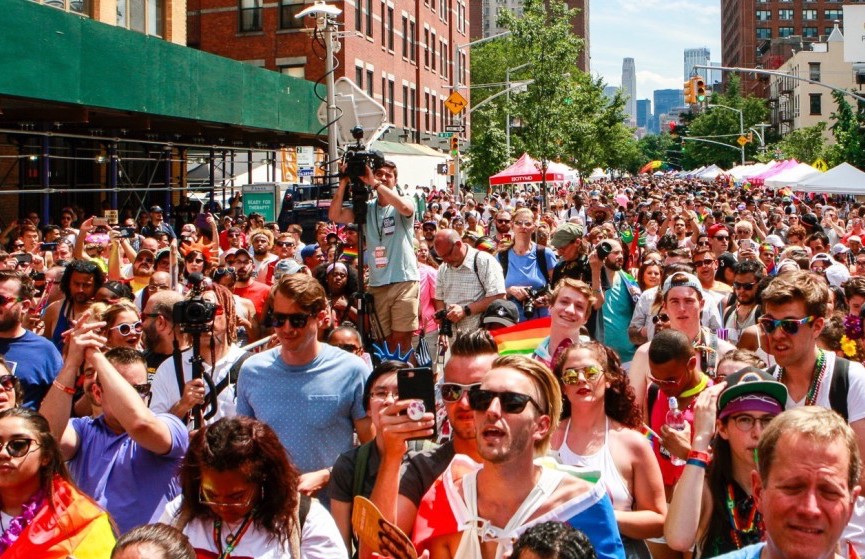 It’s been a rainbow-filled Pride month in NYC, and Sunday will be the biggest show of colors yet. Take in the music and food-filled street festival PrideFest, or be a part of the biggest NYC Pride March in history and join the estimated 4.5 million people expected to attend. Gothamist has a guide to the all the Pride marches this weekend, including the Dyke March on Saturday and the competing Queer Liberation March, created in opposition to the increased police presence of this year’s official Pride march. And if you plan on avoiding the festivities out of crowd anxiety or heat fatigue, but still want to commemorate this milestone Pride, The Feels, a webseries about a bisexual man in New York, reached out to suggest celebrating by “bingeing queer narratives from all over the place” and from all backgrounds represented in the 30 episodes of its third season. You’ll see some familiar faces, like Sara Ramirez of Grey’s Anatomy. However you choose to celebrate, Happy Pride!