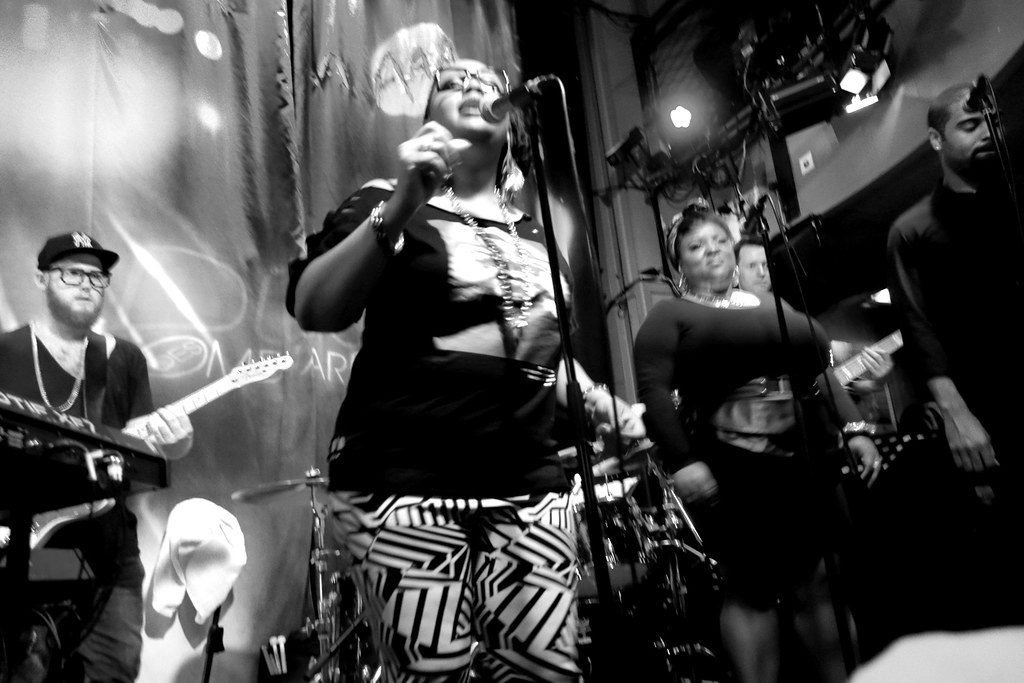 “Lalah Hathaway” by Philippe Agnifili is licensed under CC BY-ND 2.0

When I was a web intern at public television station WNET/Thirteen about 10 years ago, one of the archival projects that I worked on was Soul!, the 1970s groundbreaking television series hosted by the late Ellis Haizlip that aired on the station. Having never heard of it before, I was drawn by the fact that Soul! was an outlet for African-American culture and art at a time when such a program was rare in mainstream television. Among the notable people who have appeared on the program included Stevie Wonder, Earth Wind & Fire, Gladys Knight, Max Roach and Muhammad Ali. One particular episode that sticks out in my mind featured film director Melvin Van Peebles and the cast of the Broadway musical Ain’t Supposed to Die a Natural Death, as well Kathleen Cleaver, the wife of Black Panther activist Eldridge Cleaver (A recent film documentary about Haizlip, Mr. Soul!, was co-directed by his daughter Melissa).

In 1972, Haizlip mounted Soul at the Center, a program of African-American music and poetry at Lincoln Center. It was the first-ever series on black culture and art at the institution. Over the course of several days, the stellar all-star lineup at Soul at the Center included among others Nina Simone, Sister Rosetta Tharpe, Nikii Giovanni, Ashford and Simpson, Bobby Womack, Shirley Caeasar, LaBelle, Taj Mahal and Donny Hathaway. Haizlip told The New York Times prior to the event: “We’re going to leave vibrations at Lincoln Center that will make it impossible for culture to be defined in New York without black people.”

Nearly 50 years later, Lincoln Center is bringing back Soul at the Center on July 24, kicking off another season of Lincoln Center Out of Doors. Headlining the program is Grammy-winning singer Lalah Hathaway, the daughter of the late Donny Hathaway. She will pay homage to her father (one of the greatest soul singers of all time; tragically, he died in 1979 at age 33) by performing his songs. Also on the bill with Hathaway are The Last Poets, the legendary politically-minded collective whose spoken word poetry on the struggles of African Americans paved the way for hip-hop. Most recently, the group released a brand new album, the fittingly-titled Transcending Toxic Times. Other artists featured that night will be Queer pop artists The Illustrious Blacks, singer Baby Rose, and Roosevelt Andre Credit and the Lapelle Choir. A special evening of great music and thought-provoking poetry, Soul at the Center is not only a tribute to Haizlip for championing black culture, but another reminder that the African-American experience still needs to be told now more than ever.