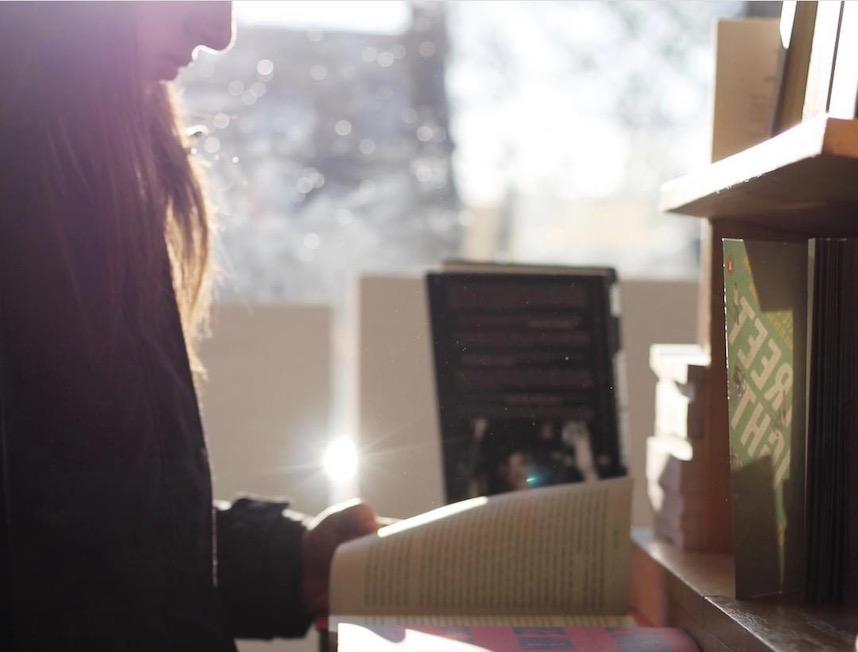 On Saturday, July 13, WORD bookstore is participating in our Total Greenpoint Immersion by offering attendees two sweet deals, 20% off one book and a free book with the purchase of a tote.

We asked WORD’s booksellers to recommend their favorite books right now to make the most of these discounts, and to help you choose the perfect books for summer. Here are their picks: 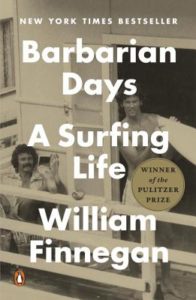 “William Finnegan, a reporter and contributor for The New Yorker, brings his keen eye for specificity and tone to his own life’s story. Whether you are a surfer yourself or just a casual bystander, “Barbarian Days” paints a vivid picture of the surfer’s life for all readers. Perfect for a summer read in the sun!” —Lorenzo G., Bookseller

The Sun on My Head by Geovani Martins

“Debut is a loaded term because so many new or first books reek of the influence of earlier, often greater writers. That’s why when something’s not only fresh, but also undeniably good, we should all take notice. Geovani Martins parables of tender masculinity are rendered in a natural dialog that bring us straight onto the blinding beaches of Rio and the desperate walled-in streets of the favela. For Martins, this is home, and his stories are so evocative, so full of life and motion, that I was floored. This is a book for all ages, for all sensibilities.” —Jeff Waxman, Bookseller 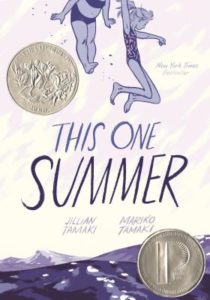 This One Summer by Mariko Tamaki

“A beautifully illustrated graphic novel that is great for all ages, especially young adults. The story revolves around two young girls during summer vacation and focuses on the subtle differences between their levels of maturity and their strong bond regardless of those differences. The visual narrative is cinematic and the storytelling will have you feeling all the feels.” —Chazz J., Bookseller

The Chain by Adrian McKinty

“What would you do if your child was taken? What if the only way you could get them back was to kidnap another child in exchange for your own? A haunting thought, isn’t it? The Chain had me on edge the entire time, but I couldn’t find an excuse to put it down. Everything in Adrian’s novel is very real, from kidnapping, to trauma and depression, to the Dark Web, he somehow made it feel very personal and much more uneasy…just the way I love my thrillers. Highly recommend this for anyone looking for something different.” —Eve G., Bookseller

The Gilded Wolves by Roshani Chokshi

“Who doesn’t love a good heist story with a ragtag group of friends? The Gilded Wolves grabs hold of you from the very beginning and maintains its grip until the last page. I cannot wait to continue this series in the coming years because it kicked off with a such a solid start. Chokshi is an incredible writer who is skilled in painting clear pictures and well-rounded characters.” —Kim S., Bookseller 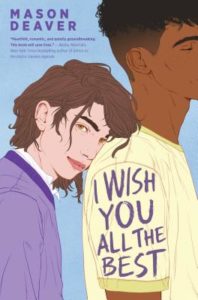 I Wish You All the Best by Mason Deaver

“I Wish You All the Best is one of the most honest #ownvoices books. Debut author Deaver has done a terrific job with a non-binary narrative. Within the LGBTQ sphere, I haven’t seen much with a non-binary character and I was grateful to get the chance to read a story from this point of view. Deaver writes from a real place and it translates well on the page through Ben and their journey throughout the novel.” —Kim S., Bookseller

“The experimental, first-person style of Milkman evokes the paranoia and discomfort that goes hand-in-hand with being constantly monitored, judged, and watched. This books comes out swinging and is unrelenting in how it interrogates what it means to be a girl in an environment where difference is punished by unwanted attention. Not a comfortable read but a significant one.” —Amanda T., Bookseller

“Not your typical hero story. In fact, it’s quite hard to determine just who is actually the villain and who’s the hero. On one hand you have Eli who feels as though he has been blessed and goes around killing in the name of religion. On the other, you have Victor who has an unhealthy obsession with revenge and will do anything to get it. In a story of friends turned enemies, you won’t be able to put this book down.” – Mustafa B., Bookseller 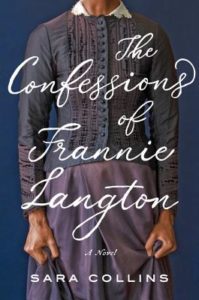 The Confessions of Frannie Langton by Sara Collins

“Frannie is a character that Sara Collins forces you to keep with you long after you finish this book. Collins manages to cover the scope of slavery through bot an international and interdisciplinary lens that uncovers yet another horrifying aspect to this time period. Not only do we follow Frannie Langton from the plantations of Jamaica to the foggy streets of London, but we also learn of the psychological and scientific practices developed to keep people of color in subordinate positions in the most terrible of ways. Frannie Langton’s story is one of true survival, but not one of a slave girl who had no autonomy but an enslaved woman who would not let her soul be put to rest without her truth being laid bare however it may be perceived. Though several generations apart, there is too much I could relate to in Frannie Langton and I can not stop talking about her! Anyone who reads her testimony will love her too! ” —Deidre D., Operations Director

“A sweet coming of age story that deals with the reality of family, friendship, and first loves. A graphic novel that is sure to pull on your heartstrings – follow as Ari and Hector fall in love and deal with the responsibilities of growing up.” —Yadira A., Bookseller 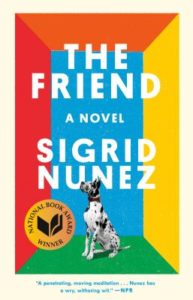 The Friend by Sigrid Nunez

“A month or two ago, a customer recommended The Friend to me, and I’m so glad she did! The book is about a woman who struggles to cope with her friend’s sudden death and hesitantly takes in his Great Dane. Written as a stream of consciousness, the novel explores grief, friendship, and most of all, the writing life. Page 175 is the best. Any dog lover will agree.” —Victoria R., Bookseller