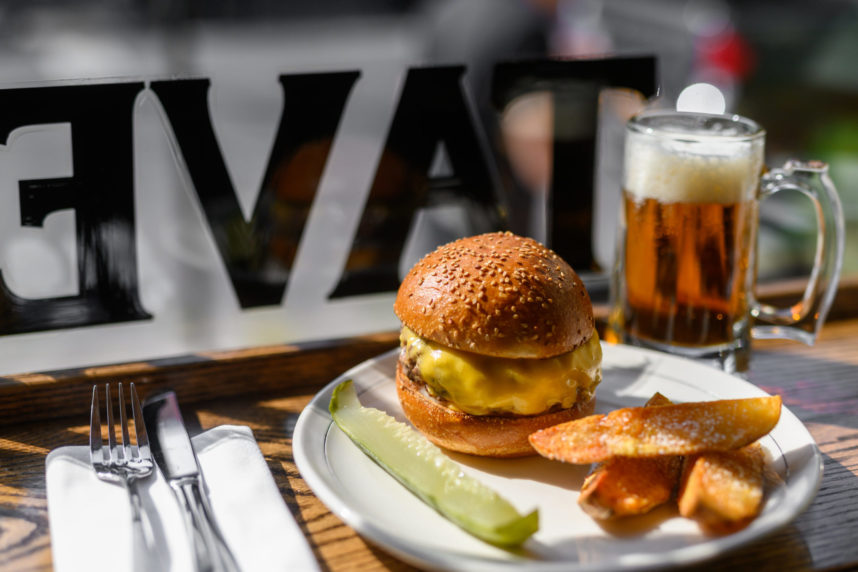 Every neighborhood should have a spot like Red Hook Tavern. The formula seems simple—it’s cozy enough for a date, yet casual enough to meet a buddy for beers at the bar. The entrees are straightforward (shellfish/chicken/burger/steak), the drinks are solid, the servers are friendly, the ceiling is tin, the bricks are exposed, the lights are low, etcetera, etcetera. And yet, in the hands of Hometown Bar-B-Que owner Billy Durney, the long-awaited Red Hook Tavern is an instant classic, its weekend tables booked a month in advance.

Even on a stormy Wednesday evening, on a Red Hook corner that’s a 20-minute walk from the nearest subway, we faced an hour-plus wait for a walk-in seat at the bar when we arrived at the early-bird hour of 6pm. Since the restaurant has been in the works since 2016, another hour of anticipation didn’t seem so bad. We waited (over a round of big, delicious cocktails at the perpetually welcoming Fort Defiance) to see if this throwback tavern was worth the hype. 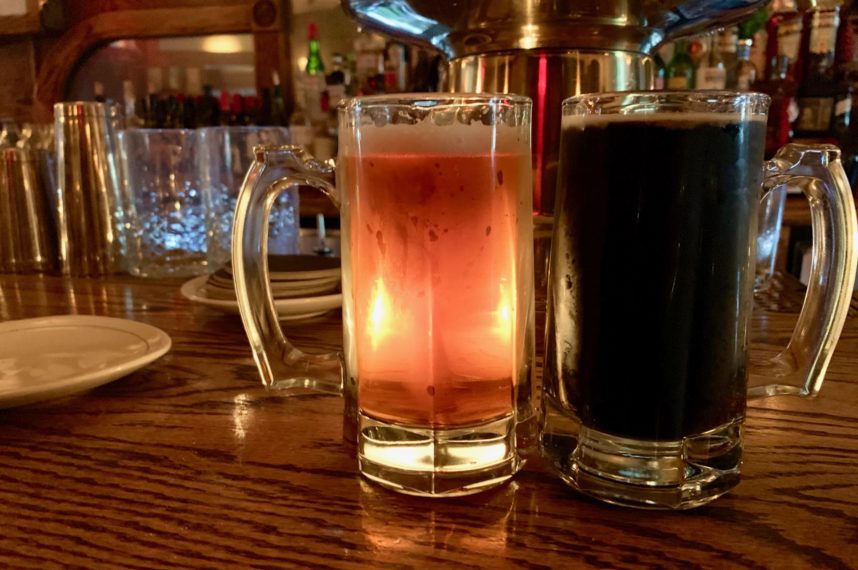 First, let’s talk about the burger. It couldn’t be better. Inspired by the Peter Luger lunchtime-only specialty, it’s dry aged, topped swith melted American cheese and white onions, and served with 3 thick, salty fries and a pickle. The cheeseburger is the capstone of American bar food, and Red Hook Tavern’s juicy, salty, perfectly simple version stands up to the greats. There was at least one on every table, sometimes flanked by the 45-day dry-aged strip steak and a pile of head-on spot prawns covered with chilies and herbs—but if you order anything other than the burger, you’re gonna be asking your dining companion for a bite of theirs.

As for the extensive and carefully curated drink list, there are classic cocktails (listed by year and place of origin), plus beers that cover all the bases—a Folksbier lager, a Threes Brewing Pilsner, an Other Half IPA, and a Weihenstephaner hefeweizen. There’s also a pair of extremely drinkable light or dark $6 ales served in mugs, a la McSorley’s Old Ale House. They’re not actually McSorley’s beers, but the tavern does a fine approximation with a Yuengling Porter for the dark and the crisp, just-bitter-enough Fuller’s for the light. On the more grown-up side of the beverages list, Durney pays tribute to his favorite winemakers, with a focus on natural wines. Bottles range from a $40 pet-nat from Maryland to a $700 bottle of red from Château Lafite. 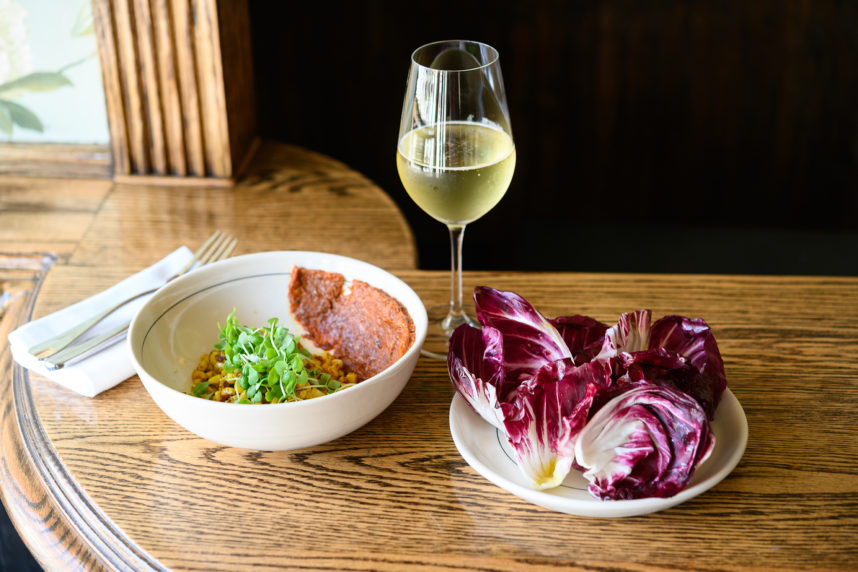 Upscale appetizers like the chicken liver pâté or a charcuterie plate with venison and wild boar would pair well with a fine wine, but our beers paired perfectly with the country ham croquettes. Crisp with rye bread crumbs, these savory little orbs brought to mind the croquetas de jamón of a honeymoon in Barcelona, while the pool of Dijon mustard and mayo beneath them gave them the same flavors as a really good ham and cheese deli sandwich. The wedge salad, another popular starter, goes above and beyond the typical slab of meek iceberg lettuce. Here, it arrives as savory flavor bomb of buttermilk-dressed romaine with funky blue cheese, feathery dill, tangy pickled mustard seeds and a hefty slice of thick-cut bacon draped across the top. And no matter what your entrees entail, the roasted corn is a must-order. Served with lemon and basil in a bowl smeared with ‘nduja, a spicy salumi spread, the off-the-cob corn is meant to be piled into radicchio cups for a fresh and playful snack that balances the sweetness of the kernels with the heat of the ‘nduja and the bitterness of the radicchio leaves. 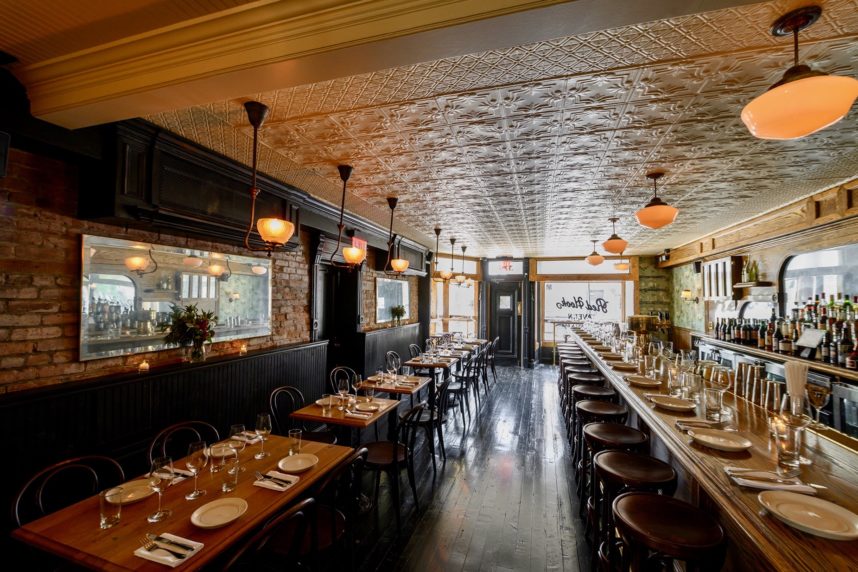 We do have some slightly bad news, though. Durney has been talking a big game about fried chicken since he signed a lease for the tavern in January 2016. Setbacks have included structural problems in the restaurant’s 100-year-old building and trouble with an expeditor who was banned while working on the project, and though there’s been talk over the years that Durney was developing a fried chicken recipe inspired by Gus’s in Memphis and Willie Mae’s Scotch House in New Orleans, this dish never made its way to the menu. 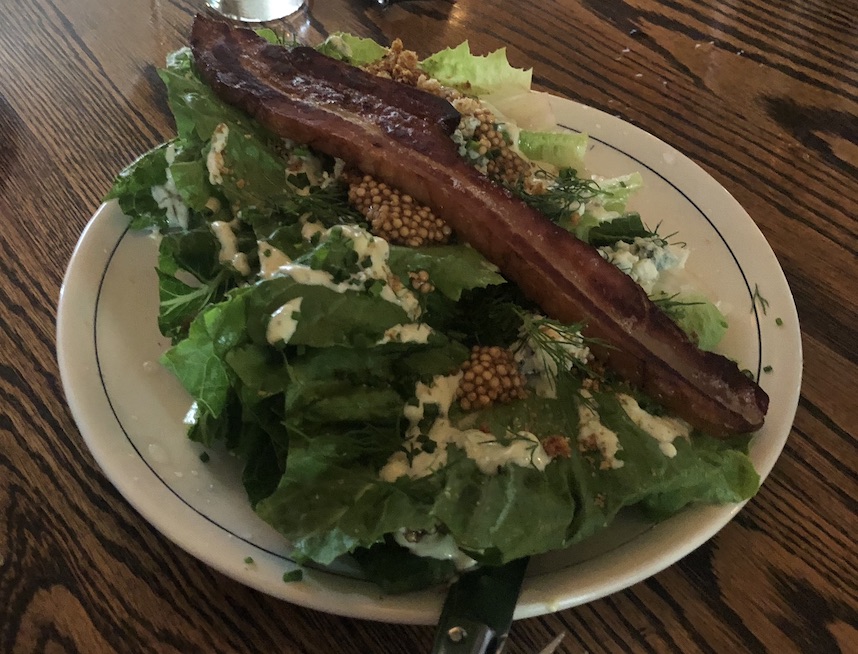 Instead, chef Allison Plumer, who comes from Lot 2 in South Slope, is cooking up a brined and pan-roasted half-chicken. Served with a generous pile of buttery mashed potatoes, encircling a wading pool of rich gravy, the chicken was redolent of rosemary and thyme but was not a juicy, falling-off-the-bone affair. Still, it was generous and comforting, reminding me of the meals I cooked with my roommates in my Brooklyn apartment after college, when I was just starting out as a food writer, treating cookbooks like bibles, and making dinner party memories out of pasture-raised chickens and knobby organic potatoes from the greenmarket. Around that same time, I was discovering the magic of the burgers at Corner Bistro and forging lifelong friendships over the 2-by-2 beers at McSorley’s, and maybe that’s the point. Red Hook Tavern is not just a tribute to Old New York; it’s a gift to all the eaters who are making their way in this most delicious city. 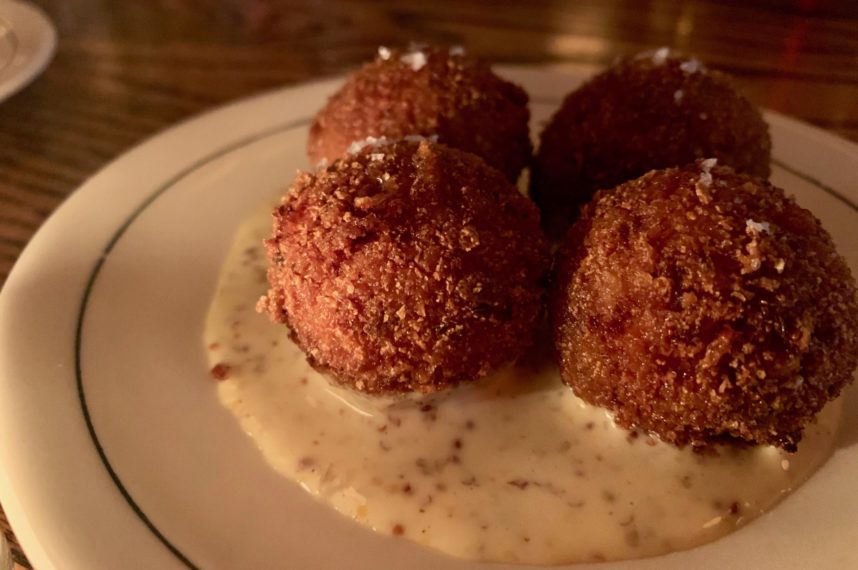 Red Hook Tavern is located at 329 Van Brunt St, Red Hook; 917-966-6094. Reservations available at Resy and walk-ins accepted on a first-come basis starting at 5pm for seating at the bar.