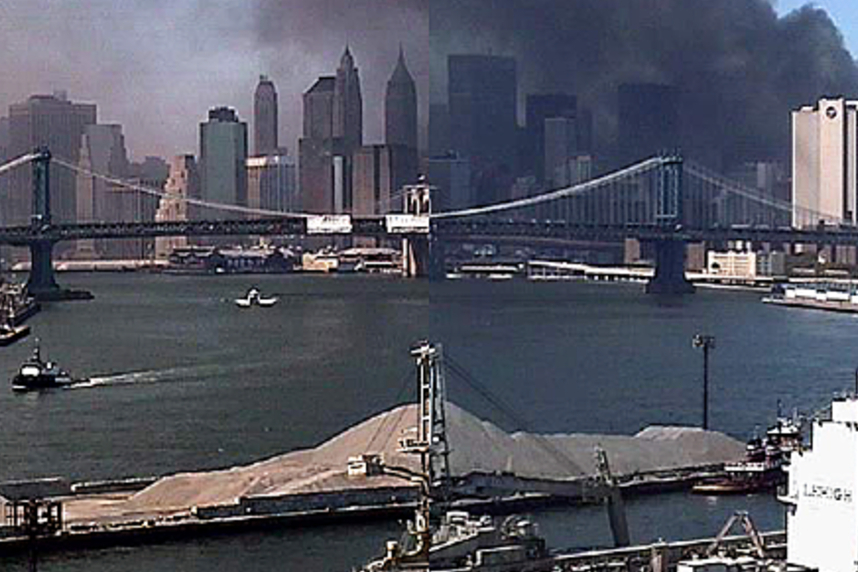 It’s hard to believe it has been almost two decades since September 11, 2001.

Video artist Wolfgang Staehle had set up webcams in Brooklyn a few days prior to September 11 with the idea of capturing the mundane predictability of life. His subsequent two-channel film, 2001, documents the Twin Towers in the hours leading up to and following the attack.

As a way to reflect upon the day that changed our trajectory, Brooklyn Historical Society has programmed an all-day screening of Staehle’s film, starting at 8:30am. At 7pm, Jessica Chen, Senior Director of Public and Professional Programs at the 9/11 Memorial & Museum, will moderate a conversation with three writers who have processed the tragedy through their works. Both events are free, but you can RSVP for the film and the discussion.