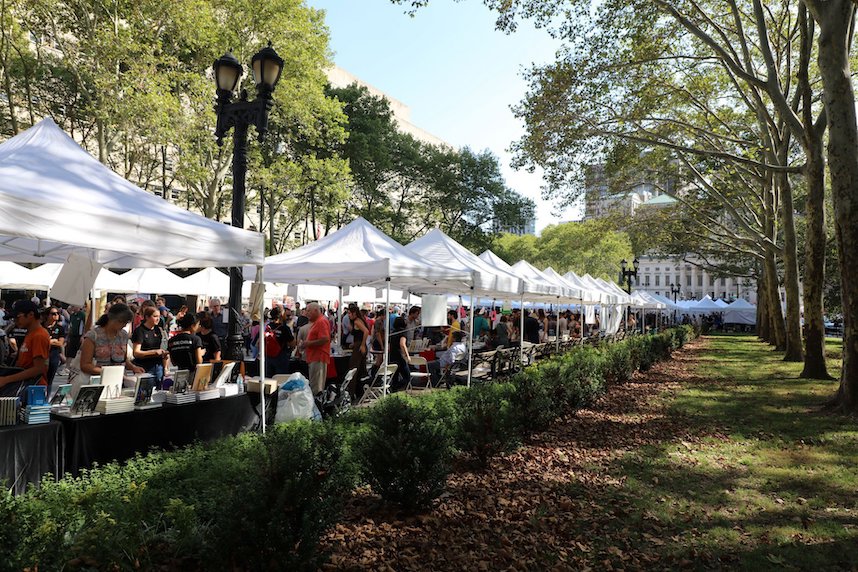 It’s been a long wait, but Sunday marks the return of one of Brooklyn’s signature annual events, the ever-fabulous Brooklyn Book Festival, an ambitious free literary event featuring some 300 nationally and internationally recognized writers who will participate in public panels and talks and stick around after to sign copies of their books. This year’s slate is as impressive as ever, and there’s a wide array of fiction and non-fiction authors, journalists, chefs, politicians, comedians, and activists on the schedule to discuss topics like the climate crisis, racial injustice, feminism, media in the Trump era, and more pressing, complicated issues. Which panels interest you is of course a matter of personal preference, but Alison Roman and Anita Lo on cooking at home, Matt Taibbi on “What Does and Does Not Make America Great,” and DeRay McKesson on “Resistance Against Injustice” were the panels that initially caught my eye. Also, who would turn down the opportunity to see Joyce Carol Oates in conversation with Marlon James? The festivities run all day, from 10am-6pm, and are free on a first come, first served basis.