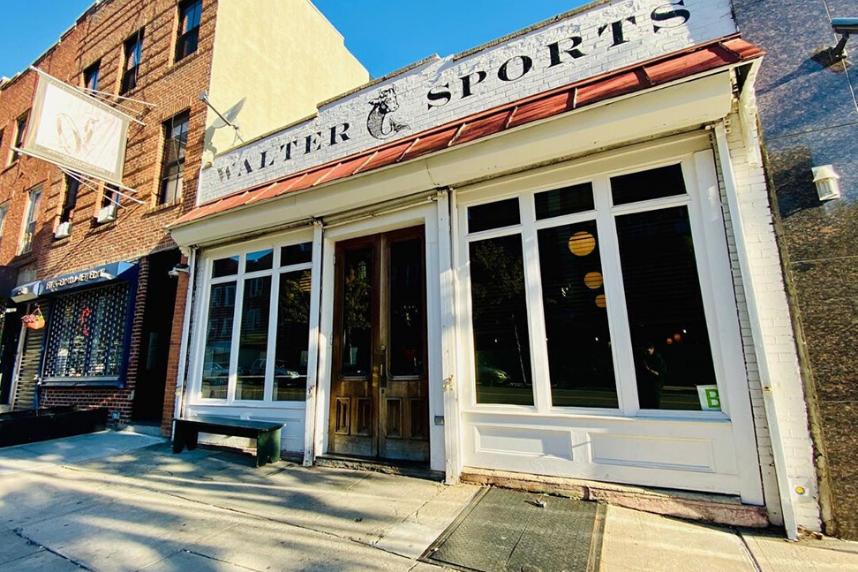 When Walter Foods in Williamsburg closed this summer, the owners promised a new venture in its stead. Walter Sports opened months later, as an elevated sports bar. Photo: Walter Sports

When Walter Foods in Williamsburg closed this past summer, it felt like another nail in the coffin of Williamsburg’s once vibrant but fading dining scene. The upscale but always inviting neighborhood staple had been a go-to spot for over a decade, serving raw bar specialties and refined comfort food along with carefully constructed classic cocktails since its opening in 2008. Walter Foods was an all-around go-to spot, where you could bring a date or your parents, or pop in for a solo snack and a drink if you could snag one of the coveted bar stools.

On the last weekend of July, Walter Foods hosted its final dinner service, having announced its closing earlier in the month with a sign posted near the entrance. The news was disappointing, but not a shock: The once-bustling crowd had noticeably thinned in the months leading to the closure; on a Friday night in early summer, I could count the number of patrons on two hands.

The real shock came a few weeks later, when we found Walter’s doors open and a bartender serving drinks during an early evening walk down Grand Street in August. Was I dreaming?

A friendly but unfamiliar face behind the bar assured me that Walter Sports was not a hallucination but rather a bizarro reanimation of the beloved restaurant. He explained that the owners—Danny Minch and Dylan Dodd—had found it increasingly difficult to fill a house with patrons willing to pay upmarket prices: While Walter Foods’ price points were never unreasonable, dinner for two with wine or cocktails could run $100. Since they still had the lease, why not make a few adjustments and open the doors again? Indeed, Minch told Grub Street in July that a new project was expected in the fall, but we’ve heard those stories before. He actually meant it. 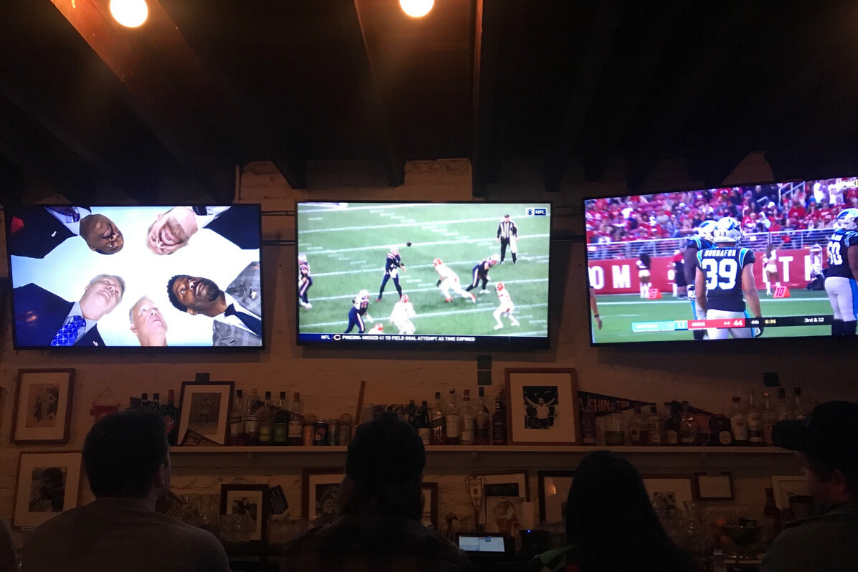 The bar selects games based on the majority/ bartender’s choice, and turns on all the major games, like the World Series. Photo: Ellen Killoran

Since Foods became Sports, the space looks almost the same, save the five giant televisions hovering in the bar and dining room. And one former row of booths closest to the bar is now a row of cocktail tables, the better for watching a game, or four (simultaneously). Things at Walter Sports are fast and loose for the time being. There’s no official football schedule: I was told that it’s a majority and/or bartender’s rule. You can count on the Big Games being shown; on a recent Sunday, the Patriots and the World Series got screen space before a full house, if not consistent sound. If you’re with a group that wants to watch a favorite team that isn’t among the all-stars, odds are you can get that game on at least one of the TVs.

If Walter Foods’ failing may have been an inconsisent and perhaps slightly stingy happy hour, it’s now one of the biggest draws at Walter Sports. From 5-7 p.m., Monday through Friday, all draft beers, a Diablo and an Old Fashioned are $5; as is a generous plate of nachos, with or without meat.

The regular menu is a scaled-down version of the menu at Walter Foods, with additions like the nachos (normally $12), a Grilled Chicken Saigon sandwich ($15) and a Fried Fish sandwich ($16). The only menu item over $20 is a skirt steak served with greens and french fries ($26). A wine list is non-existent, but there are always a few options available by the glass, including a ‘starter’ orange wine on a recent visit.

Even though the space and the menu look familiar, do not expect the same crowd—or the same staff. Beers and bros abound almost any day of the week, though many of the former menu favorites are still available, including the French Dip ($18) and oyster specials all night on Mondays. Weekend brunch begins at 9am on Saturdays and Sundays, featuring straightforward, affordable breakfast staples like a DIY omelet ($13) and eggs & bacon with home fries & toast ($12). 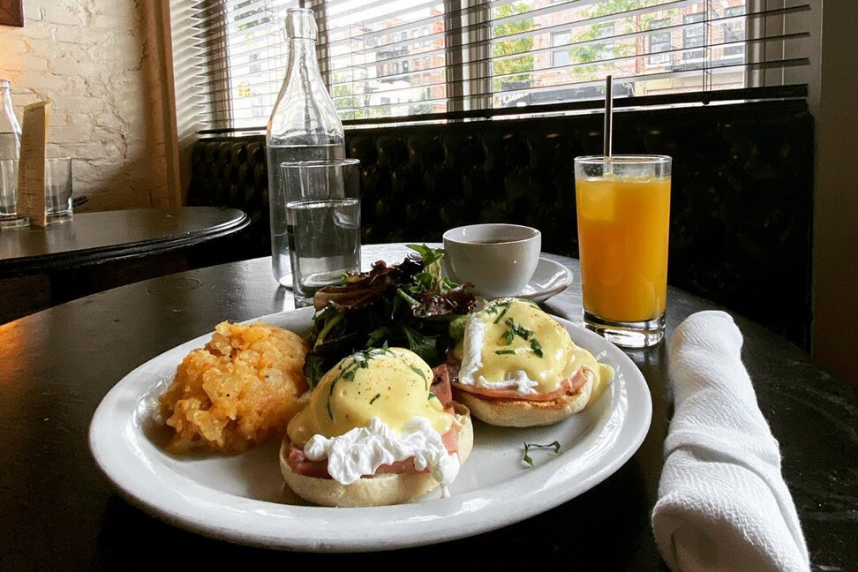 The menu is a dialed down version of Walter Foods’ upscale options. Brunch includes all the basics and happy hour offers specials like a $5 plate of nachos. Photo: Walter Sports

A pall of mystery surrounds the unannounced new digs: While the updated menu is now online, only limited information about current operations can be found on the restaurant’s Instagram account. Repeated requests for an interview with the ownership went unreturned; perhaps because they are busy with the recently opened Appolonia in East Williamsburg. [Editor’s Note: As far as we know, the second Walter Foods in Fort Greene, along with its speakeasy, will remain.] Or maybe it’s because Walter Sports is an experiment with an uncertain future. Even if the new incarnation is a bit disorienting, I’m happy for Walter to have any kind of second life, for however long.