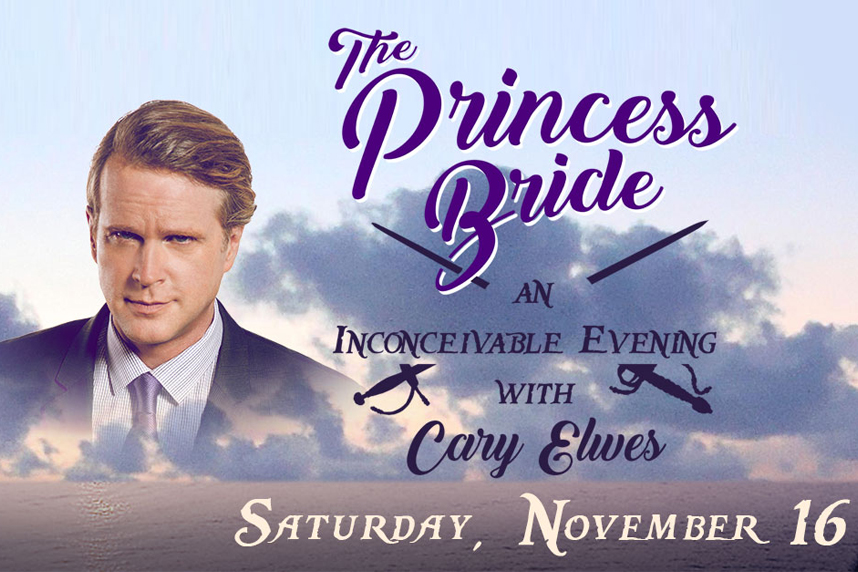 You’ve lost track of how many times you’ve seen The Princess Bride, but you’ll never forget the November 16 screening at Kings Theatre. Cary Elwes (Westley) will be there for a behind-the-scenes look at life on and off the set of the classic film and his recent adventures on “Stranger Things.”

Following a screening of the iconic film, Elwes will dish on memorable scenes and reveal secrets and stories of inconceivable antics with none other than MTV’s Kurt Loder! Journey back to the lands of Florin and Guilder in an epic tale filled with fencing, fighting, torture, revenge, a battle of wits, giants, Cliffs of Insanity, monsters, chases, escapes, miracles and of course, true love and an unforgettable mawage ceremony.

General admission starts at $29.50 and you can also purchase VIP tickets for the best seats, a selfie with Cary Elwes, and a signed copy of his New York Times best-selling memoir, As You Wish: Inconceivable Tales from the Making of The Princess Bride.

Don’t be a Humperdinck: See The Princess Bride: An Inconceivable Evening with Cary Elwes for a night you will always tweasure.