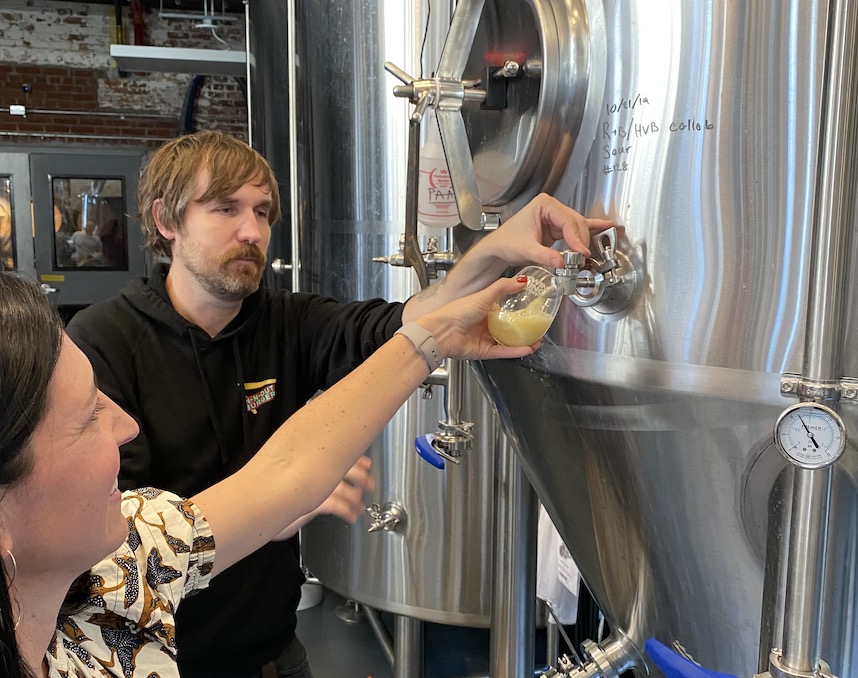 Evil Twin founder Jeppe Jarnit-Bjergsø spent three years bringing his brewery to life in Ridgewood, Queens. The expert brewmaster is also the author of “Where to Drink Beer,” a guide to over 1600 beer establishments around the world. Photo: Jennifer Indig

Jeppe Jarnit-Bjergsø, the beer maker behind the recently opened Evil Twin brewery in Ridgewood, Queens is a self-proclaimed introvert. But once this former elementary teacher starts talking about his favorite subject, it’s hard for him to stop. If you’re lucky enough to be treated to a guided tour of the brewery by Jarnit-Bjergsø himself, as we were on a recent Saturday afternoon, be prepared to be schooled in all things beer.

Jarnit-Bjergsø hails from Denmark where he built a name for himself as a gypsy brewer, producing Evil Twin back in 2010. Jarnit-Bjergsø and his family moved to the United States in 2012 where he continued to brew his beer nomadically. Having successfully opened Tørst Bar in Greenpoint, Brooklyn in 2013 with David Burns, the former head of Momofuko’s test kitchen, he had no desire to expand his beer making to his own brewery. However in 2016, he was approached by a fellow Denmark native and famous fashion photographer about taking over his studio next door in Ridgewood, Queens. Jarnit-Bjergsø took one look at the lofty space with soaring ceilings, spitting distance from the L train with access to a large outdoor garden in an up and coming neighborhood, and couldn’t help but dream what an Evil Twin Brewery might look like. 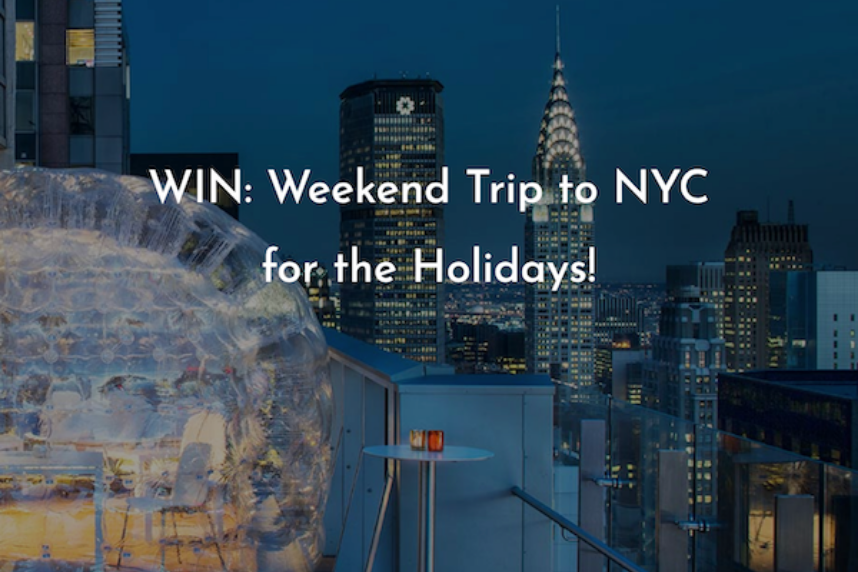 Giveaway: Win a holiday weekend and shopping spree in NYC

Fast forward to the fall of 2019; after surviving three years of New York City construction and permitting headaches, Jarnit-Bjergsø turned his dream for Evil Twin into a reality. The resulting brewery, taproom room and outdoor garden are well worth the trek. The taproom is housed in a stunning glass greenhouse where lines on a Saturday afternoon spill out into the adjoining beer garden. My advice, grab a spot at a picnic table and plan to spend at least a couple hours to taste everything Evil Twin has to offer. 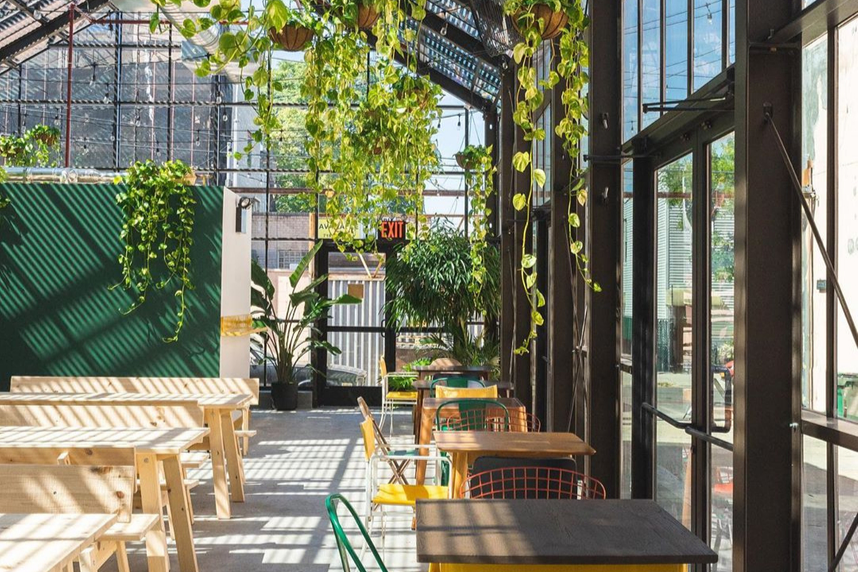 Inside the taproom, dozens of draft beers are listed on flashing red digital signs above the long, L-shaped bar. The signs may seem out of place in the warm, Scandinavian designed space until you realize it’s the only mechanism to display the very lengthy yet cleverly named beers which often read more like odes to New York City. The names are the truest sign that Jarnit-Bjergsø has fully embraced everything we love to love and hate about being a New Yorker. My current favorites include:

WHAT’S THE HOTTEST RESTAURANT IN NEW YORK RIGHT NOW? I DON’T REALLY HAVE A STRONG OPINION ABOUT THAT (Double IPA)

YOUR APARTMENT IS SO SMALL, YOU’D PROBABLY FIND SOMETHING LARGER FOR LESS LIVING OUTSIDE THE CITY (DDH IPA) 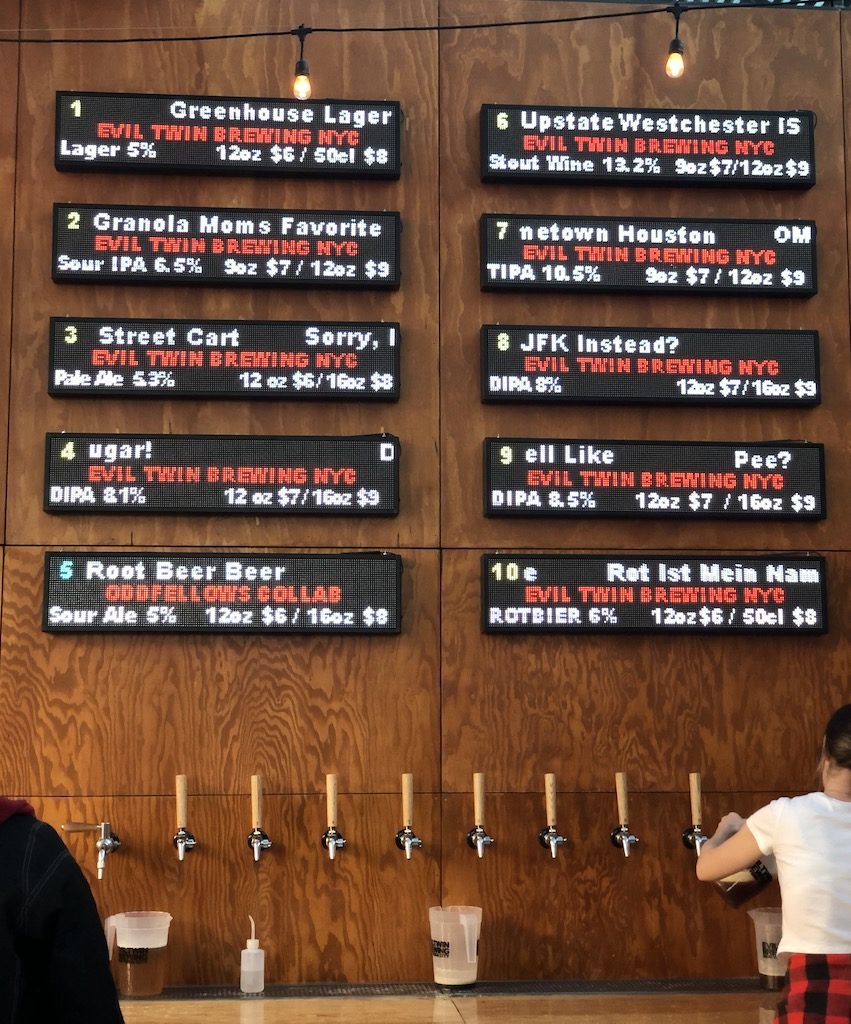 The beers are simply delicious and almost meals in themselves.  I tend to favor IPAs and Evil Twin offers plenty, the one that stood out from the bunch were: OMG HOW FUNNY IS THIS. MANHATTAN HAS A STREET NAMED AFTER OUR HOMETOWN IN HOUSTON – a Triple IPA that clocks in at 10.5%. If it were up to Jarnit-Bjergsø, he would spend the day drinking more traditional styles like lagers and pilsners so you’ll find those on the menu too. The ROT IST MEIN NAME – a Red Lager 5.0% was also excellent.  There really is something for everyone on the menu, even for those non-beer drinkers, who should try the COLA SOUR or the ROOT BEER BEER; they really do taste like soda.

Evil Twin has always been known for making beer with ingredients that no one has dared to use before. Jarnit-Bjergsø, a beer expert and author of Where to Drink Beer, a Phaidon guide to beer establishments around the world, says that back when he started in 2010, there were 1,500 breweries in the United States. Today there are over 10,000, which means brewers are constantly being forced to reinvent themselves. Jarnit-Bjergsø was tired of everything tasting the same and started experimenting with things like vegetables (think avocado and carrot) or (marshmallow and orange), which we had the pleasure of tasting on our tour.  Jarnit-Bjergsø believes that the quality of beer is higher today than it’s ever been and that just about everyone is making good beer, especially in New York City. What sets Jarnit-Bjergsø and Evil Twin apart is that he doesn’t take himself too seriously and truly believes beer should be fun. 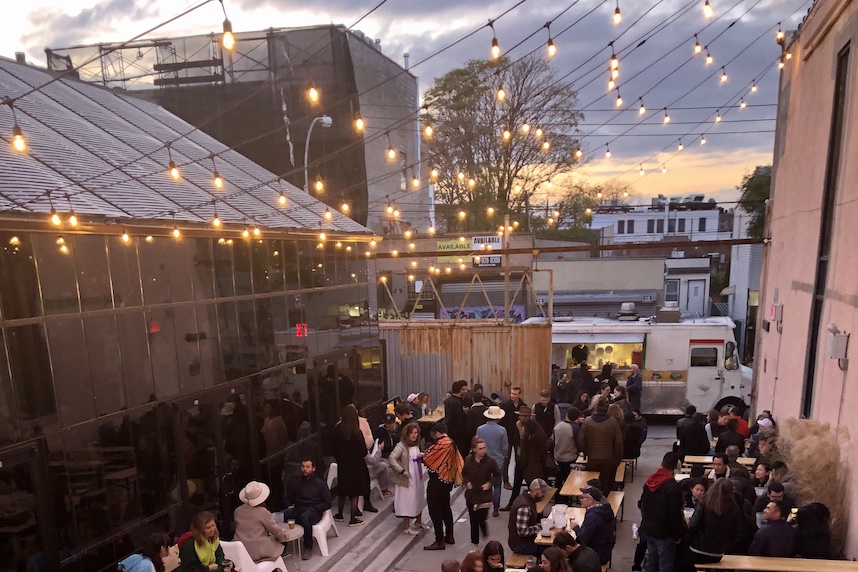 Evil Twin Brewery does not currently offer food but a taco truck is conveniently parked outside serving up piles of nachos, the perfect pairing to soak up the beer. Photo: Jennifer Indig

Back in Denmark, Jarnit-Bjergsø was known for his collaborations with famous chefs and restaurants like Copenhagen’s Noma, ranked best restaurant in the world for several years in a row. It’s not surprising then that Jarnit-Bjergsø has already built collaborations with some of New York City’s hottest restaurants including Atoboy, the Korean style restaurant in NoMad now serving up Evil Twin’s Everything is Meant to be Shared, a sour brew with lemon, green plum, perilla and milk sugar. 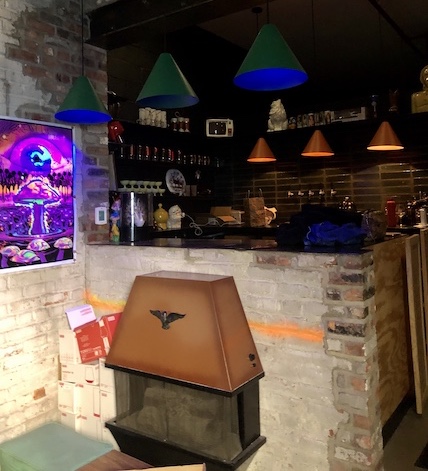 Evil Twin has certainly built a cult following both domestically and internationally amongst craft beer lovers. For now, thankfully the Evil Twin Brewery still feels like an escape from the city. It’s far enough off the beaten track that lines aren’t around the corner (at least yet) and the big open garden makes it family-friendly enough to park strollers and let kids roam around. This was clearly the appeal to Jarnit-Bjergsø when he decided to put down roots in Queens, let’s just hope it stays that way. It seems Jarnit-Bjergsø’s mind is always at work about how he can continue to expand and grow his brand. During our tour of the brewery, we got a sneak peek of a cocktail lounge he envisions as a speakeasy being built in the basement and set to open to the public soon.

Jarnit-Bjergsø and his family recently decamped to upper Westchester for more space and good schools (as many New Yorkers can relate). In defense of his move to the country, Jarnit-Bjergsø’s reminded us that others in the New York City food and beverage scene have followed suit. When asked if there was a possible collaboration down the road with Dan Barber of Blue Hill Stone Barns located in nearby Pocantico Hills, he smiled. Perhaps the idea might already be brewing.