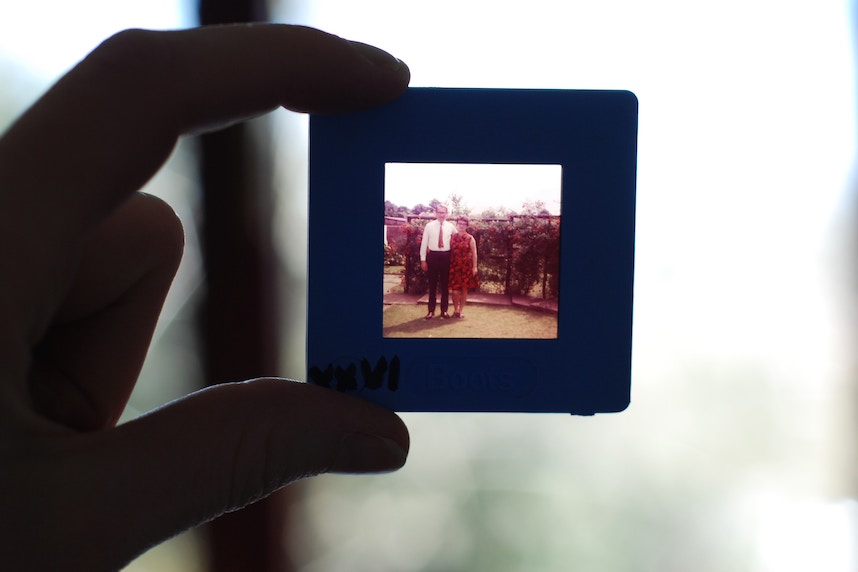 Photo by Gemma Evans on Unsplash

“All great drama begins with the family.” A theater teacher once said this to Sam Dingman, host and executive producer of the podcast, Family Ghosts. From Shakespeare to Succession, the family dynamic has always been ripe for storytellers, and now there are dozens of podcasts that explore this treasure trove of material, ranging from therapy to pure comedy. So whether you’re driving eight hours to visit your relatives for Thanksgiving or spending a tiresome week in your childhood home over Christmas, we’ve created a podcast playlist to keep you company with some family drama that isn’t your own. “[Listening to these episodes] can help build a little bit more empathy for the roots that everybody has sprouted from,” says Dingman.

Plus, they might help put your own family toxicity levels in perspective…at least until the turkey is carved and the conversation shifts to politics.

This show starts from the premise that we all have skeletons in our closets. Sam Dingman, the host, and Executive Producer, describes the show as the stories you hear when you’re sitting around the holiday table after a few glasses of wine and a family member says, “you know, after your grandfather divorced, he married this woman who was a member of an international jewel smuggling ring…” and you’re like, “WAIT, WHAT?” These stories of discovery happen in every family—hence the podcast’s tagline: “Every House is Haunted.” But Family Ghosts goes farther than just uncovering the secrets. It also explores how the thing that’s buried is the key to understanding the self. Scandal, trauma, and disappearances (and an appearance by Malcolm Gladwell!) occur throughout the two seasons that include stories of an aunt who stole a corpse, a man who builds the perfect family in a cult and an uncle who had a secret life. Start with “The Chinese Food Incident,” where a plate of leftovers goes missing, revealing a hilarious family dynamic and a mystery to be solved. Season 3 starts on December 4th—perfect for your winter vacation plans.

The Family Ghosts Season 3 launch party is on Tuesday, December 3rd, including storytellers, live music, and a multi-media sneak peek from the new season which investigates the remains of the last slave ship found in Mobile, Alabama. Caveat, 21 A Clinton St., Lower East Side, 6:30-8:15pm, tickets $12.

This podcast, hosted by Anna Sale for NPR, covers a broad scope of subjects including all those that aren’t welcome in polite society, but there is a number of stories that do have to do with families. You could listen to “When We Sent Our Son Away” about a mother who makes the heartbreaking decision to care for her adult autistic son or “I Was Your Father, Until I Wasn’t” about a dad who realized his daughter looked less and less like him as she grew up. But an interesting one for your long car ride to go see family is “A Son, A Mother and Two Gun Crimes” which touches on the juvenile detention in our country, as well as a personal story of a teen who carjacked and was sentenced to a decade behind bars, and how that affected his life and family relationship.

Although Motherhood Sessions is based on issues with motherhood, the Gimlet Media show branches off to all topics surrounding family dynamics as parents. It sounds like it would be about doulas and sleep training, but it is so much more than that. Dr. Alexandra Sacks, a reproductive psychiatrist, dives deep into family dynamics, letting the listeners eavesdrop on therapy sessions like “CoParenting with Your Ex” or “Loneliness in Single Motherhood.” These honest conversations take into account how having a baby is a profound change in most people’s lives, bringing up all sorts of issues. Specifically for the holiday season, I recommend “Setting Boundaries With Toxic Grandparents,” which is always a good reminder during these trying weeks.

This American Life: “Seasons Greetings To Our Friends and Family!”

No holiday is complete without a dose of toxic family hilarity from author David Sedaris, whose essay about working retail during the holiday season (which he reads during this podcast) was the basis for the best holiday movie ever, “Elf.” Lucky for us, This American Life has a few episodes featuring Sedaris to choose from. “Papa Was A Rolling Stone” delves into how Sedaris was forced to take music lessons on account of his father’s unlived dream of being a jazz musician. “The Family That Reads Together” is about what happens when Sedaris and his sisters discover a dirty book. But for the holidays, why not listen to stories from his collection Holidays on Ice, “A Very Special Sedaris Christmas,” featuring SNL cast member and author/actress Julia Sweeney’s reading of “Seasons Greetings To Our Friends and Family!”, a fictional Christmas letter from the Dunbars. Laughter is the best medicine for the holidays.

Sibling Revelry: “Getting To Know You”

If you have a close relationship with your brothers and sisters, you will probably find Sibling Revelry, a podcast by celebrity siblings Kate and Oliver Hudson charming. In each episode, they interview other celebrities and their siblings about the hijinx and struggles from their childhood. The first episode explores their own relationship (plot points include that their parents hired a chef for Oliver in college). In the second episode, they talk to Chelsea and Shoshanna Handler about the trigger of empty toilet paper rolls, and in the third, they talk to Bobby and Steve Lee about rehab. To me, this is a seriously LA show. If podcasts were hats, this would be a fedora. If you’re interested in Hollywood kids (who isn’t!), it’s hard to stop listening to these episodes.