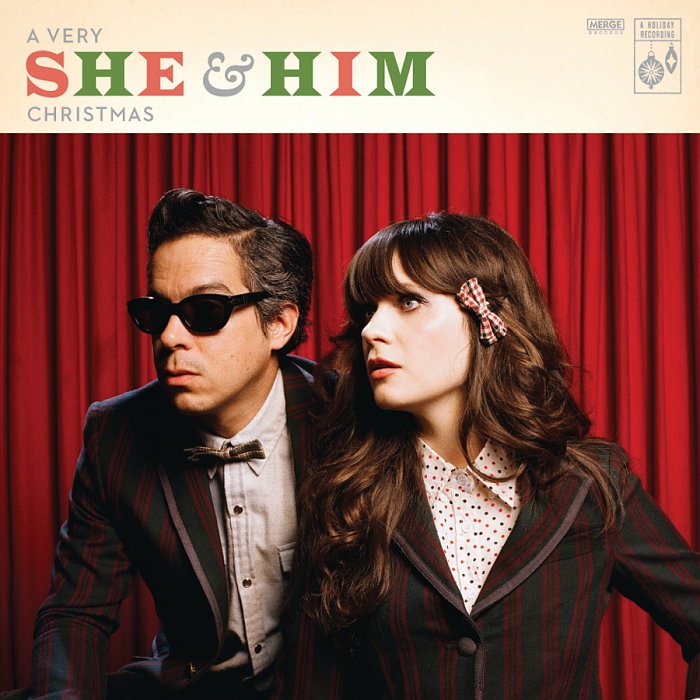 On first impression, indie rock and Christmas music seem like an unlikely combination, like oil and water. But for She & Him—the duo of singer/actress Zooey Deschanel and guitarist/producer M. Ward—those two genres have become a considerable part of their repertoire. In addition to their own original music, She & Him have released two successful holiday albums in their 11 years together—A Very She & Him Christmas (2011) and Christmas Party (2016), both of them featuring standards (“Winter Wonderland,” “Let It Snow,” “The Christmas Song”) and under-the-radar traditional tunes (Brian Wilson’s “Christmas Day,” “A Marshmallow World”): the sound of both albums features interpretations of holiday tunes rendered in the distinct She & Him sound of lo-fi, twangy folk rock augmented by Deschanel’s jazzy/country-esque vocals. On Friday, the two will bring their ‘Christmas Party’ to Brooklyn’s Kings Theatre; given the members’ busy individual careers and schedules, it’s not often She & Him together, which makes it a perfect occasion to attend and get an early start on the holiday music season.

There are more live holiday musical events worth checking out this month; here are a few to start with:

Carnegie Hall
All I Want for Christmas is Three Tenors!