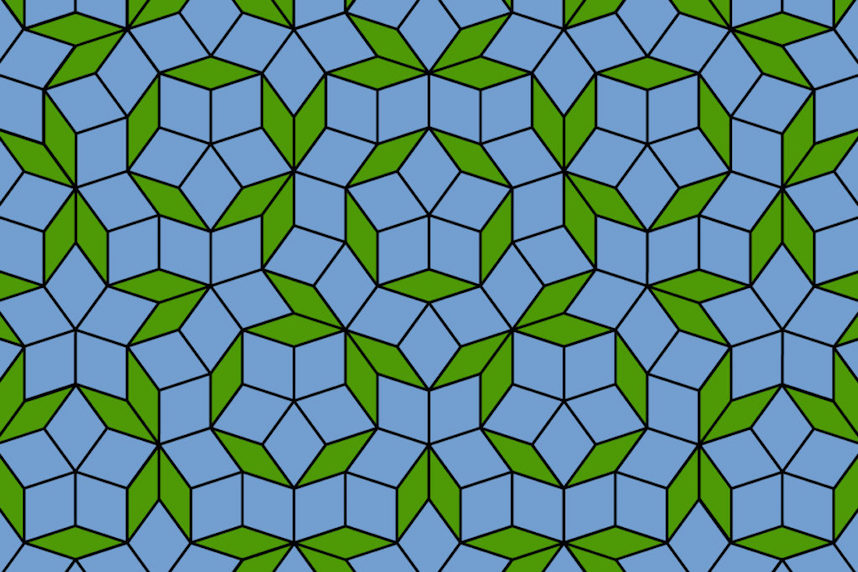 It’s not every Friday that you can leave work, endure the usual evening subway rush, and find yourself in an intimate discussion with a person who is widely considered one of the most important mathematical physicists of our time. However, that is a very real option this Friday, when Pioneer Works is hosting Sir Roger Penrose, who was knighted by the Queen for his revolutionary contributions to our understanding of black holes, quantum mechanics, geometry, the origin of the universe, and consciousness in humans and animals, among other topics. Admittedly, these are areas in which I am woefully ignorant, and even the light research I’ve done on the Penrose tiles (pictured above) leaves me feeling like a grade A moron (apparently, the tiling is a set of shapes he discovered that can cover a plane without using a repeating pattern, and it was considered impossible in reality until it was discovered in nature). Penrose will be appearing in conversation with physics and astronomy professor, Guggenheim Fellow, and NOVA presenter Janna Levin, which will be followed by a book signing, from 7-10pm. The event is free to attend, although you should rsvp, which means you can splurge on dinner afterwards—at that hour, you might even be able to snag a seat at the bar at Red Hook Tavern.