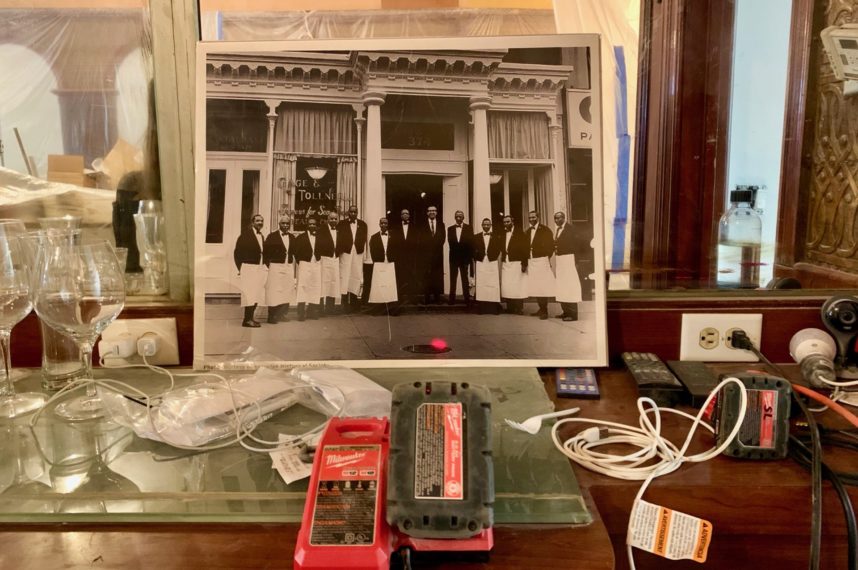 The legendary Gage & Tollner gets a new breath of life. Photo: Kara Zuaro

On a lovely old hardwood countertop, backed by a giant mirror and flanked by lavish brass wall panels, a black and white photo of the Gage & Tollner staff of yesteryear sits amid wine glasses, power tools and phone chargers. The historic restaurant opened as an oyster and chop house on Fulton Street in 1879, became Brooklyn’s first destination restaurant in the early 1900s, and closed in 2004. Its walls held 125 years of laughter and celebration, and today, through the tarps and between the ladders, you can almost feel the beating heart of the space as it comes back to life.

Gage & Tollner is being revived by a power trio partnership including chef Sohui Kim of The Good Fork and Insa, her husband, designer and builder Ben Schneider, and beverage director St. John Frizell of Fort Defiance. The menu will focus on American fare, serving steaks and oysters in the spirit of its roots, but we were promised that Chef Kim will put her signature on the menu and, of course, there will be some kimchi coming out of the kitchen. The space has been slated for completion sometime during January 2020, and it will also include private dining and a tiki bar upstairs. We took a peek at the work-in-progress last week. 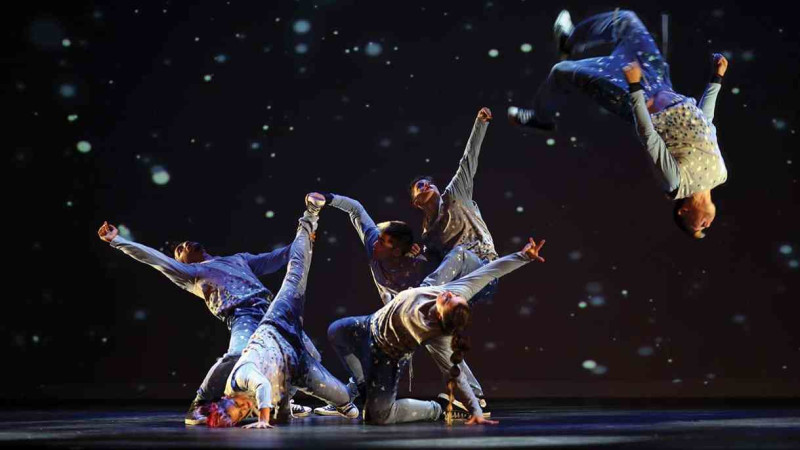 Get into the NYC holiday spirit at ‘The Hip Hop Nutcracker’ Dec. 15 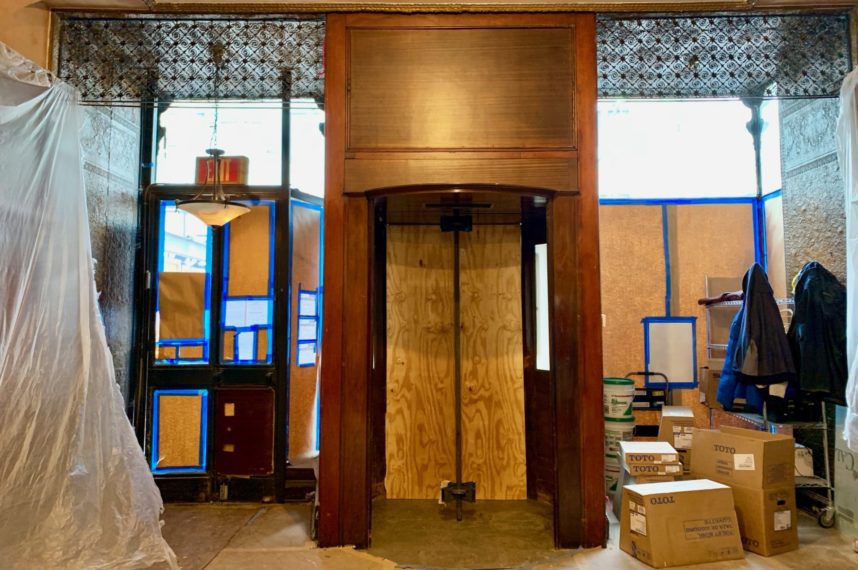 In 1975, Gage & Tollner became NYC’s third landmarked interior, after the New York Public Library and Grant’s Tomb. Right now, they’re restoring the original revolving door from 1919, a time when revolving doors will still somewhat new technology. For history buffs, the Gage & Tollner website and Instagram feed offer a feast of historical facts about the restaurant, and the owners are so passionate about the legends of the space that they’re having a panel discussion about it at the Brooklyn Historical Society on Monday, December 9, 2019. 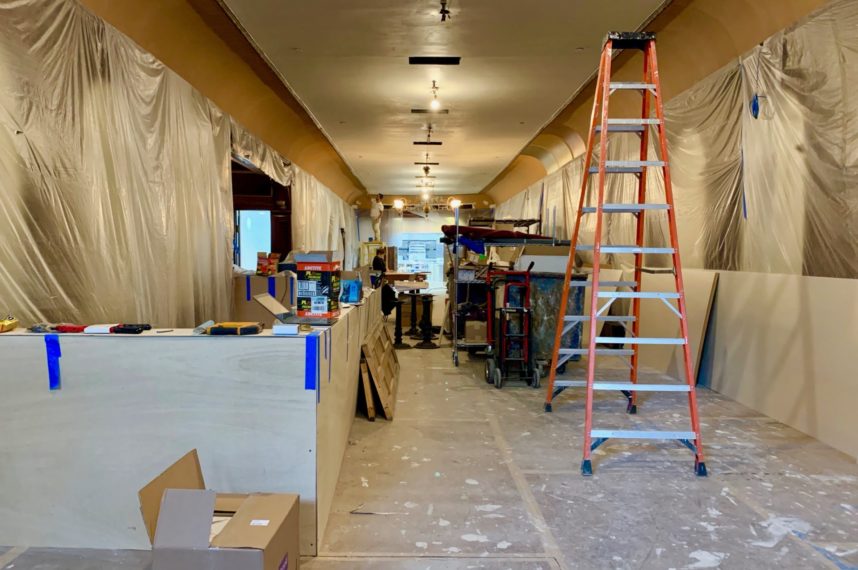 Slated to open in 6 weeks or so, Gage & Tollner is getting ready to return to its original splendor. Photo: Kara Zuaro

Even with tarps everywhere and chandeliers temporarily removed, you can still get a sense of the vast dining room the main space will become. At present, you can see into the kitchen, but that opening will be replaced by a large mirror, meant to make the dining room feel infinite. 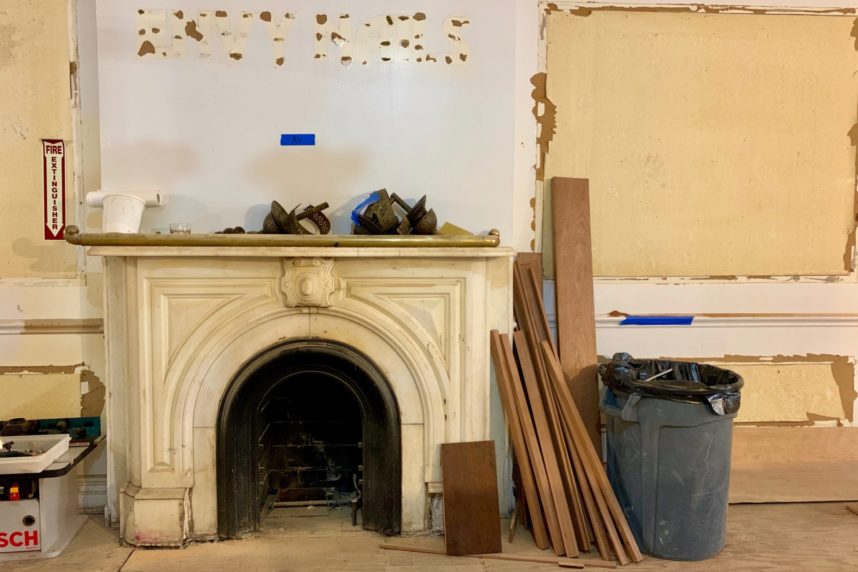 After closing in 2004, Gage & Tollner became home to a T.G.I.Friday’s, and later a costume jewelry shop. The upstairs dining room, pictured here, belonged to a nail salon. Photo: Kara Zuaro

Upstairs, there will be two large private dining rooms, with the option to join them together to make a single large event space. But at the moment, the upper level is being used to polish up the old chandeliers. And for now, in the peeled signage over the mantle, you can still see some remnants of an old inhabitant, Envy Nails.

The upstairs space will also be home to The Sunken Harbor Club, a tiki bar that started as a highly lauded pop-up at Fort Defiance. We can’t show you pictures yet, but we can say that this room is a major departure from the buttoned-up historical vibe of the rest of the place. All we could see were the purposefully off-kilter ceiling beams, and it already has the feel of being on a sunken ship. 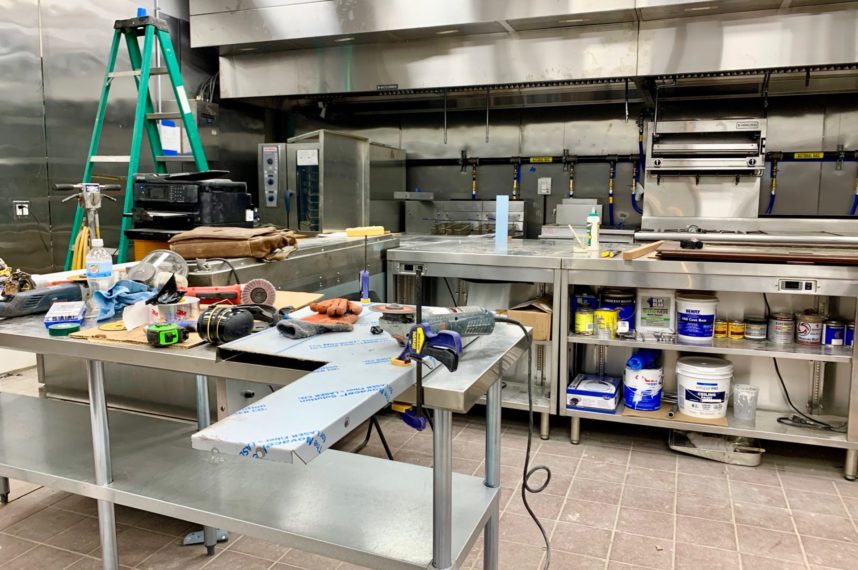 Soon, the Gage & Tollner kitchen will be helmed by Chef Sohui Kim of the Good Fork and Insa. Photo: Kara Zuaro

When you tour a restaurant-in-progress, there’s always the hope that you’ll be offered a sample from something they’re testing in the kitchen. Gage & Tollner’s kitchen looks like it’ll be glorious, but they’re not cooking yet. 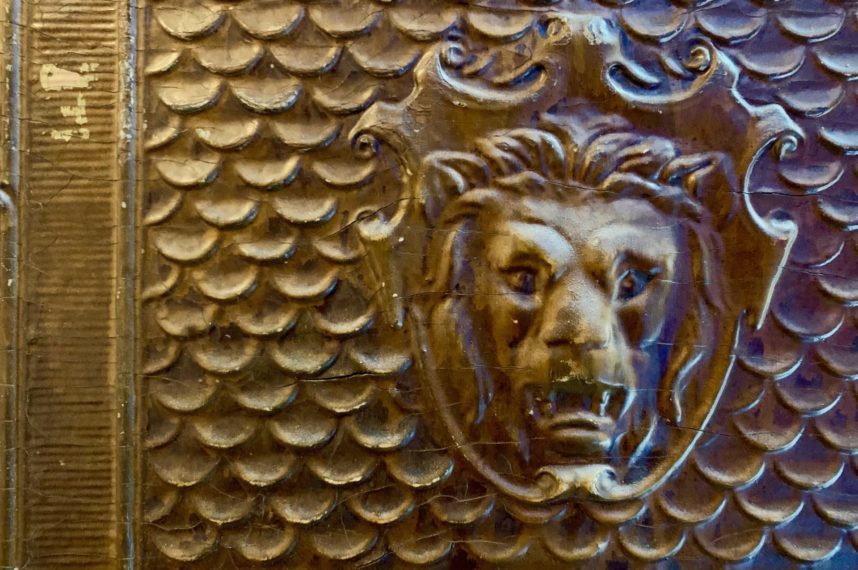 A small detail in the ornate brass panels that line the landmarked walls of Gage & Tollner. Photo: Kara Zuaro

We peeked behind the tarps to see some of the brass panels that line the walls of the main dining room. Soon, the giant room will be filled with little details like this one, and we can’t wait to see more.

Gage & Tollner is located at 372 Fulton Street and is expected to open in the winter of 2020.