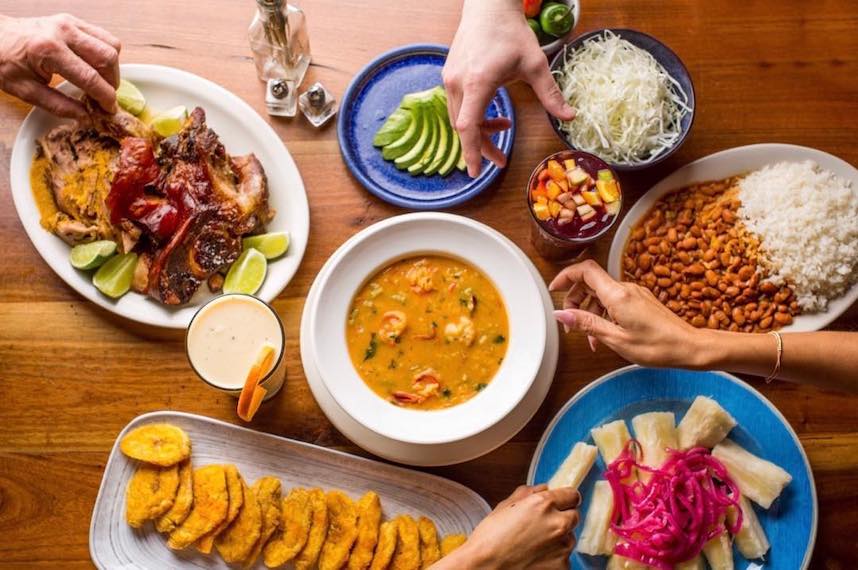 Winters in New York feel like they last forever, except for maybe this year where there has been almost no snow and many days above 40 degrees Fahrenheit. There have been enough grey days, however, that have warranted wearing two pairs of pants and two pairs of socks to make it to the two and a half block walk from my apartment to the subway.

Those days, and particularly now as we all brace ourselves for more pandemic news, I crave nothing but a huge bowl of asopao or sancocho. “Sancocho season” or “asopao season” in my home would usually begin in late October or early November, especially if it happened to be particularly rainy that time of year. It’s the food embodiment of a weighted blanket.

My parents would put a lot of the ingredients for the asopao in a pressure cooker so that we’d have the soup quickly. We loved a thick rice stew with extra carrots, celery, and some olives. To flavor it, we’d add cilantro, onions, a heaping tablespoon of sofrito (a green paste made out of garlic, onions, recao, cilantro and peppers that’s used to season many Puerto Rican and Dominican dishes) and some adobo. It’s an amazingly aromatic soup that’s almost tangy. I make it with meat and increasingly without.

Sancocho is just as satisfying but it’s a slightly different type of soup. It’s made with different meats like beef and ham as well as corn and roots like yucca, potatoes and batata. I don’t eat beef or pork anymore, so I make sancocho with either chicken or extra veggies like tayota, the green, squash-like veggie also known as chayote. I’ve also started experimenting with “chicken” broth cubes that are actually vegan but give the soup a hearty taste. The broth isn’t thickened with rice, but I usually mix rice into the broth and eat it with a side of avocado.

I grew up eating bowls of both soups visiting family friends along North Brooklyn, during cultural celebrations at local Catholic churches with large Latin American congregants, at house parties where the adults danced while a kid randomly slept on a bunch of coats on a nearby couch. It made winters bearable, and could work the same magic on you.

Here are a few places to support for their warm, homey, comforting bowls of sancocho and asopao: 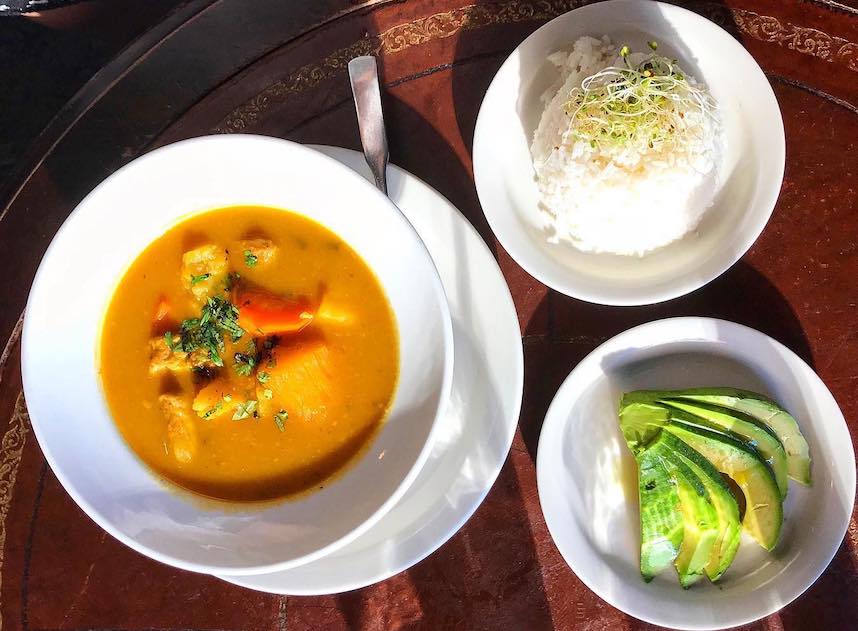 This stylish Dominican bistro whose name means “old port”, serves a chicken and pork rib variation of sancocho with a variety of roots. And like any good bowl of the hearty stew, it’s served with a mound of rice and some sliced avocado. And unlike the chicken, or veggie asopao that I grew up with, Puerto Viejo serves asopao de camarones, which is a rice and shrimp stew for anyone who is more of a seafood fan. Two appetizers that would go really well with each soup would be the yucca frita, or a serving of tostones (fried green plantains). Anyone who doesn’t eat meat or any sort of animal can try their sopa de vegetales. Mix in a few spoons of rice and it’s technically a veggie asopao. 564 Grand Avenue, Crown Heights, Brooklyn, NY 11238 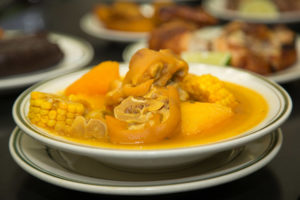 The sancocho at La Isla Cuchifrito.

Words cannot say how much I love this Puerto Rican restaurant and how much money I have thrown at them over the years. The corner location is easy to walk to from different points of public transportation and they serve sancocho. True to its name, La Isla sells different varieties of cuchifrito, fried foods that are often snacks or appetizers that go really well with sancocho like fried plantains. They’ll both be served warm and are the best way to get past the homestretch of March and into April. 1439 Myrtle Ave, Bushwick, Brooklyn, NY 11237 (also in Sunset Park and Williamsburg, too)

This royal Dominican eatery has not one, not two, but three different types of asopao. The menu has asopao de pollo (chicken), asopao de camarones (shrimp), and if you’re feeling especially fancy there’s also asopao de langosta (lobster). To pair it off, El Gran Castillo not only has fried plantains, but tostones al ajillo (plantains with garlic) which goes so well with any stew and gives it a hint of heat without being too overpowering. There’s also the option of going super carb-y by having a side order of yucca con cebollas (onions). In many Dominican restaurants, they’re usually doused in vinegar and very delicious. 355 Flatbush Ave, Park Slope, Brooklyn, NY 11238 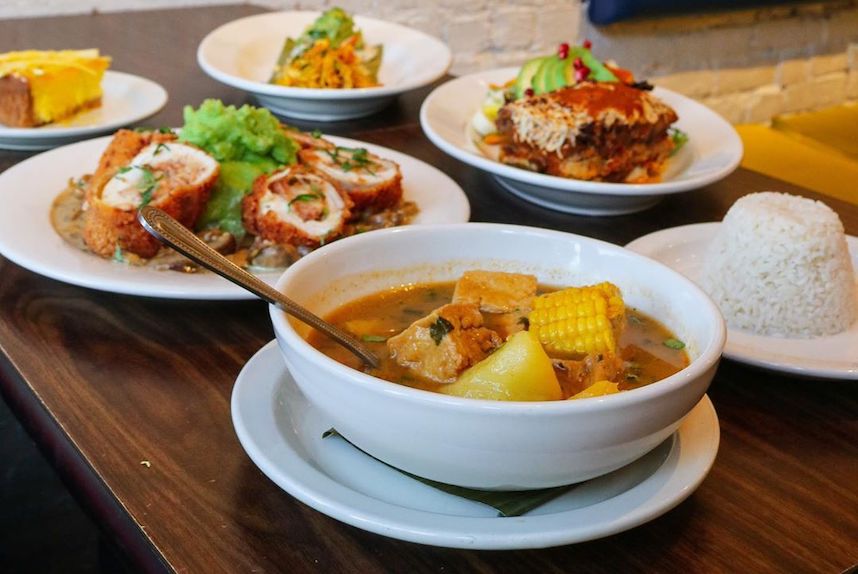 A Colombian sancocho at Bogota Latin Bistro in Park Slope.

Though I’m more acquainted with Caribbean sancocho, Latin America in general has great takes on sancocho and that they’re all worth a shot. Unlike some of the other sancocho on the list, this is a solely chicken-based stew. It’s full of corn, yucca, potato, and pieces of plantain. The dinner menu has interesting appetizers that could go well with it, like the quinoa cakes (because why not), grilled corn, or platanos con queso. 141 Fifth Avenue, Park Slope, Brooklyn, NY 11217