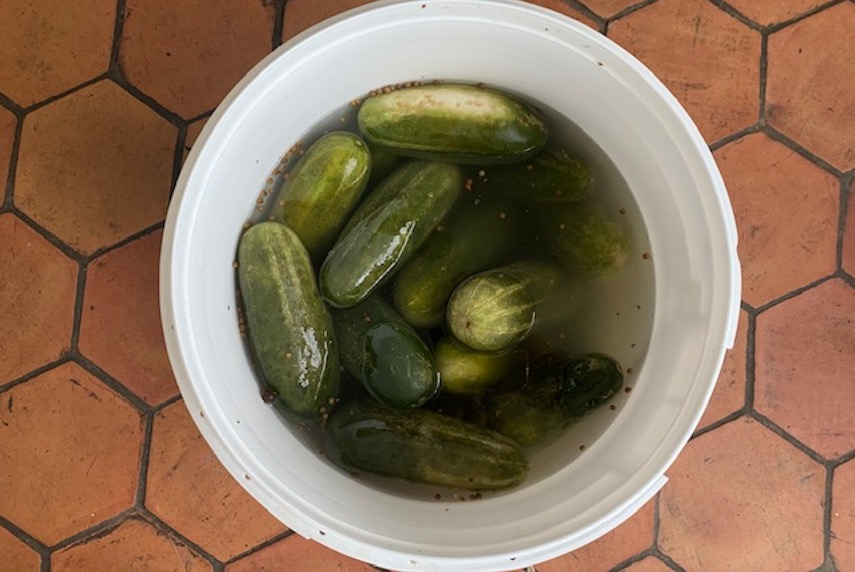 Apparently another week has passed, although it’s a struggle to differentiate the days that roll through, with no relationship to the way we usually experience time, and meld into a monotonous blur of food and drink and anxiety and videoconferences and a crazy-making inability to focus on anything for more than 3 minutes at a time. There’s been a lot of sad news to process, like the deaths of people like John Prine and the bartender at the restaurant down the street from my old apartment, as well as dread about the soaring unemployment numbers, worry about friends who are sick, and a general feeling that life is going to be radically different from now on, in ways that we probably haven’t even managed to think of yet. At the same time, though, the best parts of humanity are unfailingly out in full force. I’m admittedly a bit of an emotional pendulum right now, but I got verklempt when I read about the Prime Minister of New Zealand’s special address to children in which she assured them that the Easter Bunny and the Tooth Fairy are considered essential workers. The contrast to the malignant orange tumor that we’ve inexplicably been saddled with during our bleakest time is so stark that sense cannot be made of it, but I do know that if I have to hear about his Facebook rankings (???) again I might find a way to social distance myself right into a lean-to in the Canadian backwoods.

In the meantime, I took an online yoga class at my usual studio this week and also participated in a virtual sound bath. I wouldn’t say that I felt a hell of a lot calmer after either, but it did feel good to do something to take care of myself. It’s no time for vanity, but my 10 hours per day spent on Zoom have revealed that I’m an absolute sea hag due to the pandemic response’s unique cocktail of crushing stress; moderate alcohol abuse; no exercise, sleep, or sunlight; and an outgrown highlight situation that is days away from debacle status. My regular salon, Sara June in Park Slope, has an ingenious solution, which is a custom-blended Roots Rescue kit that you can apply to your own hair at home while lending support to a local business whose profits fell off a cliff last month—all you have to do is send a photo in advance and book a curbside pickup time. Another place I regularly frequented during pre-Covid days, Roots Cafe in South Slope, has transformed itself into a food pantry and soup kitchen (we included it in a story about restaurants supporting others), and I have to acknowledge the genius behind CoronaMetro, a site that allows WFHers with unlimited MetroCards going to waste to donate them to essential workers. Are you aware of other businesses or relief efforts in the area that have found innovative or especially compelling ways to adapt to this new normal? Please let us know as I’d love to highlight them here in the coming weeks.

As for how to stave off the odd combo of boredom and dread that comes in waves during this long stretch of no social life, I’m planning to watch the new season of Killing Eve in one sitting when it returns this weekend, but I’m even more excited for Run, a new Phoebe Waller-Bridge-produced romantic thriller starring Merritt Wever that premieres on HBO on April 15. I’m intrigued by Live from the Living Room, a virtual standup comedy show happening tonight and tomorrow night, and curious to see what form SNL’s remote comeback takes this weekend. I also got pretty deep into this Twitter thread Helen Rosner started to crowdsource people’s favorite recipes. Speaking of food, last week I found a rare delivery slot open with a restaurant supply company that is now delivering to residences. I thought I was careful to avoid super-bulk options, so was surprised to look out the window yesterday and see a dolly being rolled up my mother’s driveway with what can only be described as a barrel containing a preposterous amount of half-sour pickles. Will my version of writing King Lear entail a side gig building a relish empire? Probably not, since showering with regularity continues to be a struggle, but I will certainly be eating multiple pickles a day for the foreseeable future. Finally, I’ve had trouble getting through one single article from beginning to end, let alone a book since this whole thing started, but I managed to devour this New Yorker interview with Fran Lebowitz in one go. Read it if you haven’t yet—to me, it’s perfect.

Maybe it’s inspired by Fran, who is as tough and funny and deeply real as she’s always been, but today I’m overwhelmed with pride for my city. It’s definitely not the first time I’ve been awestruck by New Yorkers’ collective strength in the face of adversity or the remarkable care and generosity people here bestow upon strangers when shit really hits the fan. I’m sure it won’t be the last. This time, though, it feels critically important, like it might just be the thing that ushers us through to the other side of this nightmare. Please stay safe, everybody, and keep being the best.