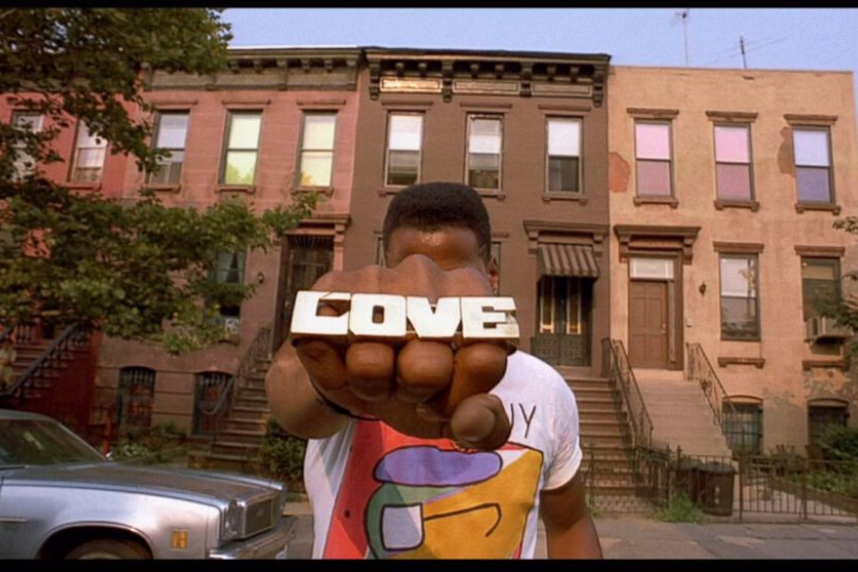 Remember New York City? The city that never sleeps. The Big Apple. Remember going to restaurants, seedy bars, and night clubs? Remember hanging out with your weird neighbors and making jokes about nothing? Remember going to concerts? Falling in love with strangers on the street? Going clothes shopping? Getting a haircut? Getting in a fistfight? It’s not clear when the city will reopen or what the new landscape will look like. Iconic restaurants like Lucky Strike have shuttered for good, favorite bookstores and clothing stores are struggling, local dry cleaners and nail salons may not make it through the next coming months. It’s hard to imagine, especially as we’re all isolating from each other and the city we love, but looking back through the camera lens on New York over the years can help.

NYC has reinvented itself before, from the seedy seventies to the glossy 00s. Take a walk down memory lane and see the sights of the city again from your living room—with each reincarnation, the heart of New York keeps beating.

Gritty 70’s New York is a vision of crime, poverty and social upheaval. It’s also a romanticized time period in cinema with crime dramas that don’t shy away from realism. From Serpico (1973) where an NYPD officer goes undercover to expose corruption, The Warriors (1979) where street gangs wear roller skates, The Taking of Pelham One, Two, Three (1974) where armed men hijack a subway, to French Connection (1971) where a couple of NYPD narcotics detectives pursue a heroin ring, you’ve got a lot of great choices. These are all worth watching, but for real visual grit, Taxi Driver (1976) holds up to the test of time as one of Scorcese’s best. Robert DeNiro is haunting as Travis Bickle, a taxi driver who goes insane while plotting an assassination against a presidential nominee. “Someday a real rain will come and wash all this scum off the streets. I go all over. I take people to the Bronx, Brooklyn, I take them to Harlem.” Follow Bickle through the dark streets of NYC, and you’ll feel better when you look out your own window.

Streaming on Netflix, Amazon Prime, and The Criterion Channel.

If you think you’re stressed out now, wait until you feel the pacing of this film. Even if you hate Adam Sandler, now is the time to open your mind and watch him act in the best role of his career, as a jeweler in the NY jewelry district—and gambling addict. It’s a perfect New York City film with unique characters, an unusual subculture and a gripping storyline that wouldn’t happen anywhere else but this city. The Safdie Brothers have been called masters of “anxiety-inducing cinema” so make sure you have the stamina for it before you start, but it will definitely take your mind off the pandemic.

New York City has always been a safe harbor for those that didn’t fit in elsewhere. The city has a history of providing support and community for the LGBT+ community, an essential part of the makeup of NYC. Dog Day Afternoon (1975) where a man, played by Al Pacino, helps his partner get money for her sex-reassignment surgery by robbing a bank, Paris is Burning (1990) a documentary about the drag house balls in NYC, and Party Monster (2003) about club kid culture and starring McCauley Caulkin are some of my favorites. But the Todd Haynes directed Carol, is a lush, beautiful portrait of a taboo lesbian attraction set in 1950’s New York. Cate Blanchett and Rooney Mara shine in an adaptation from Patricia Highsmith’s novel, The Price of Salt.

Netflix is killing it with some New York-centric content. Tigertail (2020), a poignant movie where a man reflects on his life from Taiwan to Queens, straining to connect with his adult daughter is simple but beautifully directed by Alan Yang (Masters of None.) For a glimpse into a part of Williamsburg that isn’t so open to outsiders, check out Unorthodox, where a woman flees her Hasidic arranged marriage for a life in the arts in Berlin. Beyond just a glimpse into a closed community, it is also a powerful miniseries about following a passion and the sacrifices to live an authentic life.

I live in Brooklyn Heights and at least once a year I get asked by passing tourists where the Moonstruck house is. For a movie that was made in the late eighties, it has lasting appeal. Nothing seems weirder in present-day than a love story between Cher and Nicholas Cage, but I promise that they have real chemistry in this Italian-American rom-com. There are so many great 80’s New York love stories: When Harry Met Sally (1989), Desperately Seeking Susan (1985), or Manhattan (1979), but Moonstruck is brash and loud and will help you “snap out of” whatever funk you’re feeling.

New York City is a great place to find budding independence, and directors have been filming coming-of-age stories here forever. Examples include the clubs of Last Days of Disco (1998), the skaters of Kids (1995), to the brownstones of Crooklyn (1994), to learning compassion and overcoming differences in Wonder (2017). But for idyllic Park Slope at its finest, great use of the word “philistine,” and quality acting, the perfect movie is The Squid and The Whale. Noah Baumbach’s semi-autobiographical film about his parent’s divorce has humor and heart, two things important in this day and age.

Streaming on Netflix and Amazon Prime.

Before the coronavirus, there have always been frightening things happening in the underbelly of the city, at least in the movies. An investment banker-slash- serial killer murders for pleasure in American Psycho (2000), the New York Public Library is full of ghosts in Ghostbusters (1984), a psychotic girlfriend gets revenge in Fatal Attraction (1987), and Zoltar the Fortune Teller in Coney Island grants an unusual wish in Big (1988). Yet, in terms of horror in NYC, nothing beats the glamorous Mia Farrow giving birth to a Satanic baby at the famed Dakota residence in Rosemary’s Baby. Although it’s hard to stomach Roman Polanski’s deeds as a person, it’s impossible for me not to include this gorgeous piece of cinema. Sometimes bad people make good art. [See also Woody Allen and any Miramax movie I may have inadvertently included.]

Streaming on Netflix and Amazon Prime.

The “melting pot” history of NYC provides a quilt of culture that blankets our city, but historically, it hasn’t been a utopia. Feuds between neighborhoods in the Five Point neighborhoods of 1846 come to life in Scorcese’s Gangs of New York (2002), while the problems of gentrification have been around since The Landlord (1970). The best film to tackle the topic takes place in Bed-Stuy in the classic Spike Lee achievement, Do The Right Thing (1989). Even if you’ve seen it. It’s worth a re-watch.

According to Hollywood, the streets of New York are filled with music. Some of the best musicals (Annie (1982), The Wiz (1978), Fame (1980), West Side Story (1961) and Muppets Take Manhattan (1984)) take place in the city that never sleeps, but apparently always sings. For some seriously great dance moves and a dazzling white polyester suit, take a peek into the dark side of disco in the backdrop of Bay Ridge in Saturday Night Fever. It’s a dark film that delights in a killer soundtrack by the Bee-Gees.

Streaming on Amazon Prime and Hulu.

There are so many great television series that present NYC as a “character,” and if you start bingeing now you can go through seasons upon seasons of Seinfeld, Sex and the City, Broad City, or Friends! One of my friends started The Sopranos from the beginning and is completely absorbed in this oldie but goodie. I can’t wait to talk to her about the ending. But if what you want right now is a heartwarming show with unique characters and some secondhand socializing, I recommend tuning into High Maintenance for a dose of what our reality looked like just a few short months ago.

It doesn’t take long to fall in love with New York City, and for some, the magic never wears off. But, if, during the darkest days of this pandemic, you need a visual reminder about just how great the city can be, Wes Anderson’s highly stylized depiction of an NYC life is aspirational, romantic, tragic and dazzling. It’s everything we could hope for in a messy family drama—and the greatest city on earth.