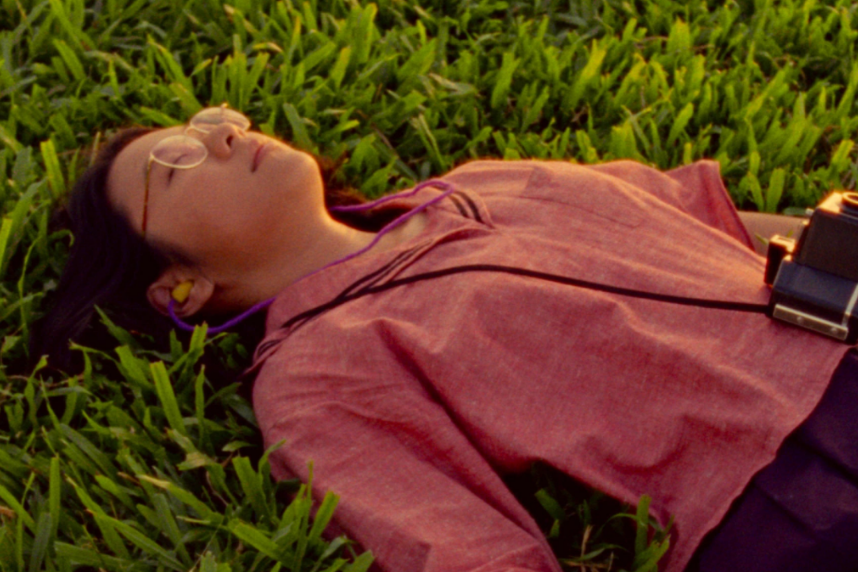 The quirky and beautiful documentary, ‘Shirkers,’ can help take your mind off the present. Photo: Netflix

It’s safe to say that most of us are FREAKING OUT right now. When my husband told me that he finished the book he read, I almost jumped out of the window. Who can read right now? When my son finishes another day of remote school, I’m astonished at the superhero status of his teachers who can actually teach with all of the disruptions. Who can do anything but “doomscroll” and stress eat?

Experts on anxiety always say that one thing that helps is to stay in the present. If meditation doesn’t work, try distracting yourself with other issues happening in the world. I found that watching documentaries helped alleviate some of my anxiety either through the catharsis of seeing justice served or through escapism into another ecosystem. Here are some documentaries to help you de-stress, depending how much Xanax you need right now.

Stress Meter: 5 (This may not calm you down, but will distract you.)

Guess what? It’s not your fault that you spend five or more hours a day scrolling social media. These innocuous apps were actually created to be addictive. This documentary speaks to Silicon Valley’s higher-ups on how social media is manipulative and wildly destructive. Wonder how a normal person becomes a Q-Anon Conspiracy Theorist? It’s all explained here and will make you want to throw away your phone.

Stress Meter: 4 (Cathartic, and gives a voice to the victim.)

Although gruesome, some people find watching true crime cathartic. This one is chilling. A pregnant wife and her two small daughters go missing in a shocking case involving the seemingly normal husband who fails his polygraph. This is literally the family next door, except for the fact that the husband is a cheating psychopath. The story is not a murder mystery (it’s always the husband), as much as it is the shocking psychology of a murderer. The personal and police footage thread together and it’s fascinating to watch the detectives work. (If your man starts obsessively hitting the gym, it’s a red flag that he’s having an affair.) The film ends with some horrifying stats: “In America, three women are killed by their current or ex-partner every day. Parents who murder their children or partner are most often men. This crime is virtually always premeditated.”

Stress Meter: 3.5 (This would be more stressful but the leaders have already gone to jail.)

If you were wondering who in the world someone would join a sex cult, The Vow explains it all. From the beginning, former members had weird vibes from NXIVM’s leader, Keith Raniere, like his habit of kissing on the mouth. But there were so many different sects of the organization, that it would be possible to be involved without knowing what was happening in the other branches—like DOS, a women’s only group where members got branded “slaves” signing up for a lifetime of obedience and they feared leaving because of compromising information they were forced to give. The good news is that the heads of the organization have been put away for life, so there is a happy ending. After the year we’ve had, we should all realize the truth is weirder than we could imagine.

This Is Paris: The Real Story of Paris Hilton (2020), YouTube Originals

Stress Meter: 3 (Although there is abuse, it’s cathartic to watch women speak up.)

What happens when a teenager goes to a series of emotional growth schools for “bad girls” where they are emotionally and physically abused, put in solitary confinement and forced medicated? A cycle of abuse (including a sex tape release when she was practically still a minor at 18) and the “mask” of the character that became Paris Hilton. If you only know this “celebutante” from her reality show or press photos, this film does reveal the human underneath and her challenging upbringing. Although it’s horrible what happened to her, it’s cathartic and healing to see abused women speak up.

Stress Meter: 3 (Depending on your view of roller coasters, this may be stressful.)

If you wish you grew up in a different decade, watch this documentary for the best and worst of the ‘80s. The freedom and risks of the era are on full display in this film about Action Park, a water amusement park in New Jersey that was so dangerous (yet, so popular) that people actually died going on the rides. The most dangerous theme park was run and attended by drunk teenagers and owned by a lunatic who didn’t bother with insurance or safety standards.

Stress Meter: 2 (There is conflict in the film.)

A punk filmmaker from Singapore delves into her past to try and find the footage of the feature film that she made with friends as a college student. The director stole all of the footage and disappeared never to be seen again. This riveting mystery reveals the effects of a thwarted art career, and how betrayal can leave behind lingering devastation. The quirky and beautiful documentary only re-emphasizes how important this feature film would have been.

Stress Meter: 1 (There are still sharks in the water.)

If things get too bad, we could all just move to the deepest depths of the ocean and become friends with an octopus. That’s pretty much the plot of this wondrous documentary about a filmmaker who combats professional burnout with a daily swim in the sea, where he meets a friendly and intelligent octopus. Unlike an animal documentary, like Grizzly Man, this one doesn’t involve a human trying to tame a wild animal. Instead, filmmaker Craig Foster learns lessons from the wild. It’s a calming movie that will have you turning to nature for answers.

A World of Calm, HBO Max

Stress Meter: 0 (This is your happy place.)

Nothing here will make you anxious. Watching this is the television equivalent of taking a Xanax. Slow-paced, and narrated by celebrities with soothing voices, you will forget that you are living during a pandemic in a tight election whose tally is agonizingly slow. Instead, you will feel wrapped in a soft blanket, cocooned in a cool room, and you will find yourself getting very sleepy…