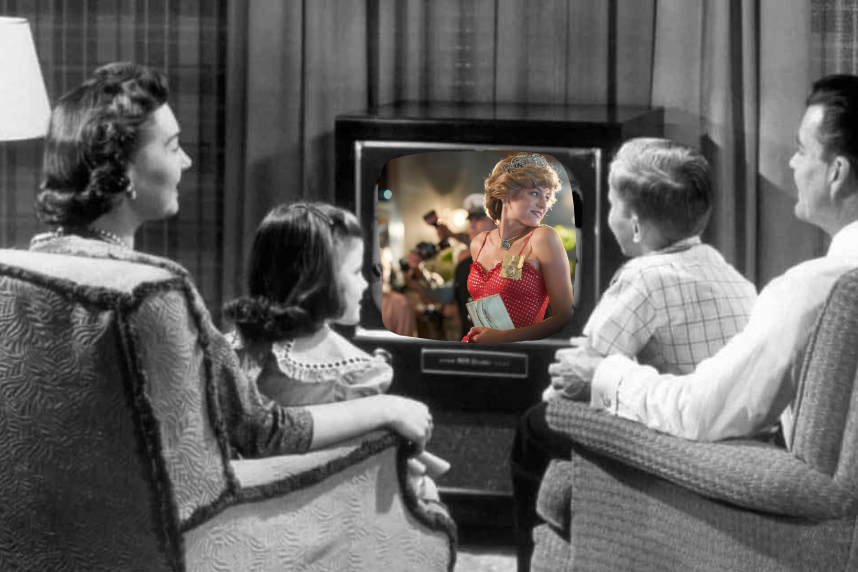 Even a pandemic cannot break the most precious Thanksgiving traditions. You may be foregoing the turkey and the big guest list this year, but I am betting that you are still cooking up or ordering in something special. And even though we have had months to binge more TV than we ever thought possible, it’s likely you’ve missed a few shows because you’ve been so consumed with general anxiety over the election/looming lockdown/lack of work, or the reality, if you are still employed, that working from home involves more hours in the day than commuting to an office did.

So no matter how you are or are not celebrating Thanksgiving this year, the four-day weekend is still a prime time to curl up on the couch, online shop (from local stores, of course) and catch up on must-see TV. Here are some of our favorite series to binge over the holiday.

While old fashioned lawyer show probably comes to mind when you hear Perry Mason, don’t let that stop you from checking out this artsy, noir, hard-boiled reboot. Set in 1932 Los Angeles at the back end of Prohibition and the front end of the Depression, the city is steeped in crooked police, shifty lawyers, and the threat of anti-immigration and urban growth. Played by Matthew Rhys, this Perry Mason is a quippy, drunken, dark private eye who works for lawyer E.B. Jonathan (the impeccable John Lithgow) with fiery but poised Della Street (Juliet Rylance). The eight-episode season tackles the complexities of a single case, while highlighting a new lens of the old Hollywood populated with Mexican and Chinese immigrants, religious performers, and closeted gay lawyers. The show elevates Officer Paul Drake (Chris Chalk) as he navigates the racist police department who challenge his detective skills, forbidden for Black officers like Drake. This origin story season is worth the watch if for nothing but the stunning sets and cinematography, complete with the hard-lighting every noir lover appreciates and sweeping sepia-drenched western landscapes.—S.W.

Do you need to watch seasons 1-3 of The Crown before beginning the most captivating one of all? As someone who saw only the pilot and then skipped ahead to see Diana, I am here to assure you that you most certainly do not. Sure you may miss the nuances and familiarity with the comings and goings at Buckingham Palace and Balmoral Castle during Queen Elizabeth II’s reign, but season 4 has all the jewels: the ruthless Margaret Thatcher, the beguiling Princess Diana, and a chance to see the royal family warts and all—including Princess Margaret played by Helena Bonham Carter, one of those brilliant actresses we never get to see enough of. I’m looking forward to watching it in full this weekend, and then maybe, maybe, going back to the beginning and watching it all.—N.D.

The Sex and the City comparisons to Emily in Paris are not entirely accurate, even though this is another Darren Star creation. Emily is far more annoying and vapid than Carrie, and her never-ending desire to please her boss Sylvie (Philippine Leroy-Beaulieu), the most complex character on the show, feels false. But in terms of pure enjoyment and eye candy, this is a fun romp with sexy characters in the sexiest city on earth. It’s as good for you and as Americanized as baked brie, which wouldn’t be a bad pairing for the series.—N.D.

If it’s not a Law & Order episode from the 90s that I’ve already seen 13+ times, I haven’t had the attention span to watch it for the past few months, what with all the cooking, dishes, frantic Twitter scrolling, and filling up various online shopping carts with all kinds of “joggers” that I may or may not pull the trigger on that needs to happen every night in my apartment in this Groundhog Day life I now lead. The lone exception to this general rule is The Queen’s Gambit, which I managed to watch in its entirety in two days, despite the fact that it is a multi-episode television show about Cold War-era competitive chess, which is not, on its face, “my thing.” The story and its compelling main character, a socially-awkward, pill-popping orphan named Beth Harmon with a penchant for period fashion and unavailable men, provide more than enough fodder to keep things interesting beyond the actual chess matches, however. And, if I’m being honest, I got pretty into the chess parts of it too, much to my surprise. Even if the outcomes of the tournaments are predictable, the show has a quirky, unexpected edge to it that feels new and fresh, and it might be just the thing to get you through this year’s downsized Thanksgiving weekend.—K.H.

There is nothing that titillates the news media like stories of female teachers “seducing” male high school students. These stories of statutory rape are usually fetishized in the coverage whether in news sources or movies. A Teacher, a new FX on Hulu miniseries, follows a female teacher (Kate Mara) as she takes a special interest in one of her students, resulting in a manipulative affair. What is interesting about this show is the deep dive it does on the grooming process of a predator, teaching the viewer how it works, even under the nose of busy parents and close friends. What’s made complicated by grooming is that the victim often thinks that they were the ones initiating the seduction, and not realizing the subtle manipulations that got them to that place. The show comes with trigger warnings and a resource page and was created with the advice of the anti-sexual violence organization RAINN, and brings up issues and subtleties that are important in #metoo conversation.—M.C.P.

How to with John Wilson, HBO

Chances are you’ve watched a lot of television during the pandemic, and most likely everything is blurring together at this point. The writer Kyle Chayka wrote about the phenomenon of Ambient TV for the New Yorker signaling out shows like “Emily in Paris” and “Chef’s Table” for their lusty landscapes and “Instagram friendliness.” Most of what I’ve watched on television fits into this mold, and feel more likely to be created by an algorithm than having any real vision or voice. The exception is “How To With John Wilson.” This might be one of the best New York shows ever made, with a focus on the absurd details of city life that hasn’t been seen since Seinfeld. Part travel show, part man on the street, part art project, John Wilson stays behind the camera and investigates different topics such as splitting a restaurant check or making small talk. The episode on why there is so much scaffolding will make you rethink everything. Each episode goes in surprising directions that will make you gasp with laughter. His reliance on extensive b-roll (which must have taken years to compile) of misspelled shop signs, forgotten sidewalk trash, and the characters that live here, shines a light on the overlooked stitches that make up the fabric of NYC.—M.C.P.

Joe Pera is my COVID-era savior. With Pera’s soft-spoken narration and its lovable off-beat characters, Joe Pera Talks With You—a short on Adult Swim—strikes a tone between Mr. Rogers Neighborhood and The Adventures of Pete and Pete. It celebrates the simple things. Its humor is in its sweetness. It’s like watching a pair of 6-year-olds have a conversation about the deliciousness of lollipops. It’s like watching an elderly, earbud-wearing gentleman on a morning walk as he suddenly begins to snap his fingers and wiggle his shoulders to a secret beat. The premise is simple: Joe Pera grows beans; he discovers The Who; he coaches a high school choir; he hangs out at a beauty parlor with a crew of sassy grandmas; he falls for a petite survivalist (played by Jo Firestone), romanced by the full-on bunker in her basement. (Gosh, I love her, too.) In real life, Pera wrote a book with a title that speaks to my heart: A Bathroom Book for People Not Pooping or Peeing But Using the Bathroom as an Escape. From my perch on our closed toilet seat, I look forward to its launch in May 2021.—K.Z.

When you’re all caught up on TV, you’ll want some fresh movie recs. The problem is, as Hollywood still figures out how to reboot—the new Wonder Woman has now been pushed to Christmas Day, in the first-ever blockbuster release to the screen and streaming—you’ll need to get creative. I have a preteen at home, which has become a great excuse to re-watch classics like Dirty Dancing, Say Anything, and Rear Window. I highly recommend thinking back to what you loved in your teen years to stumble upon an old favorite.  You can also use our dinner and a movie guides from previous years, or these iconic movie and cocktail pairing recommendations to inspire you.—N.D.