The albums that moved us this year never got the live audiences they deserved, but they probably left a more indelible mark. I know I will never be able to hear Fetch the Bolt Cutters without thinking of my homebound spring, and how its lyrics kept me sane. Music was one of the few balms of 2020, a soul-affirming, body moving reminder that art can carry us through some very dark times. Here are the new albums that brought us bliss, followed by a playlist of the best tracks from each one. 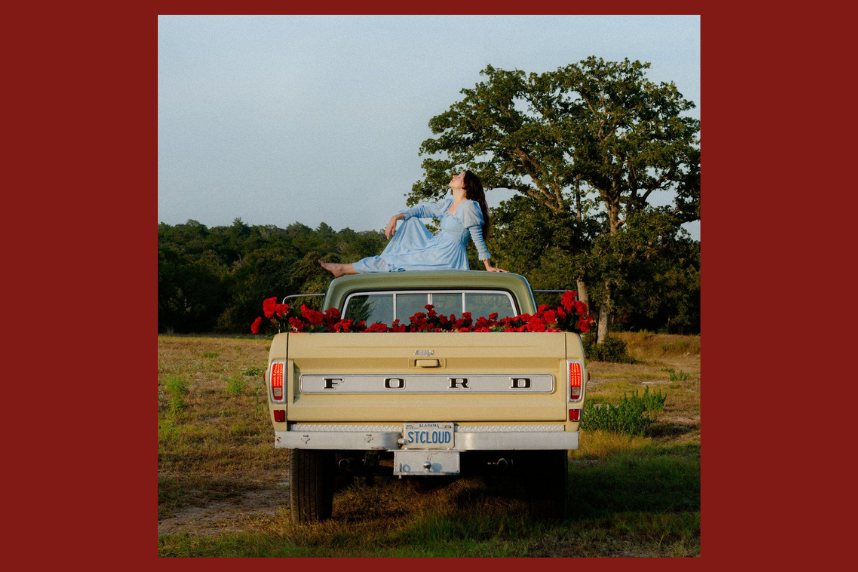 I love this record. I love Katie Crutchfield’s lyrics, her catchy choruses, and her sun-drenched melodies. She writes the kind of songs that wrap you up like a blanket, and she has the kind of voice that welcomes you to sing along. Saint Cloud has been tagged a modern Americana album, and it hearkens back to the easygoing alt-country records that I’ve loved since the 90s – Lucinda Williams’ Car Wheels on a Gravel Road, the Jayhawks’ Tomorrow the Green Grass, and Wilco’s A.M. The hook from “Fire,” has become my mantra: “If I could love you unconditionally/I could iron out the edges of the darkest sky.” As Crutchfield explained on Song Exploder, this is about self-love and getting sober. Personally, I sing it to myself while peeling my 6-year-old off the floor because she doesn’t want to go to her third Zoom meeting of the day. But what if my unconditional love doesn’t soothe her? Alas, then the next line goes, “For some of us it ain’t enough/It ain’t enough.” —K.Z. 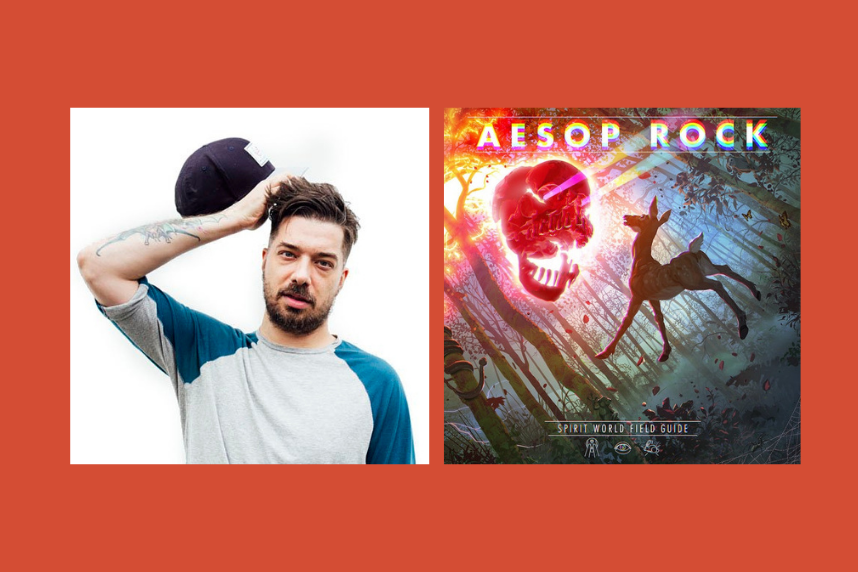 Some people use meditation apps to soothe their brain, but I find deeper comfort in the warp-speed words of Aesop Rock. He raps faster than my own spiraling inner-monologue, though a few octaves deeper, coating his own anxieties in jokes and swagger. He’s known for having the highest vocabulary in hip-hop, and after spending some time in Peru’s Amazonian jungle, he made Spirit World Field Guide, this spooky and joyful record about the fuzzy borders between our world and the next. On “Pizza Alley,” he says, “High and writing Ayahuasca letters back to Melmac/Dear friends/Send help yesterday.” But you don’t need psychotropic tea and visions of Alf (the Melmac-born, furry, cat-eating alien from the 80s, for those who aren’t familiar) to worry about the things you can’t quite see. On “Dog at the Door,” as a pup barks at something invisible, he raps in his crisp baritone, “Uh, it’s probably a cat/Might be a guy with an axe.” His slant rhymes are tucked into hooks and beats you can jog to, sweating out the dread, plodding into another dimension. —K.Z. 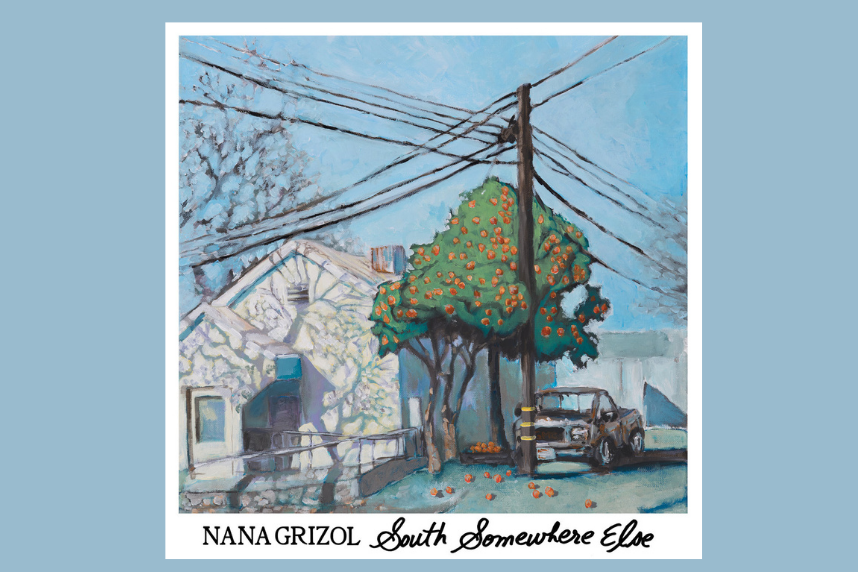 For anyone who finds delight in a loose-limbed Neutral Milk Hotel horn-line or happiness in the messy pep of the Apples in Stereo, Nana Grizol is a treat. This Elephant 6 band falls in slipshod step with its brethren, but on South Somewhere Else, the lyrics are way heavier than the super-bouncy melodies upon which they float. Bandleader Theo Hilton grew up in the politically progressive town of Athens, Georgia, where, as he repeats in the title track, “It was assumed that the South was a thing/That took place somewhere else.” But he goes on to add, “The segregate sound of that old college town/Rings so loud to me now, I must say.” His songs make you want to dance, without dancing around big issues. In the addictively catchy “We Carry The Feeling,” Hilton spins a story of a young queer person navigating first love in a heteronormative punk scene: “For sweet boys on sweaty days/Don’t know what we craved, it remains unspoken.” Progressive politics run through every song, but never with a heavy heart. Just watch the video for “Future Version,” in which the band is singing about justice while dressed up as bumblebees and butterflies emerging from googly-eyed cocoons.—K.Z. 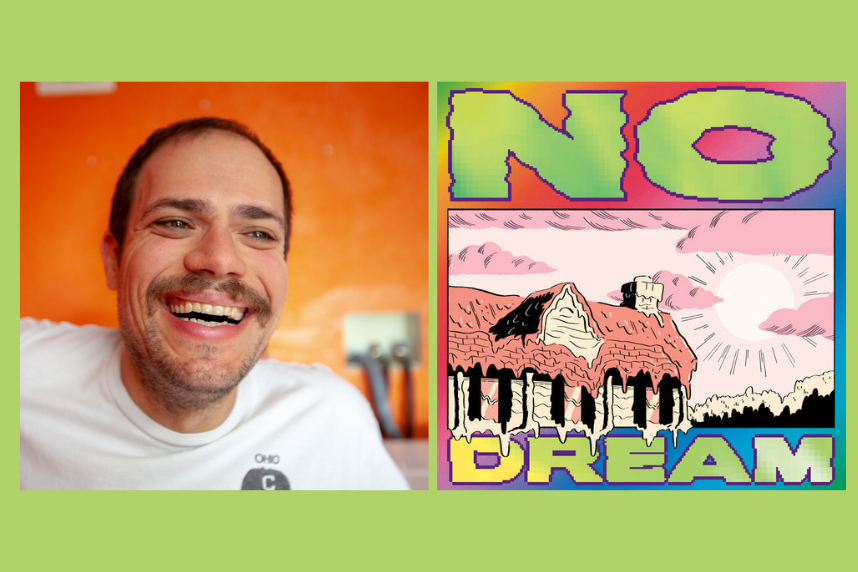 One of the things I missed most this year was the energy in the room at a Jeff Rosenstock show, the packed-in crowd at Bowery Ballroom shouting every word with him, hundreds of fists in the air. I miss wringing my hands as Jeff would crowd-surf during his saxophone solos. (Full disclosure: Jeff is a close friend of mine, though I suppose I’d still worry about him chipping a tooth even if he were a stranger.) Anyway, NO DREAM is the big-hearted punk rock record that everyone needs right now. Jeff’s magic power is expressing all the Big Feelings that are easier to stow away—anger and sadness and love—so listening to this record (preferably on seafoam vinyl ) has brought me a much-needed catharsis. However, it’s really catchy and filled with well-placed curse words that I’m not ready for my small, perceptive children to repeat. (Example: “All these other motherfucking dipshits can bite me/’Cause you’re the only person that I wanted to like me.”) But! If you have kids who never leave you alone, you can (and should!) watch the Craig of the Creek, the heartwarming Cartoon Network show for which Jeff handles all the music. You can listen to the soundtrack of the musical episode, “In the Key of the Creek,” here. It’s a joy-packed 2020 masterpiece that shouldn’t be missed.—K.Z. 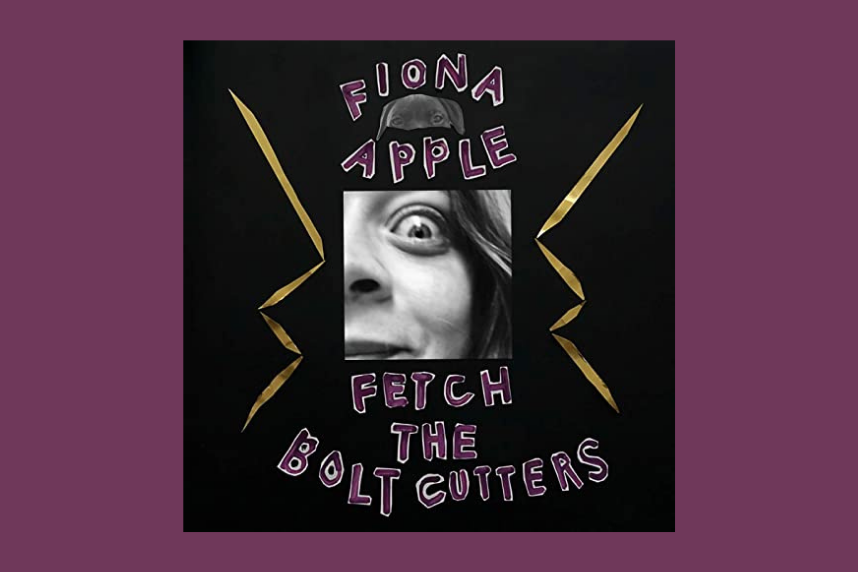 Back when she was a teenager in the late ‘90s, Apple released her groundbreaking debut album, Tidal, which went triple platinum and won her a Grammy. Before 2020, her most recent full-length release was eight years ago. If you’re looking at about 25 years between Tidal and Fetch the Bolt Cutters, with a long gap in between the latest albums, the tendency might be to think that there would be some sort of fall-off in quality. That couldn’t be further from the truth here. Apple is still creating music that sounds about 20 years ahead of its time, taking the piano in all sorts of directions while adding other sounds (are those dogs barking?) to create a sonic masterpiece, with her voice as strong as ever. She’s earned a few Grammy noms this year, but was snubbed in the Album of the Year category, considered one of the biggest misses in the upcoming awards—and rightly so.—V.S. 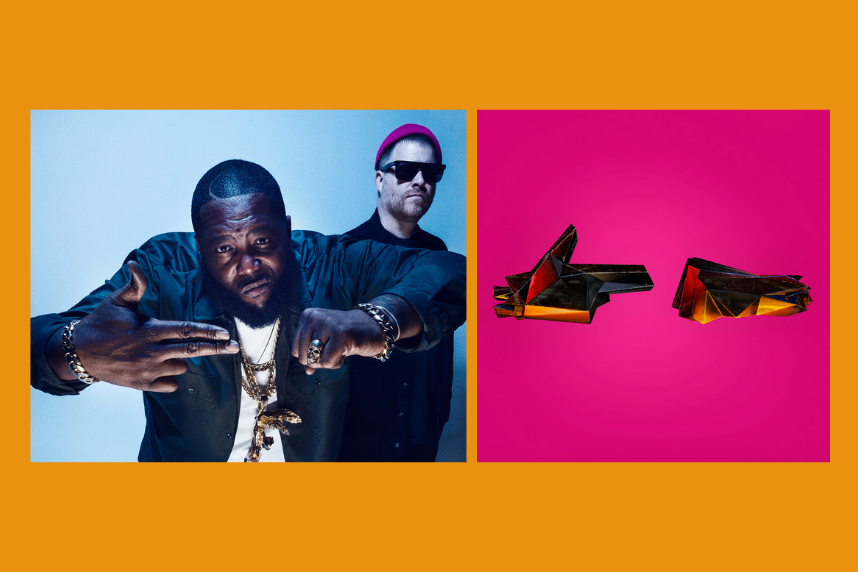 2020. What can you say? If the year was an actual person, it would rightly deserve a punch in the face. Of course, that can’t be done, but Run the Jewels sure delivered a metaphorical smackdown with the release of its latest album. Killer Mike and El-P continue to play off each other perfectly both lyrically and delivery-wise as they drop gems that sound like a rallying cry against this year. Rage Against the Machine frontman Zack de la Rocha collabs with the duo once again, while rock god Josh Homme; super-producer Pharrell; hip-hop legends Greg Nice and DJ Premier; and the queen, Mavis Staples, show up, too, on one of the year’s best rap albums.—V.S. 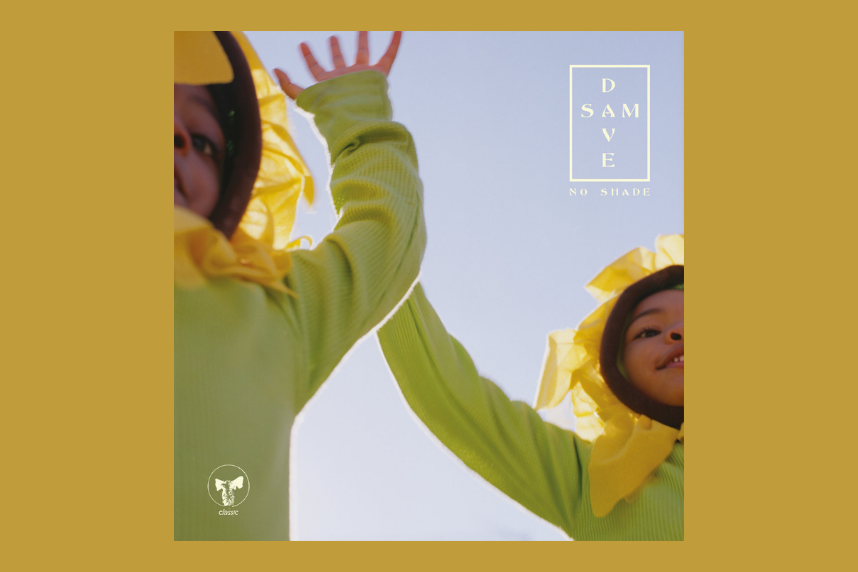 Remember the dance parties in Fort Greene Park on Sunday afternoons? Or being in a bar with your friends, bobbing your head to what the DJ was spinning, even if you didn’t recognize the tune but just knew it sounded good? No Shade by Dave + Sam captures those feelings and then some. Dave Giles smoothly delivers lyrics that both rail against injustice and deal with human interaction over brilliant production by Sam O.B. that takes House music in bold new directions. Recorded in Brooklyn, No Shade deserves to be the soundtrack for any and all occasions where we can dance freely together again.—V.S.

Jeff Tweedy, Love is the King 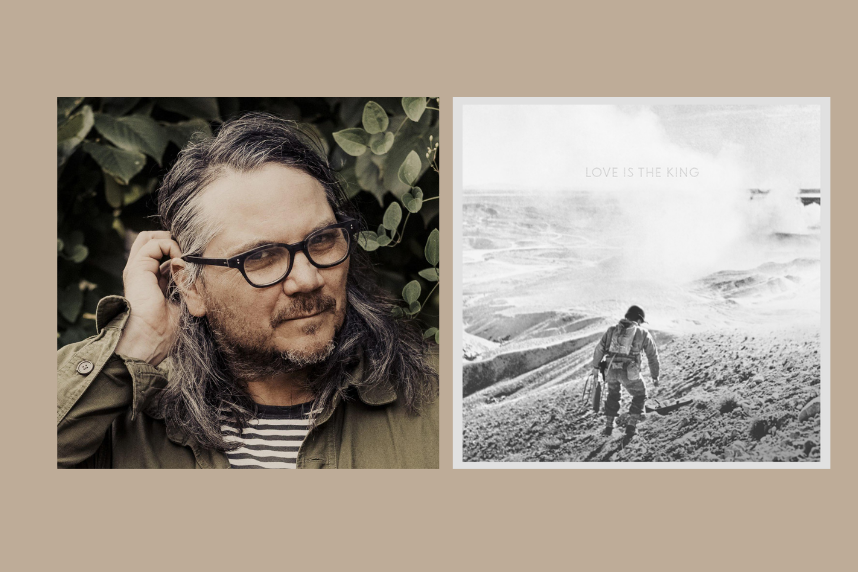 If you’re a fan of Jeff Tweedy, you can’t help but be happy with how prolific he’s been since 2015: His Grammy-winning band Wilco has released three albums since then, and he’s also written a couple of books, too. Plus, he’s decided to do the solo artist thing over that time, with his latest, Love is the King, his fourth in as many years. Each one has been better than the last, with Love a crowning achievement among them. In true Tweedy form, the lyricism is there, but what separates this from the most recent Wilco releases is a more straightforward approach to the music, creating an album that you can kick back with from start to finish. Wilco albums nowadays? Not so much. Love is the King is an easy—and enjoyable—listen.

The Psychedelic Furs, Made of Rain 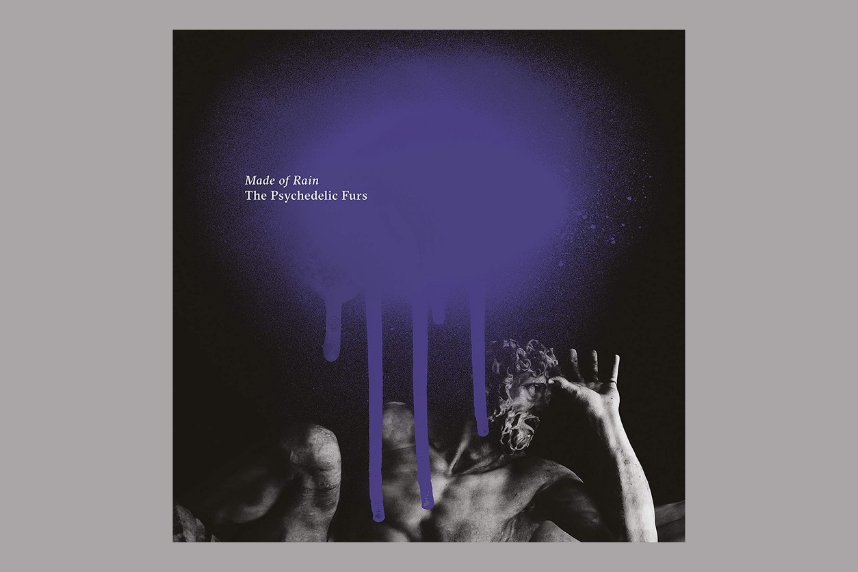 The title of 2020’s musical comeback of the year could go to the legendary ’80s British alt-rock band the Psychedelic Furs, led by brothers Richard and Tim Butler. Made of Rain is the group’s first new album in almost 30 years and a fine return to the melancholy and dark post-punk sound of their first two albums. Richard Butler’s gravelly, charismatic singing still remains intact for the album’s mix of dramatic rockers and reflective songs. Welcome back, guys. 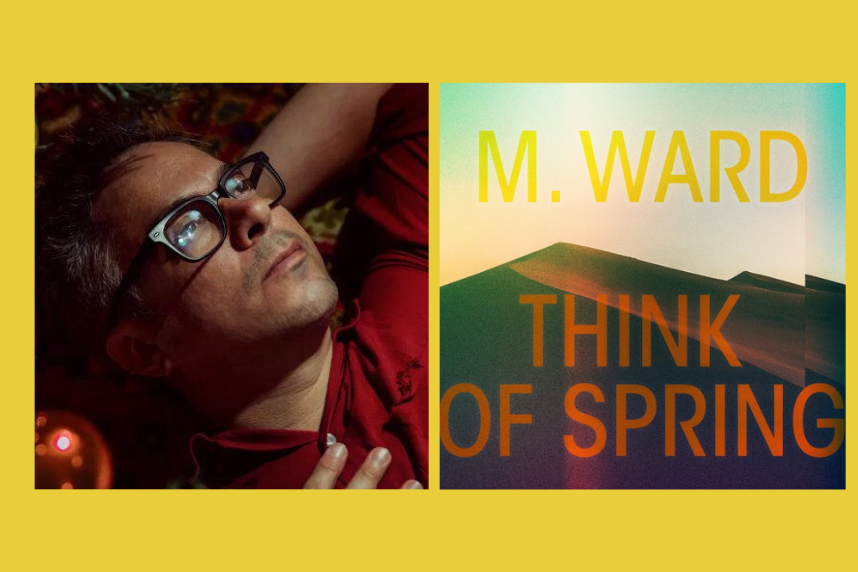 Having already released his most recent studio album Migration Stories earlier this year, the singer-songwriter-producer M.Ward (who is also one half of the duo She and Him with Zooey Deschanel) just put out Think of Spring. It is a tribute album to Billie Holiday, featuring covers of songs from the jazz great’s second-to-last record Lady in Satin before her death in 1959. Using just his voice and guitar, Ward offers folkish and stark takes of such standards as “I Get Along Without You Very Well,” “But Beautiful,” and “I’m a Fool to Want You”—while still evoking Holiday’s distinct vocal phrasing and Ray Ellis’ string arrangements from the original Lady in Satin album. 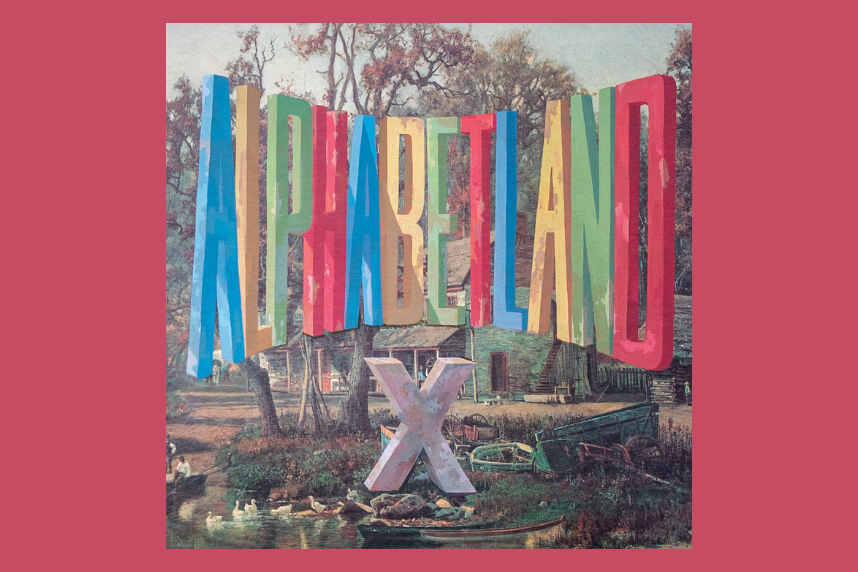 Forty years after roaring into public consciousness with their classic debut Los Angeles, the punk quartet X turned in their latest album, Alphabetland with the same verve and energy of their earlier efforts. With lyrics that aptly fit the mood and climate of what we’re going through right now, Alphabetland contains a good number of rockers such as “Delta 88 Nightmare” and “Water and Wine” along with some stylistic deviations like the rhythmic and funk-influenced “Cyrano De Berger’s Back” and the jazzy, spoken-word piece “All the Time in the World.”