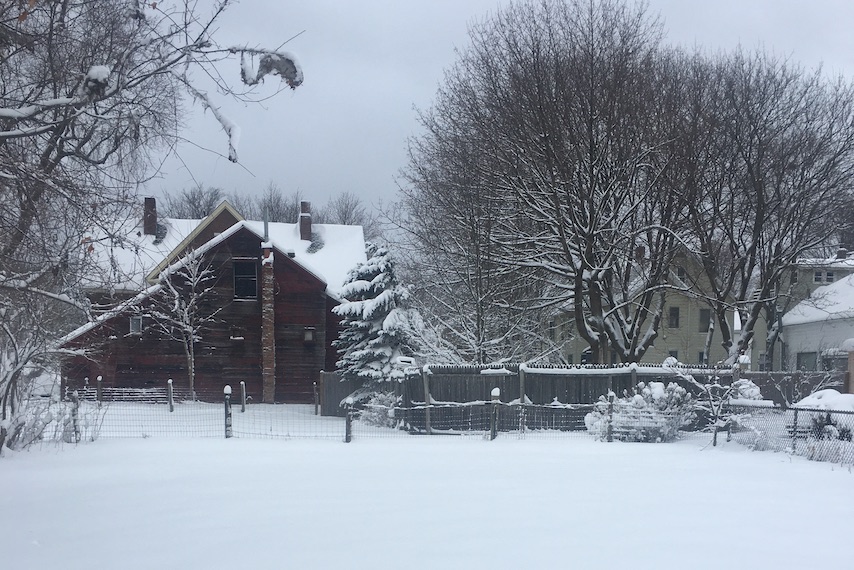 Greetings from Vermont, where it is currently very snowy. My name is Annaliese Griffin and some of you may remember me from when I was editor-in-chief of Brooklyn Based. A little more than four years ago I left Brooklyn to move to Vermont with my husband and son. A lot of you may have made similar moves, to the Hudson Valley, to New Jersey, or maybe even here. Even more of you may be considering such a move.

In this column I’ll explore what it has been like to live in a rural place after after 13 years in New York City—the longest I’ve ever lived anywhere. I’ll kick off by trying to answer a crucial question: Is the quality of life higher? Is life easier? The short answer is yes, life is easier here. But it’s also lonelier. 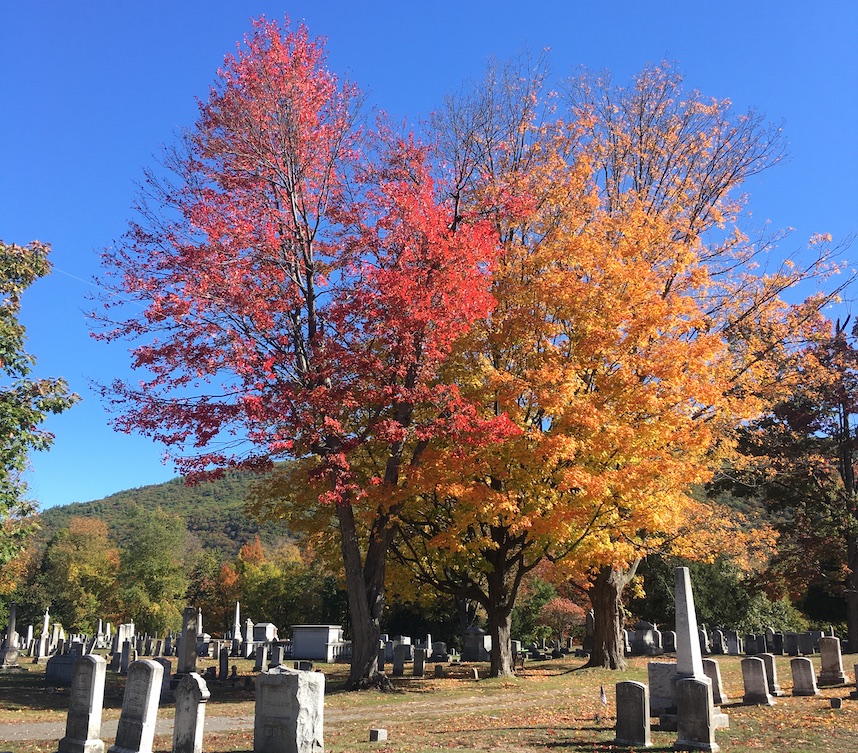 We live across the street from an 18th century cemetery.

When we moved to Vermont my son was 18 months old, my husband was burned out after more than a decade of working in restaurants and the service industry, and a bad business divorce, and I was convinced that my career as a journalist was over. I freelanced for a year, calling every editor I knew and taking every gig I could and eventually got a job as a reporter at Quartz. We had a second kid, bought a house, and I still got to visit New York a lot for work.

Then the pandemic hit.

My kids, then two and five, were home all the time. My co-working space (yes! we have those) closed. I got laid off along with about half the newsroom. I returned to freelancing. The past year has been such a crucible that it’s hard to sort out how to talk about where we live and quality of life without focusing on the pandemic. But we’ve all lived through this, and will carry it forward in all our decisions going forward, so I think that framing is valid—a lot of things are never really going to return to what we once considered normal.

I’m not sure how my family would have made it through the past 11 months in a New York City apartment. We have a small house, but we have a big backyard. Last spring, when playgrounds were closed, we made a junkyard play area with boards and tires, and whatever else we could find in the basement and garage for the kids. We have bonfires and literally chat with the neighbors over the fence. Distanced and masked, of course. During the summer we became familiar with every state park within an hour’s drive, swam almost daily, and explored lakes and swimming holes.

One of my biggest realizations over the past year, was how much I appreciate the neighborhood connections we’ve slowly built up over time. The flip side of this is that if you move next month, or yesterday, those don’t exist yet for you, and in rural places they take time to build and a lot of your usual pathways, like chatting with other parents at school drop-off, volunteering, in-person work, are currently just not happening.

Maybe it’s different in other rural places, or in suburban enclaves full of former New Yorkers, but New England is not an easy place to make friends. Sure, people smile and nod and are outwardly friendly, but just try getting a dinner party together. People don’t really talk about their work, politics has become so fraught that few are willing to wade into that mess, and no one watches the same television anymore. So you end up talking about your kids a lot, which is the most boring thing in the world, especially when you’re with them all day every day.

My last apartment in Brooklyn had a deck that I still miss, even though we have one that is twice as big now and plus a giant garden. We entertained constantly on that deck. This summer, our fourth in Vermont, was the first time we really had a group of friends to invite over for a barbecue. Thanks to strict rules during the original lockdown and a population largely willing to wear masks and follow distancing rules, the warmer months were like a vacation from Covid—a vacation with masks and strict limits on the number of people allowed at the town pool or at the lake.

The return of harsh restrictions (between Thanksgiving and Christmas the governor asked Vermont residents to refrain from socializing with any other household, even outdoors), has made me realize how much I appreciated those easy afternoons in the backyard. A friend organized a secret solstice (yes, it’s Vermont) exchange where we dropped books off on each others’ doorsteps, and I engineered a Thanksgiving pie swap so that even sequestered alone in our homes, individual family units, everyone could enjoy many different kinds of pie. On inauguration day we did some light rule-bending with two other families and drank hot buttered rum around a bonfire and marveled that the world wasn’t actively on fire.

If I moved here now though, I wouldn’t have any of that. We didn’t even have that solid a network this time last year. It’s taken the isolation and the strangeness of the pandemic to truly bond us to other folks. We have new neighbors from Brooklyn who bought a house around the corner, but we’ve only met them once, during a neighborhood Halloween parade. It’s not their full-time residence, at least yet, and Covid precautions make the normal welcome wagon activities like knocking on the front door and saying hi epidemiologically awkward. I’m dying to be the actually friendly neighbor who invites them over to drink wine and talk about the bars we used to go to, so it won’t take four years and a pandemic for them to feel at home. Soon.