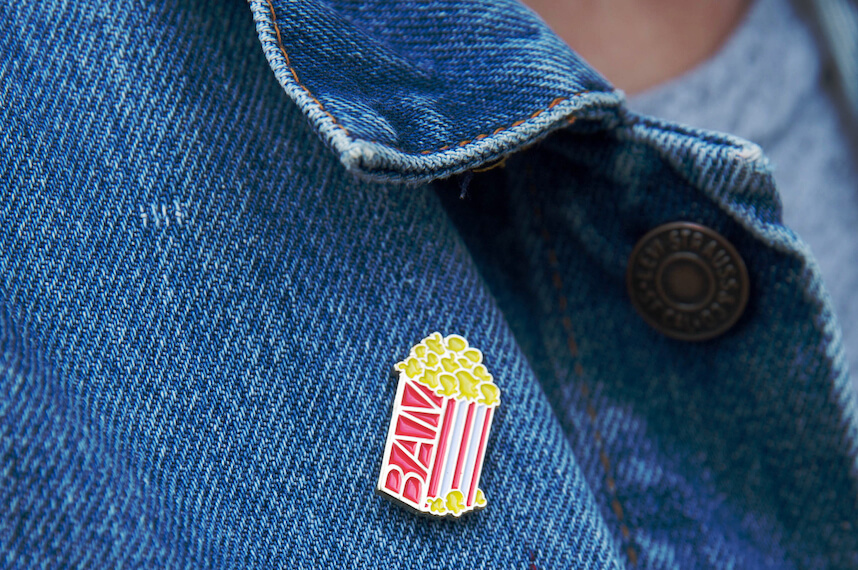 If you’ve read and discussed Stella Bugbee’s enlightening article on “Zizmorcore” in The Cut, then you know that the latest unironic trend is the city itself. New York pride is at an all-time high, and everyone wants to brand themselves as a real “New Yorker” who has a favorite old school slice shop, and gets the hyperlocal Dr. Zizmor reference.

I nodded along in appreciation at lines like: “Why do I covet this not particularly attractive T-shirt from Sahadi’s?” while thinking about my collection of “Ziz” swag accumulated over a decade-plus in the city. Lately I’ve been donning my pink Sammy’s Roumanian (RIP) t-shirt that was thrown to me in the “Jewish disco” party room, schlepping my belongings in the Strand tote bag (remember a few months ago when we needed to “save The Strand!!”), and hydrating with a Modell’s (RIP) water bottle that I received in a gift bag at a 5K run.

This year has been brutal for small businesses and many of these institutions have been touched, if not bankrupted by the pandemic. “Gotta go to Mo’s” is now an obsolete invitation and there will be no more “vodka on ice” at Sammy’s, at least for the time being. You’ve missed your chance.

Zizmorcore isn’t just about jumping on the latest trend train. It’s a visual representation of support for the old-school institutions that we don’t want to lose. In this borough, there are so many places that make each neighborhood special, and we want them to exist after the coronavirus has disappeared. Let’s criss-cross Brooklyn and hunt down some borough-specific “Ziz” swag, and never “fuggudabout” these places. 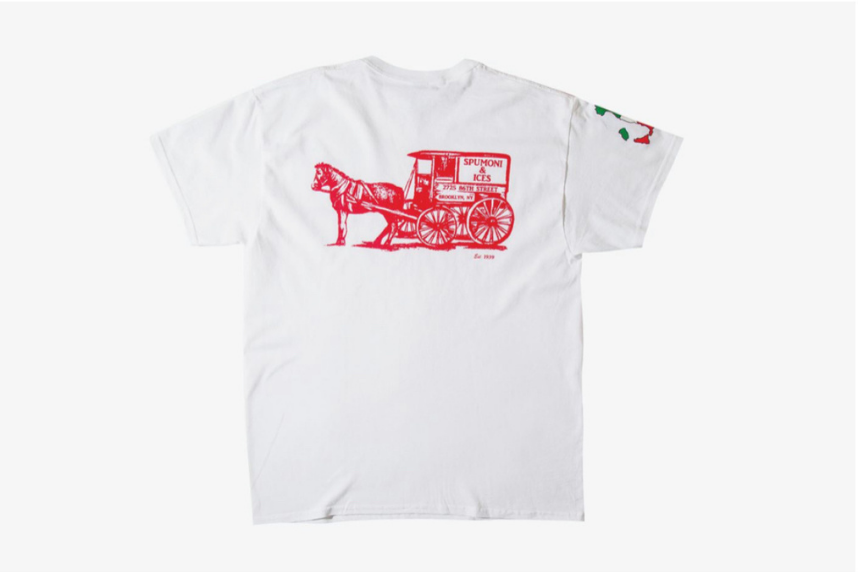 Serving Sicilian-style pizza to Brooklyn since 1939, this iconic Gravesend spot is worth the trek. Our writer, Kara Zuaro, calls it “thicker, doughier and chewier than a round pie, with the perfect amount of crunchy char on the bottom and around the outside.” Get a pie to sit in their parking lot “garden” and buy a t-shirt (in person only) when you’re finished.

Do you need any more reasons to support the Brooklyn Public Library? Let me just remind you that you can read any book and attend unparalleled events for free all year long. All proceeds from their shop go to support BPL’s programs and collections throughout the borough. This coffee mug ($10) will keep you caffeinated for all the reading you’ll need to catch up on when the libraries fully reopen. 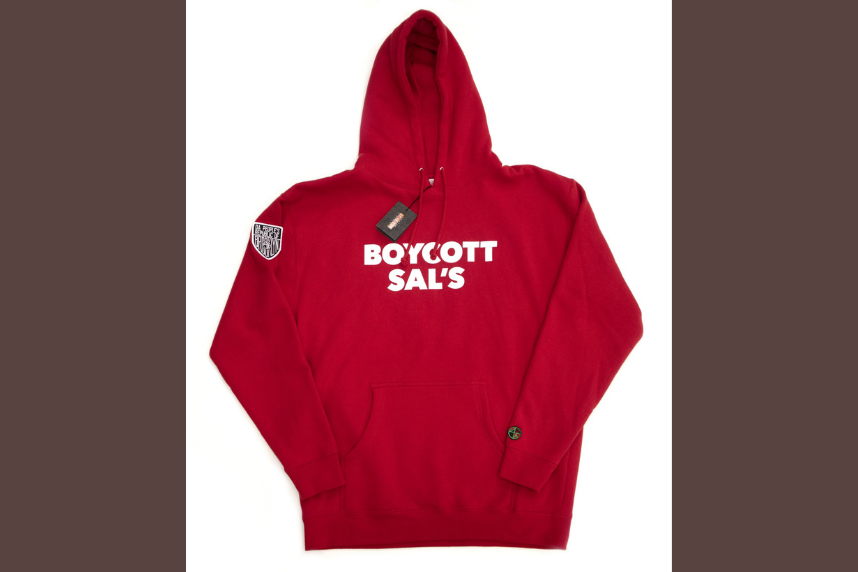 Ok so this place doesn’t actually… exist. But if you want an artistic representation of Brooklyn through the years, just follow Spike Lee’s canon of work. Do The Right Thing is arguably the most quintessential of Brooklyn films and continues to have a cultural impact. Show your film fandom by wearing a “Boycott Sal’s” hoodie ($80), a nod to the scene when the character, Buggin’ Out, complains to Sal about how there are no photos of black people on the restaurant’s “Wall of Fame.” When he gets kicked out, he proposes a boycott of the restaurant, the inspiration for this excellent bit of swag. 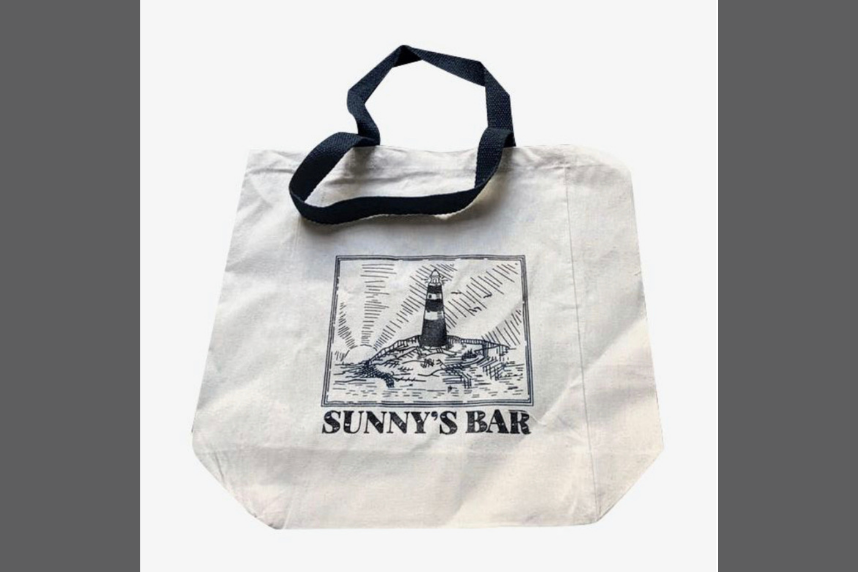 We’ve written about Sunny’s before as one of the best dive bars in Brooklyn. “Sunny’s is Red Hook’s staple; literally, it’s been here since the 1890s. It’s gone through different owners and Sunny (whom this incarnation of the bar was named after) has passed away. (Tim Sultan’s memoir, Sunny’s Nights, about tending bar here with Sunny is a terrific portrait of him.) Somehow, often by the skin of its teeth, the bar stays open.” Show some love with a $10 tote bag. 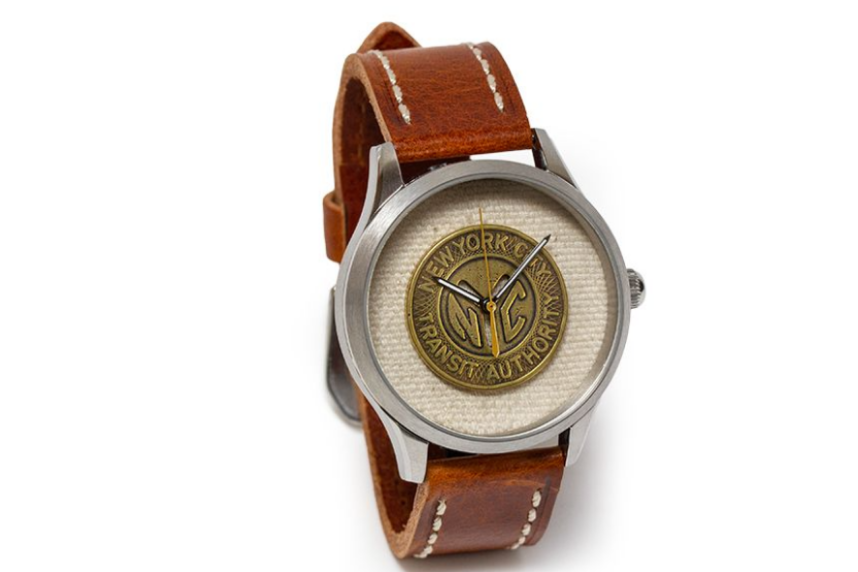 One of the best Brooklyn-centric gift shops is right under our feet, literally. This museum is where you can buy your favorite subway T-shirt or purchase a MetroCard holiday ornament. But nothing says you’re an old-school New Yorker more than being able to remember when tokens were used instead of swipes. Keep the past alive with an authentic NYC Subway token watch ($265), which has more cred than your Rolex. 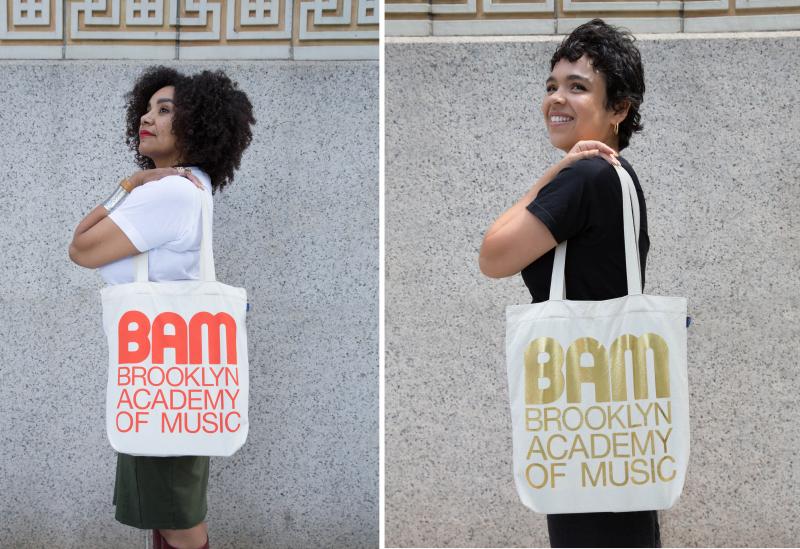 One of the most important cultural institutions in a city full of them, BAM is home to a spectacular range of experiences. The Fort Greene cultural complex hosts screenings, readings, concerts, live podcast tapings, food festivals, live theater, dance, and every other way a human being can turn life into art. You can also get a mean bucket of popcorn and watch an action movie here. There’s nothing we don’t love about BAM. Get a BAM tote bag at Greenlight Bookstore ($20), and add a Greenlight onesie ($17.95) for your littlest reader.

We, like every other Brooklynite, are obsessed with the cook’s paradise, Sahadi’s. As Regina Bresler writes, “Founded by a Lebanese family in Manhattan back in 1898, Sahadi’s has blessed Brooklyn since 1948 with its expansive middle eastern offerings, catering, and variety of dry goods by the barrel.” Take a number and grab (in person) a Sahadi’s T-shirt or tote. 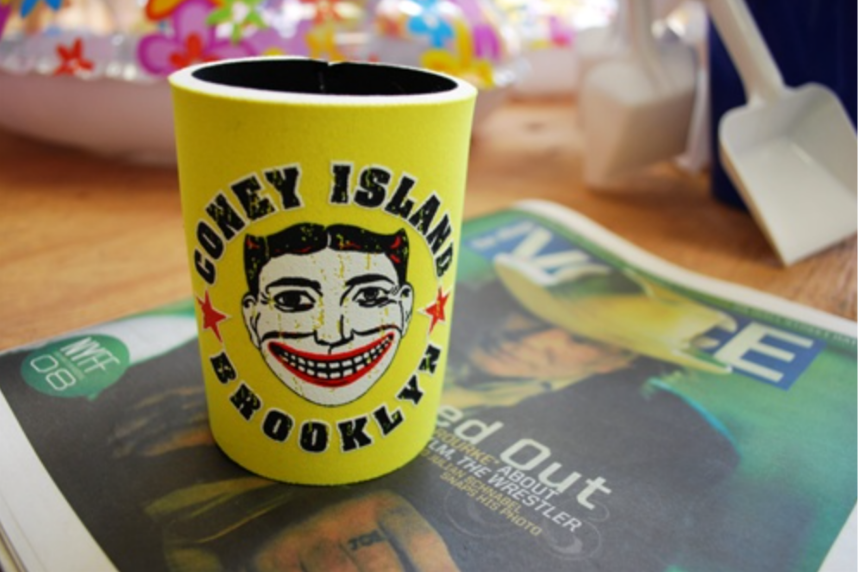 Coney Island is Brooklyn’s top summer destination. What’s not to love with hot dog eating contests, amusement parks and a long stretch of beach? “Just remember, leave your hang-ups at home, right alongside your calorie counter, dislike for large crowds, and any belief that you are a full-grown adult. Coney Island really holds some kind of magic, and you can feel its history winking at you from odd places if you know where to look,” writes Brooklyn Based’s Regina Bresler. Coney Island Beach shop offers up souvenirs that you’ll want to use all year round: Warriors towels, Cyclone shirt, or this classic Coney Island “Tillie” beer can cozie ($5).

Key Foods is a cooperative of generally unloved, independently owned grocery stores in Connecticut, Massachusetts, New Jersey, New York, Pennsylvania, and Florida, but it was founded in Brooklyn in 1937. Randomly, the Key Foods in Brooklyn Heights is more eccentric than others with a mannequin named Gregory to greet customers at the entrance, and a line of swag on offer.  The Key Food Montague dad cap or tote is the epitome of local fare. 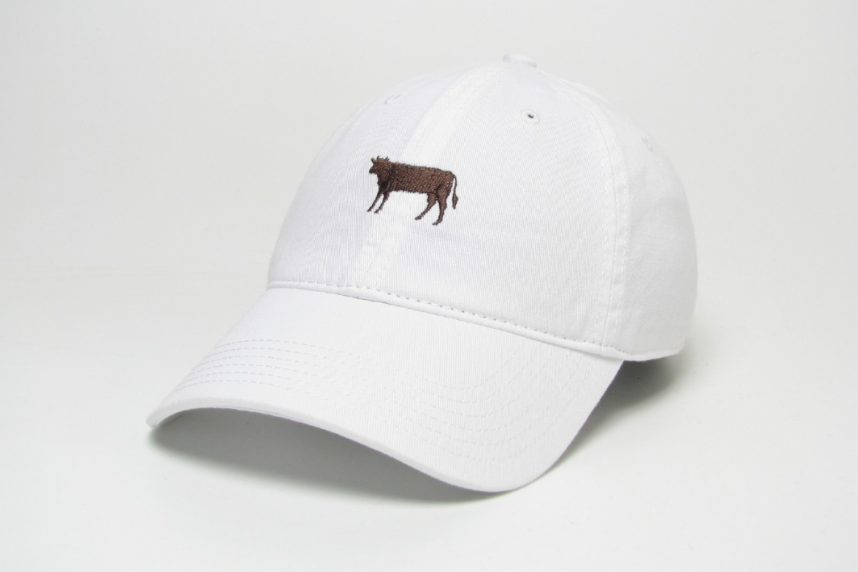 Brendan Spiegel writes, “Peter Luger Steakhouse has been serving up sizzling porterhouse steaks since way, waaaay before Williamsburg became a culinary hotspot. In fact, when the first iteration of Luger’s opened back in 1887, the bridge that now towers in front of the restaurant wasn’t even built yet.” Show how much you love Luger’s beef by rocking this white baseball cap ($24.99) with the logo on the back.

There are still people who believe that Junior’s is the best cheesecake in the world. Brooklyn Based writer, Kara Zuaro, asks, “Junior’s: Tourist trap or historic Brooklyn destination? Since it opened as a Kosher-style restaurant on Flatbush Avenue in 1950, Junior’s has expanded into a mini-chain with two locations in Times Square and another at Foxwoods Casino in Connecticut.” President Obama had a cringely cheesecake meeting with Bill de Blasio at the Brooklyn location way back in the very before times. Weigh in on the debate with this classic T-shirt ($28.95).